VIEWER’S GUIDE: A Windy Fall Day for Elimination Round 1 of Summit Cup 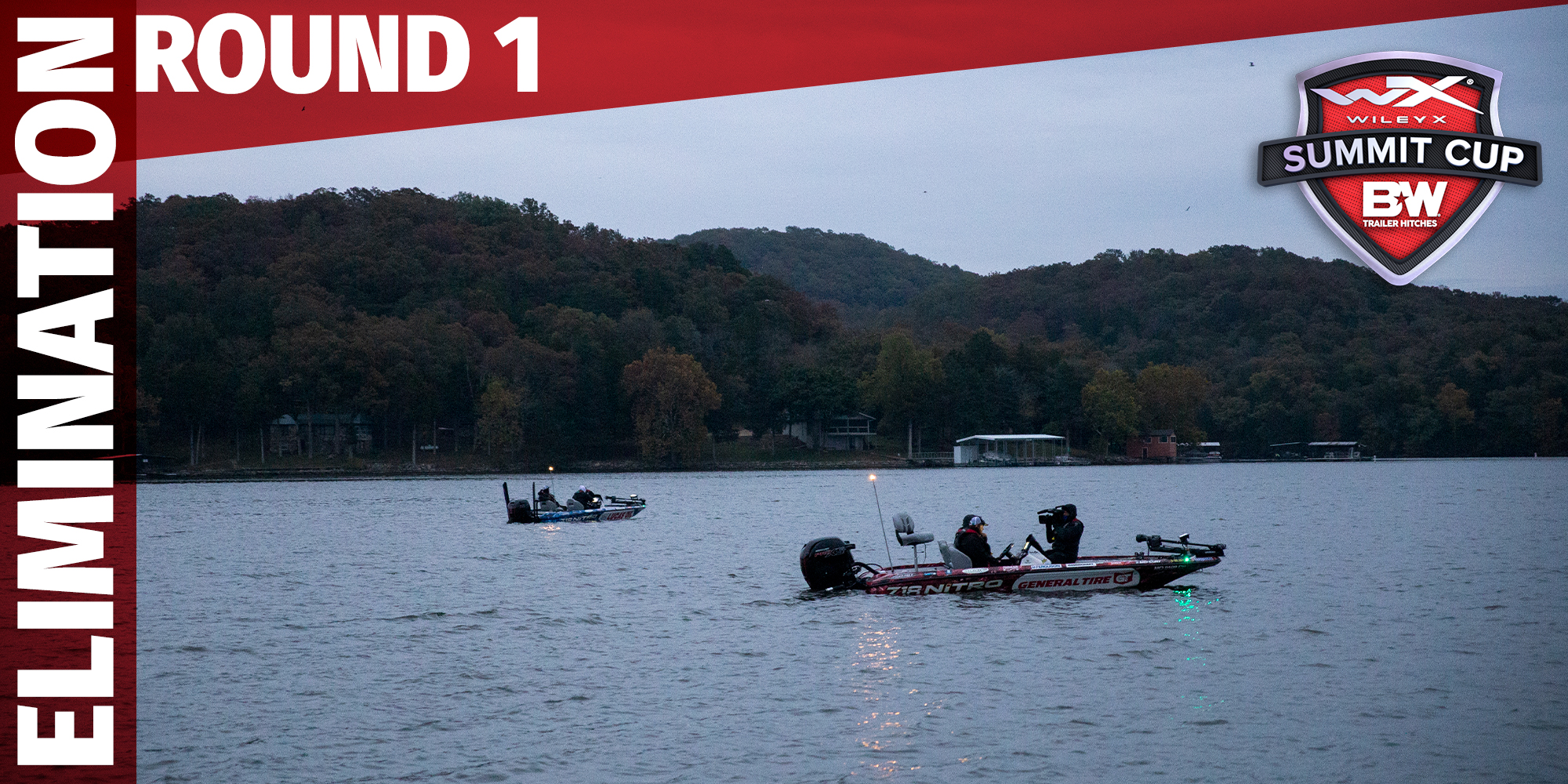 The first Elimination Round of the 2020 Summit Cup begins in central Missouri. Photo by Phoenix Moore

OSAGE BEACH, Mo. – A new body of water presents new challenges for the 30 anglers competing in the 2020 Wiley X Summit Cup Presented by B&W Trailer Hitches. The 10 anglers fishing in Elimination Round 1 were sectioned off into the Gravois Creek area in October of 2019 when the Summit Cup was filmed. Only the Top 6 pros after three periods of fishing will be moving on to the Sudden Death Rounds.

Fall in the Ozarks

There’s no doubt about it: it’s fall in central Missouri. MLF analyst Marty Stone says that all of the conditions are lining up perfectly for a fall fishing fiesta on Lake of the Ozarks.

“This is going to be a true fall fishing event,” Stone said. “The leaves are changing, the water level and water temperature are falling. The anglers are going to find that Gravois Creek is a target-rich environment. There are boat docks, marinas, retaining walls, but rock will be the dominant factor. The rock they find will be anywhere from riprap to chunk rock to bluff walls.”

As is typical with fall fishing, the anglers will mainly be setting their sights on the backs of creeks in search of schooling shad. Those shad will lead them to hopefully hungry bass. Stone says once the anglers get to the backs of the creeks, it will be important for them to dissect what structure or cover will be key to focus on throughout the day.

“The docks are shallow, the water is a little more stained, and there’s plenty of flooded brush and timber back there,” Stone said. “Something to keep an eye on is the weather. There will be 10 to 20 mph winds most of the day thanks to a high-pressure front that brought in rain and lightning the night before competition. When there is wind on this lake, these fish respond well.”

Breaking Down the Field

Aaron Martens and Cliff Pace headline the first group of 10 fishing on Lake of the Ozarks as the only two 2019 Bass Pro Tour Stage Champions. Martens locked up his trophy in the Show-Me State on Table Rock Lake just a couple of months prior to the Summit Cup. Pace secured his championship during Stage Eight in Neenah, Wisconsin on Lake Winnebago.

Michael Neal is competing in his fourth MLF Cup event of the season while Takahiro Omori and Aaron Martens get a taste of their third. Cody Meyer, Anthony Gagliardi, and Andy Montgomery will see Cup action for the second time this season.

Brandon Coulter and Russ Lane are both familiar with the “Anywhere is Possible” format that’s unique to the MLF Cup events. Coulter won the 2019 Challenge Select on Lake Champlain, and Lane also competed is several MLF Selects. But this is unchartered territory for Cliff Pace and Gerald Spohrer.

The 10 competing anglers bring us Elimination Round 1 on Saturday, May 16 at 2 p.m. ET on Outdoor Channel.