VIEWER’S GUIDE: Conditions Lining Up for Quick Sudden Death Round 2 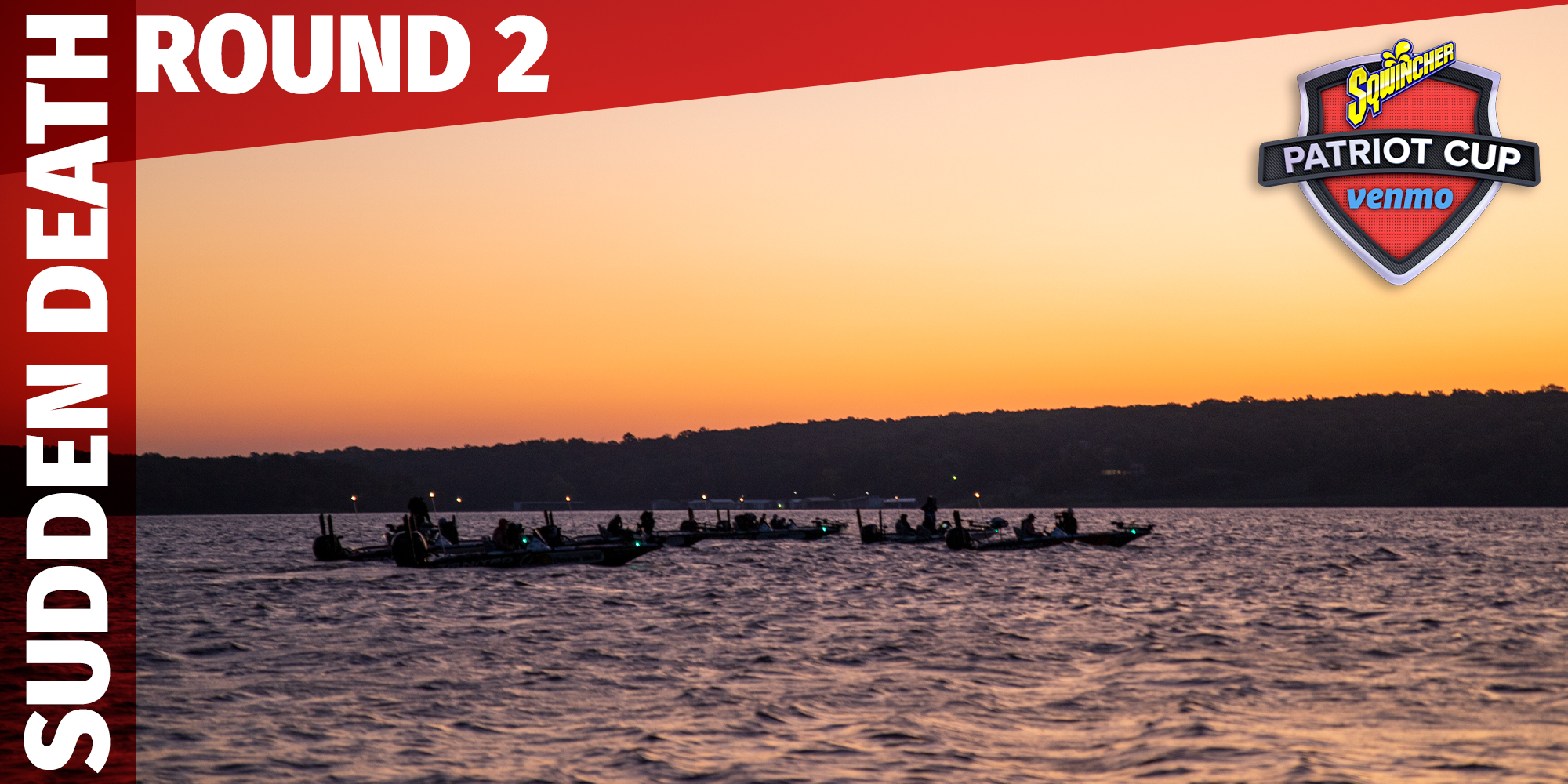 The final nine Patriot Cup pros hit the water on Oklahoma's Fort Gibson Lake as they vie for a Top 4-finish and seat in the Championship Round. Photo by Joe Branch

Back to Fort Gibson

However, unlike the other rounds, expect nothing but clear and sunny skies on this late-September day. Still, even with clear skies, the anglers cannot escape the rising water levels.

“Earlier in the week when we started this competition, Fort Gibson Lake was 6 1/2 feet above full pool,” MLF analyst Marty Stone said. “That has now risen to 8 1/2 feet because of all the heavy rain we have had over the past few days. There’s lots of flooded shoreline for these anglers to fish and plenty of flooded vegetation.”

Even with the high water, conditions are lining up for a good day of fishing for the nine pros.

“With the abundance of cover, the shad migrating into the shallows, and the stained water, we’ve got a lake that is stabilizing,” Stone said. “Add a south wind to all of these conditions, and I’ll be shocked if this Sudden Death Round goes a full three periods. These guys are going to catch them and catch them quick.”

The group of nine is headlined by three previous winners on the 2019 Bass Pro Tour. Jordan Lee (Stage One), Andy Morgan (Stage Three), and Aaron Martens (Stage Six) are each trying to win their first cup event of the season.

Bobby Lane is no stranger to the MLF Cup “anywhere is possible” format as a former General Tire World Champion. He will have to contend with Cody Meyer as another pro with MLF experience.

Zack Birge calls the state of Oklahoma home, but he doesn’t live near Fort Gibson. We will see if the boy from Blanchard can show he’s actually an Okie from Muskogee.

The anglers will fish for three periods on Fort Gibson, attempting to be one of the first four anglers to reach the 14-pound Target Weight. Those four will move on to the Championship Round while the other five will pack up their rods and head home.

The nine competing anglers bring us Sudden Death Round 2 on Saturday, May 2 at 2 p.m. ET on Outdoor Channel.