VIEWER’S GUIDE: Rounding Out the Championship Roster in Sudden Death Round 2 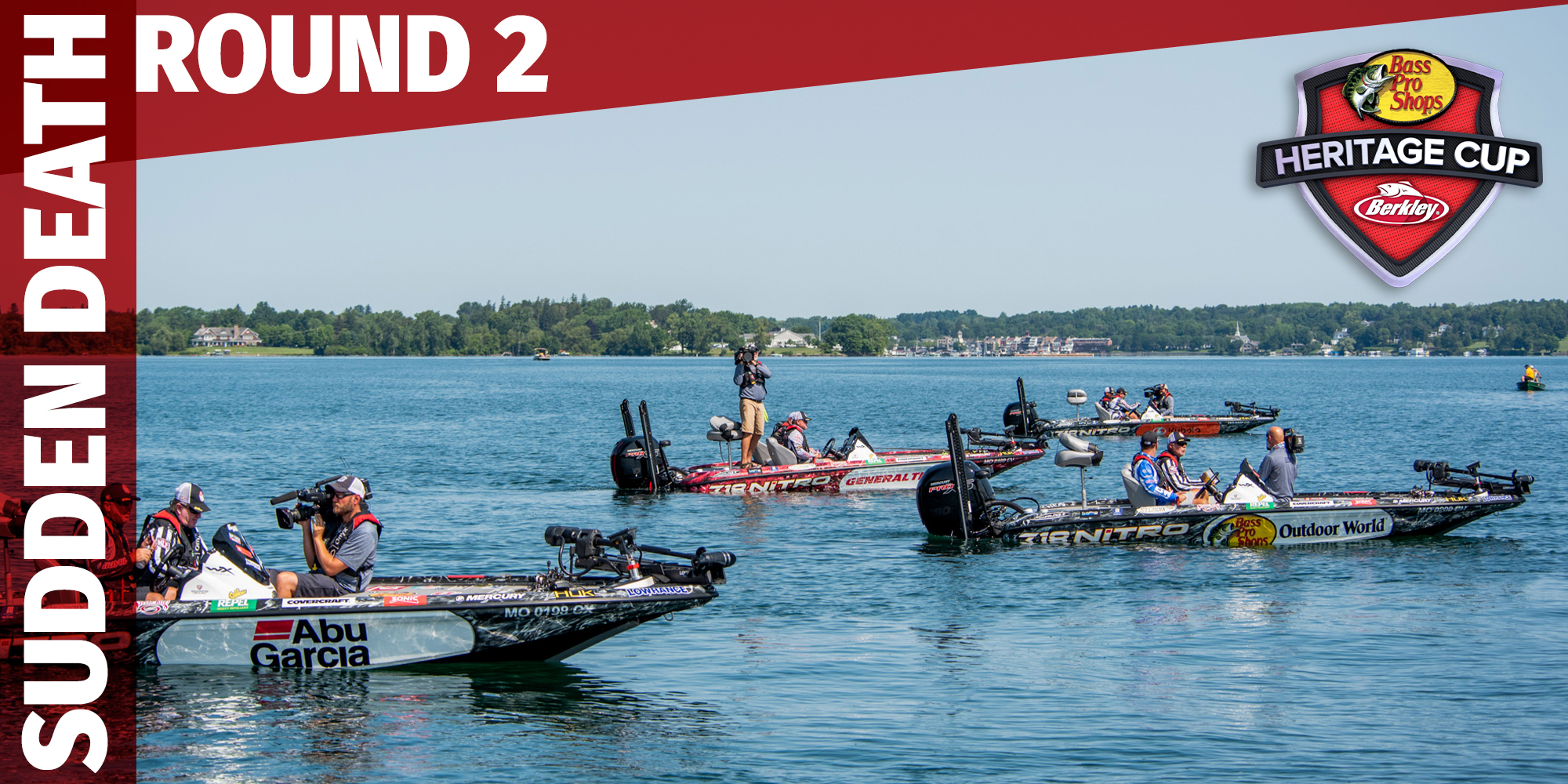 Only four more MLF pros will move on from Sudden Death Round 2 in Syracuse, N.Y. Photo by Garrick Dixon

SYRACUSE, N.Y. – With four anglers already clinching a spot in the Championship Round, four spots remain in the quest for the Bass Pro Shops Heritage Cup Presented by Berkley. Nine anglers will put their boats into Lake Skaneateles just outside of Syracuse, New York, hoping to be one of the first four pros to hit the 23-pound Target Weight. Tommy Biffle, Todd Faircloth, Michael Neal, Takahiro Omori, Jacob Powroznik, Mark Rose, Terry Scroggins, Randall Tharp, and Jacob Wheeler bring us Sudden Death Round 2.

It was another picturesque day in western New York when the anglers arrived at Lake Skaneateles. Temperatures will top out around the mid-80s with crystal clear water and skies to match. With all of that sunshine, MLF analyst Marty Stone says that the pros will look for any sort of shade to locate New York smallmouth. Vertical walls, rocky points, boulders, aquatic vegetation, floating boat docks and platforms will be the key points of structure and cover for these fish.

Stone predicts that some anglers will tie on a drop-shot and head offshore looking for schooling smallmouth. Others will likely head shallow and work around the boat docks, platforms, points and vegetation. Both strategies can be effective, but it’s all about which anglers make their strategy work the quickest.

This group of nine anglers features the two most recent Bass Pro Tour champions, and the only two anglers on the Bass Pro Tour to have two championship trophies apiece. The two Jacobs: Wheeler and Powroznik, both finished inside the top three during their respective Elimination Rounds. At the time the Heritage Cup was filmed in late July 2019, Wheeler had just come off a Stage Seven win on Table Rock Lake just a month before.

Takahiro Omori, Michael Neal and Randall Tharp are familiar with advancing through the Sudden Death Round, seeing as they all just did it in the 2020 Challenge Cup in Bull Shoals, Arkansas. All three have yet to hoist an MLF trophy in their careers.

Tommy Biffle, Mark Rose and Terry Scroggins will try to hit a Target Weight for the first time this season. This is the first MLF Cup event of the year for Biffle and Scroggins while Rose was eliminated during his Elimination Round during the 2020 Challenge Cup.

The nine competing anglers bring us Sudden Death Round 2 on Saturday, March 14 at 2 p.m. ET on Outdoor Channel.