Wheeler Wins Again, Five Others on to Sudden Death 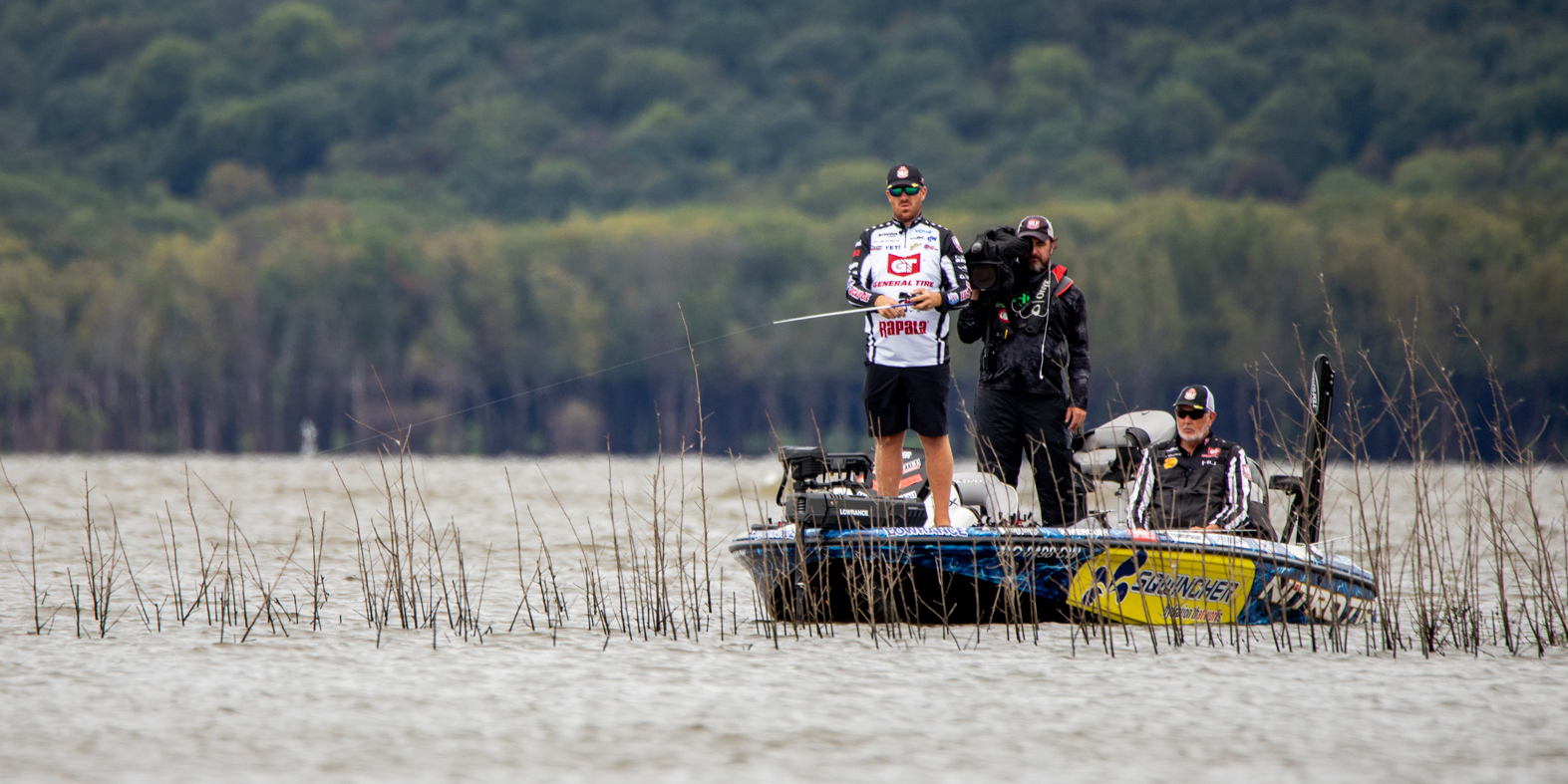 Jacob Wheeler took the day with a topwater bite, earning him 17 bass for 25 pounds, 9 ounces. Photo by Joe Branch

MUSKOGEE, Okla. – On a cloudy, rainy day in eastern Oklahoma, the 10 pros competing in Elimination Round 2 of the 2020 Sqwincher Patriot Cup Presented by Venmo had a tough time getting bites on Fort Gibson Lake. However, no matter how tough the conditions are you can always expect MLF anglers to put some fish on SCORETRACKER®.

Before Elimination Round 2 started, heavy overnight rains poured through the area surrounding Fort Gibson Lake, adding more water to a lake that was already over 7 feet higher than normal. The cloud cover remained throughout the morning as the 10 pros rolled up to the boat ramp, knowing only six of them would be moving on to the Sudden Death Rounds.

It shouldn’t be much of a surprise to see Jacob Wheeler at the top of any SCORETRACKER® anymore. However, the 17 bass for 25 pounds, 9 ounces that Wheeler reeled in weren’t as easy to catch as the Indiana native made it look.

Wheeler ended his first period with only one scorable bass for 1-14. During the period break, Wheeler mentioned that it was time for him to “simplify.” He put away a majority of the rods on his boat and stuck with a couple of topwaters and some flipping sticks. One of those topwaters proved to be his winning bait: a buzzbait with a white toad.

“It took me a while to figure out what kind of cover these fish were on, but I finally figured it out in Period 2,” Wheeler said. “They were hugging isolated flooded bushes and sticks, and that pattern really worked for me the whole day with that buzzbait.”

Wheeler added six bass for 8-1 in the second period and 10 for 15-10 in Period 3 to edge out second-place Cody Meyer by 3 pounds. The Tennessee pro is now moving on to the Sudden Death Round in his second straight MLF Cup event of 2020.

Jeff Sprague entered the third period near the bottom of SCORETRACKER® in ninth place and needed to locate some fish in a hurry. With a spinnerbait tied on, Sprague mounted a furious comeback, adding five scorable bass to his total in Period 3. However, none were more important than a 1-3 largemouth with just 10 minutes remaining in the round to push him into the Top 6 and onto Sudden Death.

Cody Meyer, Aaron Martens, Edwin Evers and Andy Morgan will be joining Sprague and Wheeler in the Sudden Death Rounds. Out of the six anglers moving on from Elimination Round 2, five have an MLF win to their credit in the past calendar year. Meyer will be looking for his first MLF trophy.

Michael Neal, Fred Roumbanis, Casey Ashley and Justin Lucas will not be moving on to the next round after failing to make it in the Top 6. All four have qualified for the 2020 Summit Cup and will be competing in that event from Lake of the Ozarks.