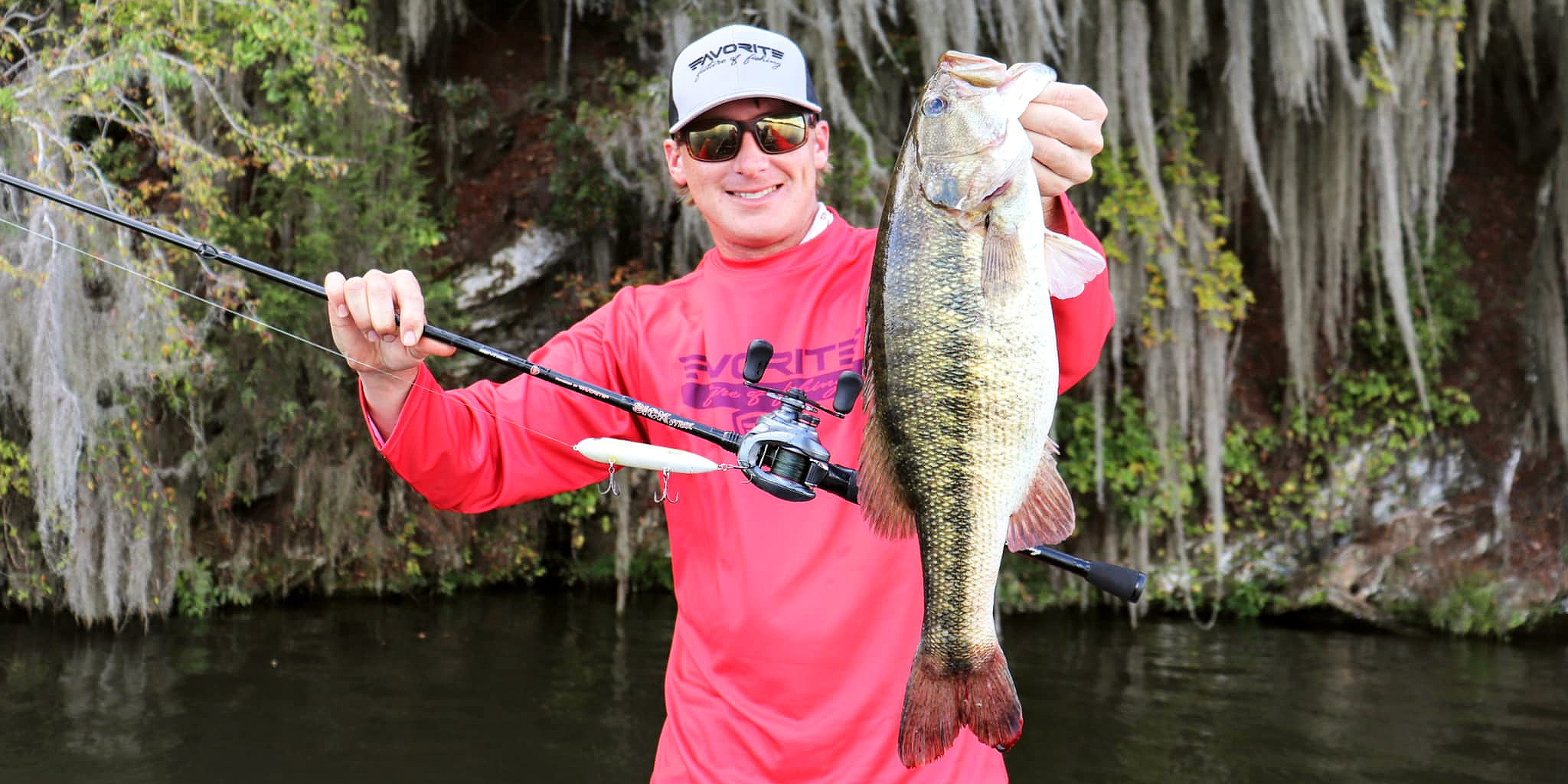 The spotted bass is the member of the black bass triumvirate that anglers often overlook.

That’s not the case, however, for MLF pro Dustin Connell who learned his craft matching tackle and wits from the orneriest ‘spot’ of all: the Alabama spotted bass.

“When I first started fishing at age 12, we went to Lake Mitchell,” recalls the 30-year-old pro from Clanton, Alabama. “I fell in love fishing for spots. Spotted bass are the meanest fish out there. They’re aggressive. They relate to the current. And they never quit fighting!”

Connell credits the muscle and aggressiveness of spots to the rigorous daily workout of feeding in Coosa River current. He finds them on prime current-swept structure.

“You can pattern spotted bass easier than you can largemouth,” says Connell, who thanks spotted bass for many of his local tournament wins. “They can school up offshore or shallow. You can catch them in one foot of water or 30 feet.”

About the Coosa System

As outstanding as those lake fisheries can be, anglers like Connell fall hopelessly in love with the haunting riverine sections of the Coosa with trees draped in Spanish moss and moody, often dangerous currents.

“Flow determines all,” Connell says. “Lake Mitchell (dam) has six turbines. If the dam is running four, I know my places to fish. If they are running two turbines, I’ll fish different spots…On some days I’ll do guide trips, and I don’t launch my boat until 3:00 p.m. because I know that is the feeding time. It’s like clockwork. You see that flow, and they are biting. That’s what I love about fishing here.”

The Alabama Power Shorelines app, Smart Lakes, often dictates the where and when of Connell’s fishing on any given day.

“I’m always checking the water schedule. My fishing is all timing based,” Connell says.

“I’m looking for hard-hitting current places, and I’m fishing the main river,” Connell says. “The biggest thing to keep in mind is that these fish are conditioned to current, and they love to bite in the current. You can catch a few here and there if they aren’t running water, but it will be a lot tougher. This time of year with rain from hurricanes and water flowing, you can pretty much predict where those fish will be.”

The Coosa River system is rich in crayfish and threadfin shad, the primary forage for its Alabama spots.

When there’s little current, shad will migrate into many of the creeks that feed the Coosa, and some spotted bass follow with them.

“You’ll find some bass up in the creeks and others staying on the river,” Connell explains. “The fish on the river are bigger and more active. If the dams are not running water, the bass will be roaming in the pockets, chasing shad. If they do run water, that’s when the bass move out of the creeks and get back on the main river. That’s the key to the whole system.”

Connell rejects the notion that you need light line and spinning tackle for spots.

“I catch them on 20-pound line, big jigs and big swimbaits,” he says. “It’s power fishing at its best.”

He relies on three styles of baits in fall.

Swimbait – His favorite is the Saucy Swimmer 3.8-inch from Googan Baits in any type of shad color. He will fish it on a 3/8- or ½-ounce jighead from Owner with 12- to 15-pound Seaguar InvizX fluorocarbon.

Jig – Connell prefers a ½-ounce ballhead jig with a Googan Baits Bandito Bug for a trailer. He finds the ballhead works more effectively through rock, and he fishes it with 20-pound Seaguar fluorocarbon line.

Jerkbait – Connell fishes an assortment of suspending jerkbaits that will work 3 to 5 feet deep. He cites no special brand preference but stresses the importance of 15-pound fluorocarbon when jerking the river.

“A spot in this river will break 10-pound line so easily,” he says.

When current is “ripping good,” he adds a fourth bait to his fall arsenal, a ¾-ounce white and chartreuse spinnerbait trailed with a Googan Saucy Swimmer. “If the water is too dirty for a swimbait, the spinnerbait saves me,” he says.

Current dictates his presentation, too.

“My cast is 10 o’clock to 2,” says Connnell, referring to his cast and drift range. “I want that bait as natural as I can get it so the fish comes out and eats it.”

Alabama Power Company provides a 24-hour schedule of water releases and lake levels on its website. Or phone 1-800-LAKES-11.