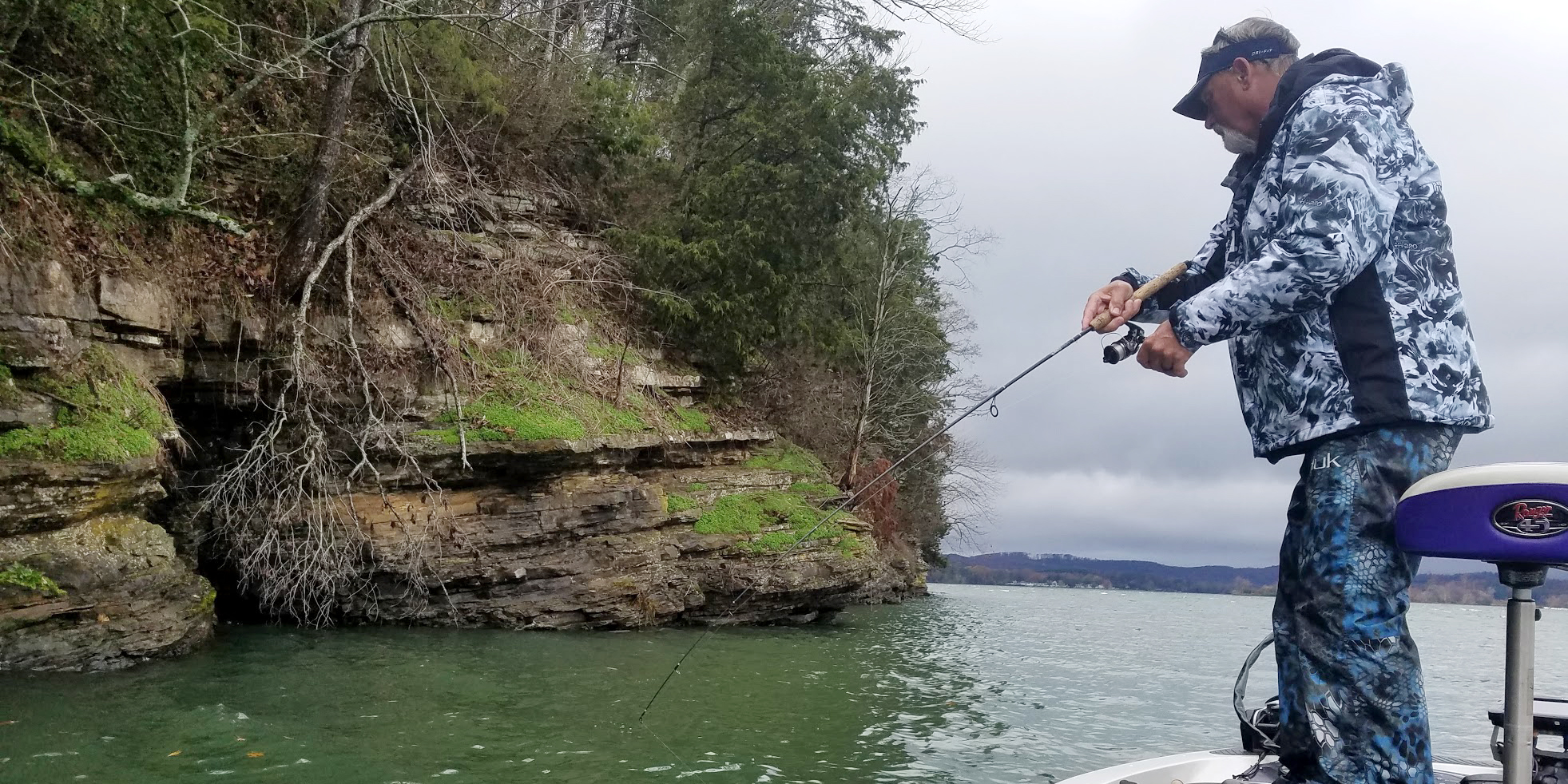 An angler on the Fishers of Men National Tournament Trail fishes for a bite while competing in the MLF format. Photo courtesy Fishers of Men

The Fishers of Men National Tournament Trail hosted its Abu Garcia Ultimate Bass Challenge Championship on Wheeler Lake in Huntsville, Alabama in November to wrap up its 2019 season.

The UBC is usually a five-fish-limit competition, but this year the trail received a facelift. Al Odom, CEO and National Director of FOMNTT, says that the anglers in his organization wanted to make a switch to the MLF catch-weigh-immediate release format in 2019.

“Our guys just love competing in the MLF format,” Odom said. “They want to continue to do more of it, so we’re going to keep doing it. The new format has become so popular and we’ve been watching MLF on television for a long time. It was really a no-brainer to make the switch for us. Our anglers were really excited to try it out, and they’ve really fallen in love with it.”

Fishers of Men National Tournament Trail began in 1998 as a small four-division tournament trail based out of Chapin, South Carolina. Just over two decades later, FOMNTT has grown to more than 3,000 active members with more than 400 events annually spread across five different series and 25 different states. Fishers of Men even sponsors one of the MLF pros, Andy Montgomery.

UBC hosted 10 to 15 tournaments that were scored in the MLF format with plans to add even more in 2020. Odom says that one of the major reasons that his competitors wanted to make the switch in format was because of their competitive nature. The up-to-the-minute updates that SCORETRACKER® provides is something the anglers were desperately wanting.

“I think that the MLF format just totally changes the dynamic from a competitive point of view,” Odom said. “I’ve found that our anglers really enjoy knowing what the score of the game is while they’re in the middle of competing in it. A lot of anglers are really competitive because they’re former athletes or coaches themselves, so knowing where they stand at any moment on SCORETRACKER® is a big deal for them. They aren’t having to wait all day to find out if they made the cut or if their weight is enough.”

Austin Swindle was able to take home the UBC Championship last month after catching 22 bass for 32 pounds, 1 ounce. The Alabama angler said that his favorite part of experiencing the MLF format was knowing where he stood at any given moment during competition.

“It allowed me to know when I needed to change or make a move,” Swindle said. “If I found out someone else was starting to catch them, I knew I needed to make a move. I knew the guys who were behind me, too, so that made me a little nervous knowing how well they could catch them. It was a cool and new experience that I really liked.”

Odom is excited to see what the future will hold for not only the UBC, but also their upcoming UBC High School Series. According to Odom, the UBC High School Series will be the first high school fishing trail in the country that will use the MLF format full-time. The new series is set to begin in February 2020 at the Mobile Delta in Alabama.

“The kids are really excited to get to do that in 2020,” Odom said. “High school fishing has really started to blow up in popularity. We wanted to get into high school fishing, but we didn’t want to be like anyone else. We decided that to bring something new, different and exciting to the table was what we needed to do and that’s why we’re going with the MLF format.”