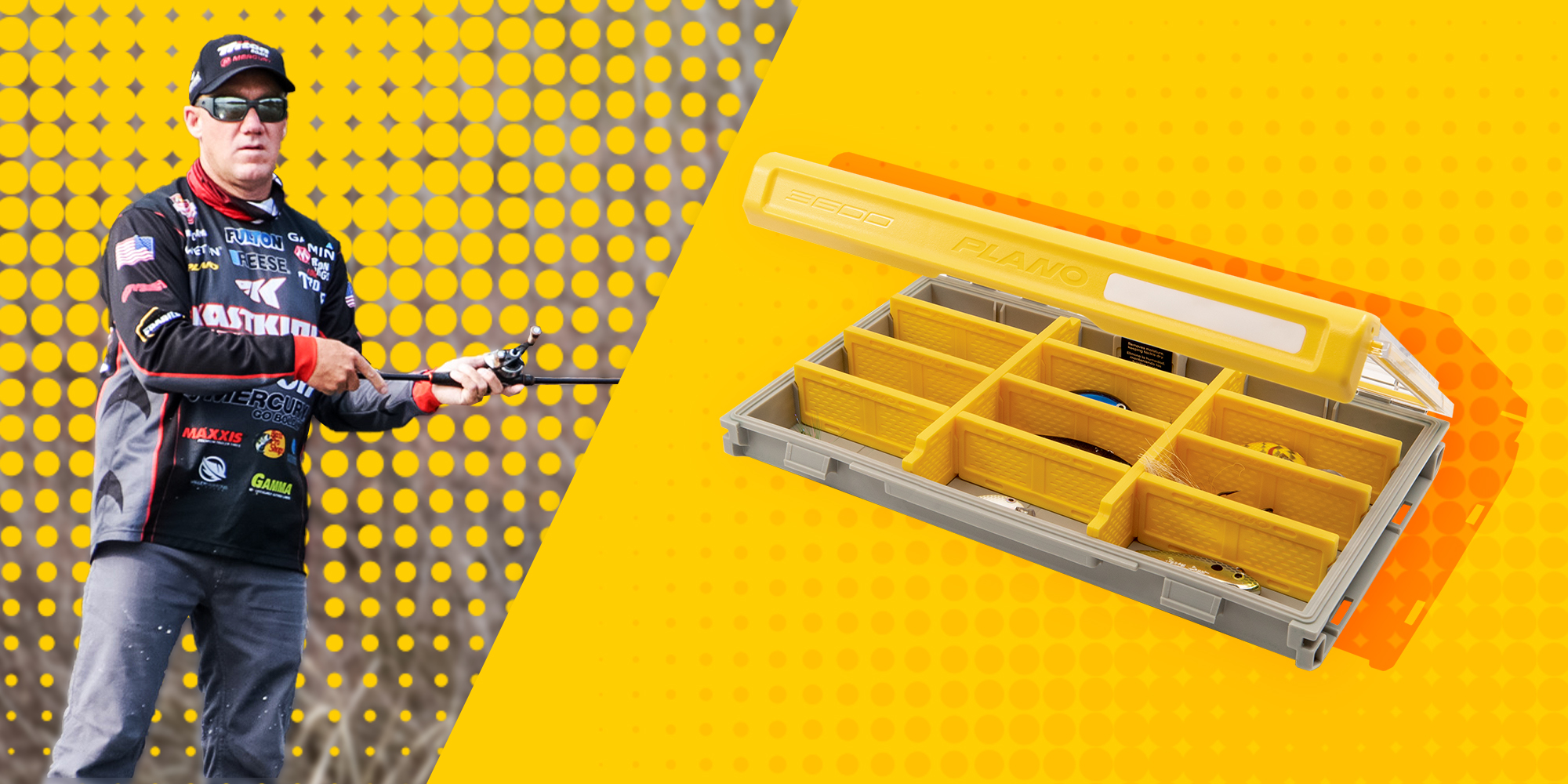 In the world of tackle boxes, Plano has been the gold standard for decades. From the first molded-plastic box built by Pete Henning in 1952, the Illinois-based company has engineered creative tackle-storage solutions for three generations of anglers, including the EDGE Series of boxes released in 2019.

The newest addition to the EDGE series is the Flex Series, a fully-customizable series introduced at Virtual ICAST in July that comes with 38 interchangeable quick-set dividers that will allow anglers to configure the two different sizes to their own specifications.

The EDGE was met with resounding approval: It won “Best of Show” in the Tackle Organization category.

The ability to change dividers and build your perfect tackle box is something that MLF pro Brent Chapman loves about the Flex Series.

“Every angler, no matter what fish species they’re targeting, all have their own ways of organizing their tackle,” Chapman says. “I like to make a ‘day box’ for every tournament day that includes everything I plan to use.”

At the Bass Pro Tour Sturgeon Bay event in mid-July, Chapman had an EDGE Flex box set up based on how he planned to fish.

“In the format, every second counts when the clock is ticking, so it pays to be organized,” he says. “I made up one box with Ned rig heads, drop-shot hooks and weights, a couple of jerkbaits, braid cutters, and a spool of leader line. It all fit in that one Flex Series box, and since I could reconfigure it, everything laid in there perfectly and had its own space.”

While the new Flex Series will be available at tackle retailers in the coming months, the EDGE Series boxes released in 2019 provide a host of tackle-specific and standard size boxes. Chapman has been using them all since they were released and said they have stood up to heavy use.

“The durability is the number one thing I like about them, they’re built solid,” Chapman says. “There are also a bunch of other cool features like being able to open them with one hand. That’s something that you really start to appreciate the more you use them.”

Another benefit of the EDGE Series is its many steps to protect against moisture. The boxes include Plano’s Rustrictor technology; they also have a watertight seal, and the dividers are vented to allow air to flow through. There is also a reusable water wick divider to collect excess moisture.

All of these things are designed to do one thing: protect your tackle.

“We’ve all had issues at one time with hooks getting rusted. That’s no fun when your valued baits get ruined or rusty,” Chapman says. “I have had none of that since switching to these EDGE boxes.”

Another feature of the entire EDGE Series is what Plano calls the EZ-Label System, which is a simple label on the box’s side that allows anglers to use a marker to notate what’s inside. It’s reusable, and firm pressure with a thumb will erase the marker. The label is slightly recessed, so it won’t rub off with regular use.

“It makes it so easy to label what’s inside without writing on the box itself,” Chapman says. “Plano has thought of everything and I don’t know how they do it, but they keep making their boxes better every year.”

Ask the Anglers Presented by Champion: Whose Boat Would You “Borrow” Tackle From?