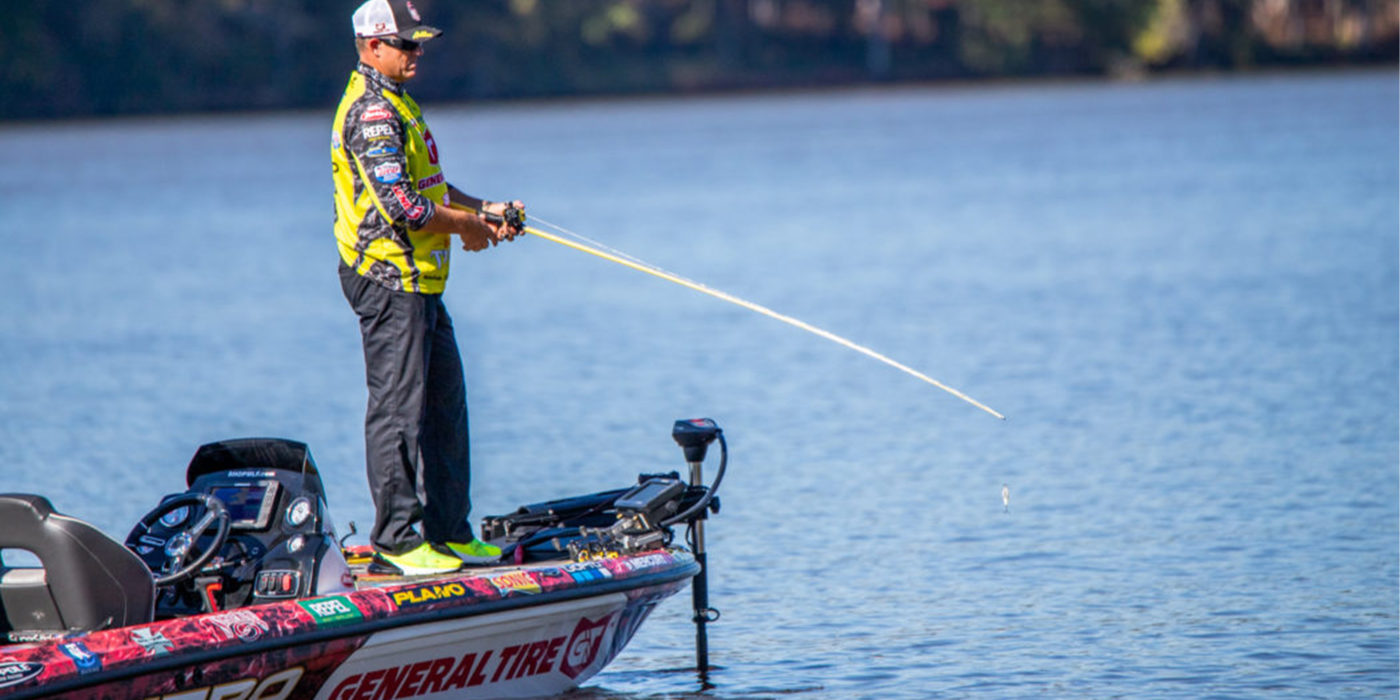 VIDALIA, La. – If you were to stack up all the trophies won by the field of six anglers competing in Shotgun Round 2 at the 2019 General Tire World Championship Presented by Bass Pro Shops (Saturday, June 29 at 2 p.m. ET on CBS), you’d have to build a wing on your house to hold them all.

Forrest Wood Cups, Angler of the Year trophies, Bassmaster Classic trophies, and literally hundreds of others. But the one piece of hardware that Edwin Evers, Brent Ehrler, Mike Iaconelli, Brent Chapman, Skeet Reese, and Jacob Wheeler are missing is the one they covet the most: the Johnny Morris Award, the large wooden trophy presented to the World Champion.

To date, there are only three of those trophies in existence: the one owned by Bobby Lane, the 2017 World Champion; the one sitting in Greg Hackney’s home from the 2018 World Championship; and the one stored snugly at the TV set in Vidalia, Louisiana, awaiting the winner of this current competition.

“To win a World Championship is just on another pedestal,” Wheeler admitted.

Wheeler is no stranger to MLF trophies, or to success in the catch/weight/immediate-release format. The Tennessee pro has finished first in a higher percentage of individual rounds than any angler in MLF history (Cup or Selects) and has proven to be a handful in virtually every type of fishery, from deep and clear to shallow and muddy, pre-spawn, post-spawn, and everything in between.

“It just suits the way I like to fish,” Wheeler said prior to competition. “I feel like I’m pretty good at figuring out conditions quickly and that’s the whole key to doing well in these events where we don’t have practice. You have a short time to find something, and I really enjoy the challenge of being on a little bit of a clock in figuring out a fishery.”

Lake Bruin, the oxbow of the Mississippi River which again serves as the competition grounds for the second Shotgun Round, will require exactly that: a quick assessment of conditions. As the first six anglers fishing the first round of the World Championship found out, Bruin’s fish are edging closer to spawn as every hour passes.

“The days are getting longer, and those fish are coming to the bank,” said MLF NOW! analyst Marty Stone. “This Shotgun Round is a little different (than the first Shotgun Round) in that it’s cloudy and rainy, so they’ll have slightly different conditions to deal with.”

Where, When, How to Watch

The second Shotgun Round of the 2019 General Tire World Championship can be seen at 2 p.m. ET Saturday on CBS. Check your local listing and with your local CBS affiliate.