Wheeler and Iaconelli Round Out Sudden Death Field 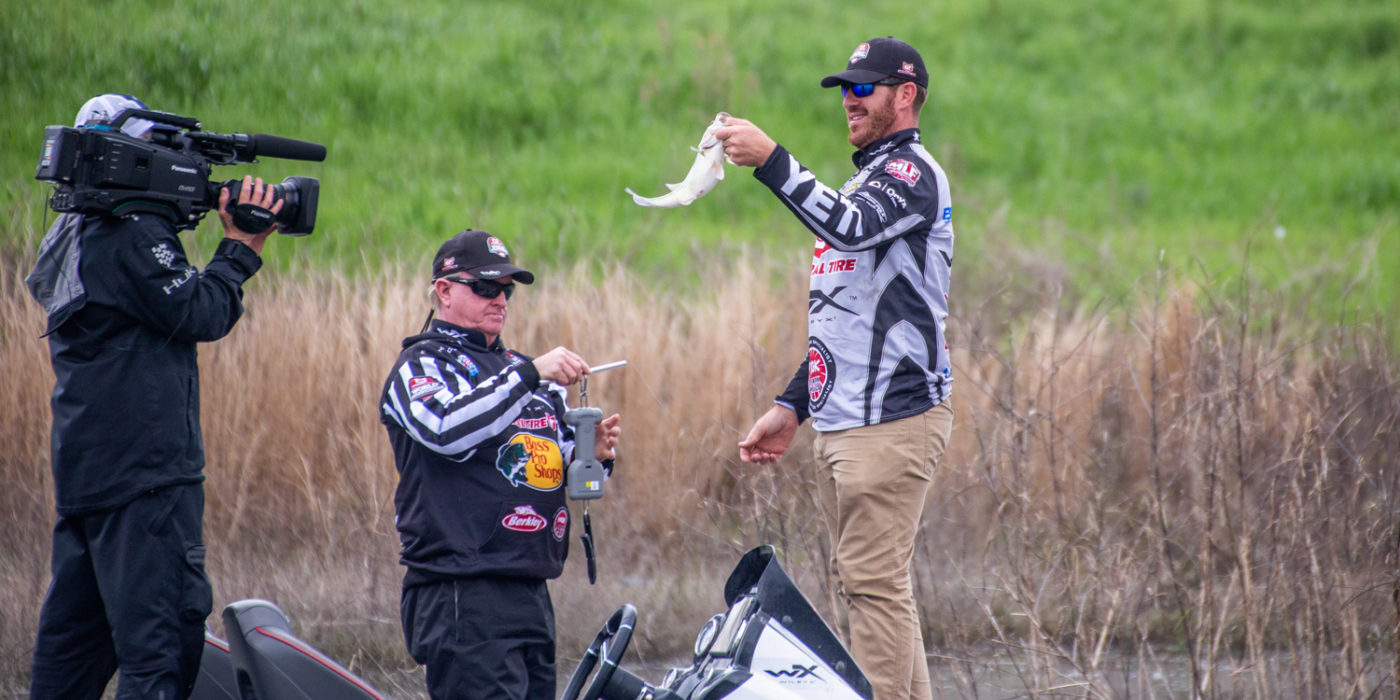 Jacob Wheeler won Elimination Round 2 and will be moving on to the Sudden Death Round with Mike Iaconelli. Photo by Phoenix Moore

VIDALIA, La. – Only two more spots were up for grabs in Elimination Round 2 of the 2019 General Tire World Championship Presented by Bass Pro Shops. After Brent Chapman secured his spot in the Sudden Death Round by winning Shotgun Round 2, five anglers were battling for only two spots in the next round.

Brent Ehrler, Edwin Evers, Mike Iaconelli, Skeet Reese and Jacob Wheeler all carried over the weight they caught in Shotgun Round 2. After it was all said and done, it will be Wheeler and Iaconelli who still have a shot at a World Championship.

Jacob Wheeler is one of the hottest anglers on the planet right now because he continues to stay consistently great, no matter where he’s fishing. The Tennessee pro entered Elimination Round 2 at the top of SCORETRACKER® with 17 pounds, 9 ounces, and added 26-8 during his day to edge out Mike Iaconelli by 3-7 to win Elimination Round 2.

“It feels pretty dang good right now,” Wheeler said after the round came to a close. “I came in with a little bit of a lead, but the conditions were really tough. The water is high and muddy so I was just trying to dial it in today. I had some missed opportunities and it was a mental grind all day.”

Wheeler has proven over the years that he is a force to be reckoned with when it comes to MLF events. He already has three titles to his name, now he’s hoping to add a fourth and a World Championship trophy to his mantle.

“I’ve won a couple of Cups and won a few Selects, so ultimately to win the World Championship, that’s a huge title,” Wheeler stated. “It’s a pleasure to be here but to be able to say that I won it all, it would be awesome.”

Ike Holds off the Field

Iaconelli entered Elimination Round 2 in fourth place with only 11-4 after one day of fishing. It was a slow start to his morning, but that all changed when he picked up a white vibrating jig to imitate the shad that the Louisiana largemouth were feeding on.

Ike moved into second place after one period, and even took the lead away from Wheeler in Period 2. A steady stream of quality fish helped the New Jersey pro fend off a surging Edwin Evers and Brent Ehrler. In the end, it was a 2-10 largemouth that sealed the deal for Iaconelli and ensured safe passage for him into the Sudden Death Round. He finished the round with a two-day weight total of 40-10, 6 pounds ahead of Skeet Reese.

We now know the six anglers that will be competing in the Sudden Death Round with hopes of moving on to the Championship Round. Only the first four pros to hit the designated target weight will advance to the next round. The pros competing are Brent Chapman, Mike Iaconelli, Gary Klein, Aaron Martens, Takahiro Omori and Jacob Wheeler.