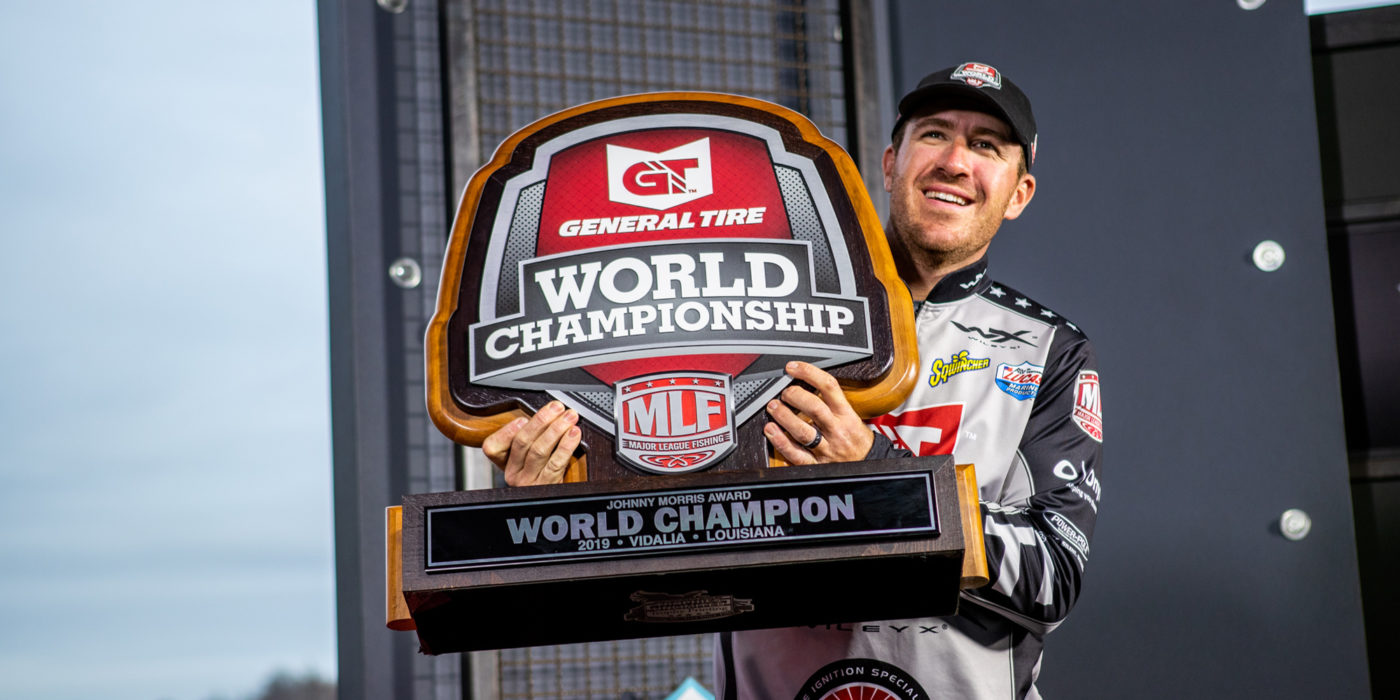 Jacob Wheeler could not be stopped in the Championship Round of the 2019 General Tire World Championship. Photo by Josh Gassmann

VIDALIA, La. – There is one word that comes to mind when thinking of Jacob Wheeler’s performance during the Championship Round of the 2019 General Tire World Championship: domination.

Domination from the Start

Mike Iaconelli got the day started on the oxbow lake with a 3-3 largemouth that gave him the early lead. That was quite short-lived once Wheeler got his day started. The Duckett Fishing pro caught a 4-6 for his first catch of the day that he followed with a 2-0, 5-9, 1-7, 4-1, 5-8, and 4-3. After one period Wheeler had jumped out to a 20-pound lead of Iaconelli. The key to Wheeler’s early-morning success was a fruitful spot amongst plenty of cypress trees.

“I figured out the lake really early today,” Wheeler explained of his quick start. “I found an area that I knew in my gut was going to be great. I knew it was the winning area and I told myself, ‘I’m starting here today.’ It was my day today and you don’t get these kinds of days all the time. I was able to cherish it today and it feels amazing.”

After the first period, Takahiro Omori and Aaron Martens decided to join Wheeler in his special spot in hopes of slowing him down. Unfortunately for them, those efforts fell short as Wheeler added a 4-4 and a 3-0 in Period 2 to extend his lead to more than 27 pounds over Omori.

Wheeler finished his Championship Round just as strong as he began it when he added a 3-6, 2-1 and a 3-8 to end his day, giving him a total of 47-12—26 pounds more than second-place Omori—and the 2019 World Championship win. Wheeler and Omori were followed by Iaconelli in third place and Martens in fourth.

The Indiana native was near the top of SCORETRACKER® all week long, so it only makes sense that he is the one to walk away with the title of General Tire World Champion. Wheeler finished second place in his Shotgun Round, first in his Elimination Round and first in the Sudden Death Round. If he wasn’t already in the conversation of one of the best anglers in the world, he sure is now.