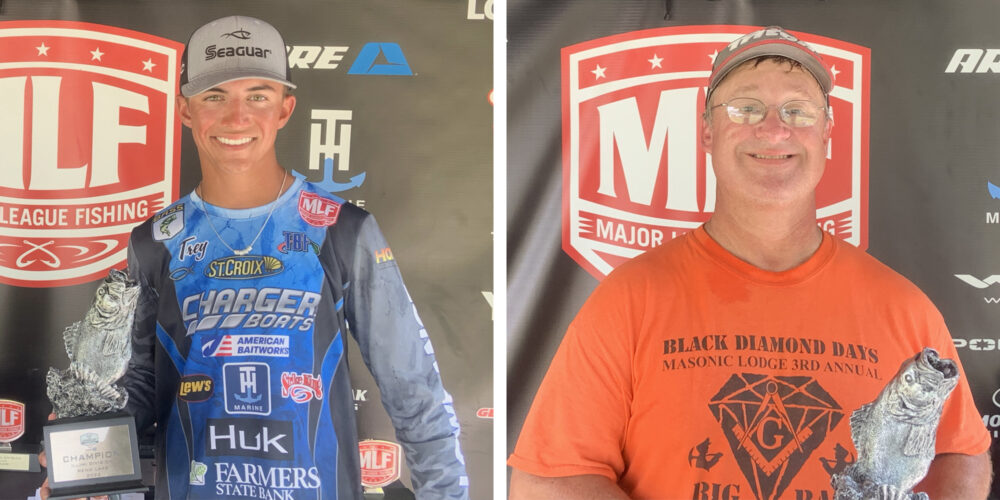 The 17-year-old McKinney said his approach to tournament fishing of sticking to techniques, locations and baits he has confidence in paid off, and it didn’t take him long to catch his tournament-winning bag Saturday morning, as he stuck to his plan he had developed during practice for the event.

“My main strategy was to run back and forth, hitting key stretches that were high-probability areas,” McKinney said. “

McKinney said he had success on shallow wood laydowns in pockets, the deepest of which was in 6 feet of water. His bait of choice was a natural-colored jig that imitated bluegill that were present in the lake.

“I had my five fish that I weighed in at 8:11 (Saturday) morning,” McKinney said. “It was unreal that it happened so fast. I knew I had a good bag, but I didn’t think I had 16 pounds. I was thinking I needed one more 4-pounder to have good odds at winning.

“If you think you have enough, you just don’t fish the same as if you think you need one more,” McKinney said. “I always want to underestimate my weight, so I always need that one more bite.”

Neighbors had a largemouth that weighed 5 pounds, 10 ounces that was the heaviest of the event in the Boater Division and earned the day’s Berkley Big Bass Boater award of $600.

Denney caught the largest bass in the Co-angler Division, a fish weighing in at 5 pounds, 15 ounces. The catch earned him the day’s Berkley Big Bass Co-angler award of $300.