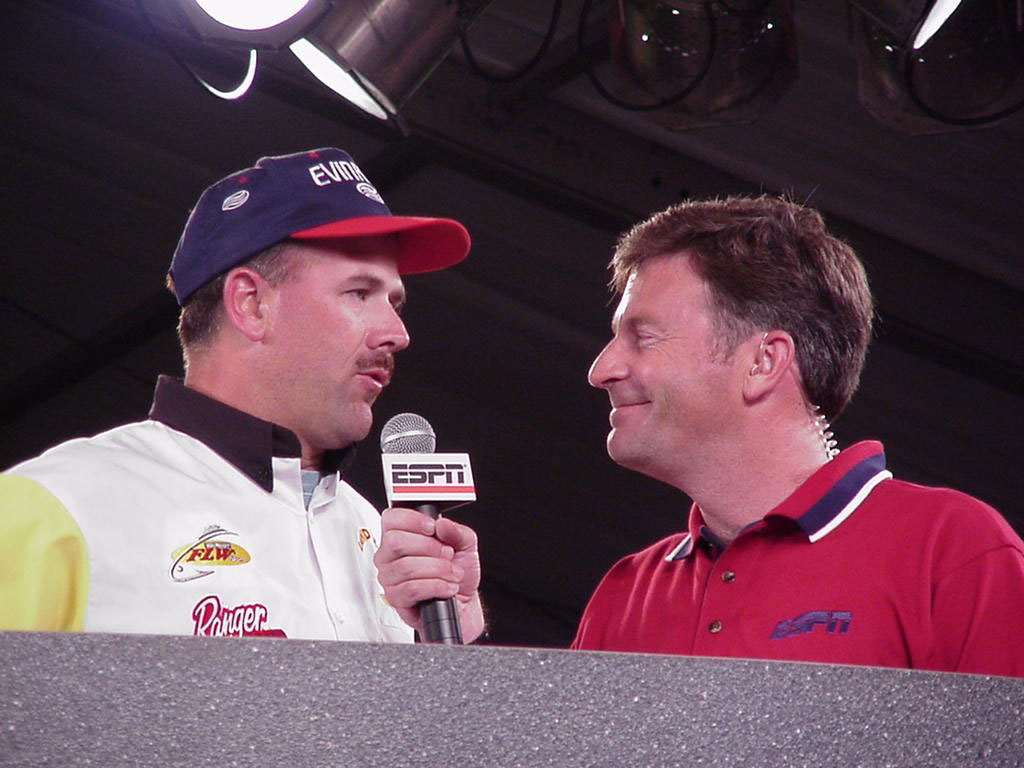 BILOXI, Miss. – Marty Stone of Fayetteville, N.C., leads the field of five remaining professional bass anglers into Saturday’s final round with a second round catch of five bass weighing 11 pounds, 5 ounces in the $500,000 Wal-Mart FLW Tour bass event being held on the Pascagoula River at Biloxi.

For Stone, fishing from the Land O’Lakes boat, it is the second final five appearance in as many tour starts for 2000. He and the other pros will be vying for the $100,000 first place cash in the final round.

“I battled 5 foot waves traveling over 70 miles out into the Gulf of Mexico to get to my fishing spot, said Stone.” “This is the type of tournament where equipment really makes a difference. The Evinrude outboard’s efficiency got me there, and the big Ranger boat’s ability to handle the waves got me home.”

In a classic tale of the pupil surpassing the master, Scott Martin of Clewiston, Fla., advanced to the final round by knocking his father, fishing legend Roland Martin, out of contention. The senior Martin failed to make the top 5 when son, Scott, weighed in a five bass limit totaling 9 pounds, 14 ounces. The younger Martin qualified for the final round in second place.

Each contestant who advances to the final two rounds in the FLW Tour fishes from a specially designed Ranger Comanche fishing machine with distinctive NASCAR-type styling. Adorned with corporate logos, each boat is powered by a highly efficient RAM Ficht-injected 200-horsepower Evinrude outboard.

Rob Kilby of Hot Springs, Ark., tied Martin for second with 9-14. Kim Carver of Milledgeville, Ga., and Gerald Swindle of Warrior, Ala., qualified in fourth and fifth place with 9-3 and 7-5 respectively.

Ralph Wilson of Warner Robins, Ga., won the Co-Angler Division Friday and collected $15,000 plus a year’s supply of CITGO gasoline for his catch weighing 8-9. For complete co-angler and pro results, visit www.flwtour.com.

Competition resumes at 6:30 a.m. Saturday at Indian Point Resort located at 1600 Indian Point Parkway off Interstate 10 at exit 61 in Gautier, Miss. The final weigh-in, which will be broadcast live to Wal-Mart Stores nationwide and taped for ESPN, begins at 3:30 p.m. at the Wal-Mart Supercenter located at 3715 Sangani Blvd. in D’Iberville, Miss. The weigh-in will air as part of the Wal-Mart FLW Tour series on ESPN at noon on April 1.

Run by Operation Bass Inc., the world’s largest bass tournament organization, the $4.4 million Wal-Mart FLW Tour historically maintains a 98 percent live release rate. If the FLW Tour continues the rate through 2000, BFGoodrich Tires will donate $25,000 to the Children’s Miracle Network. The tour is the most lucrative series in fishing history.