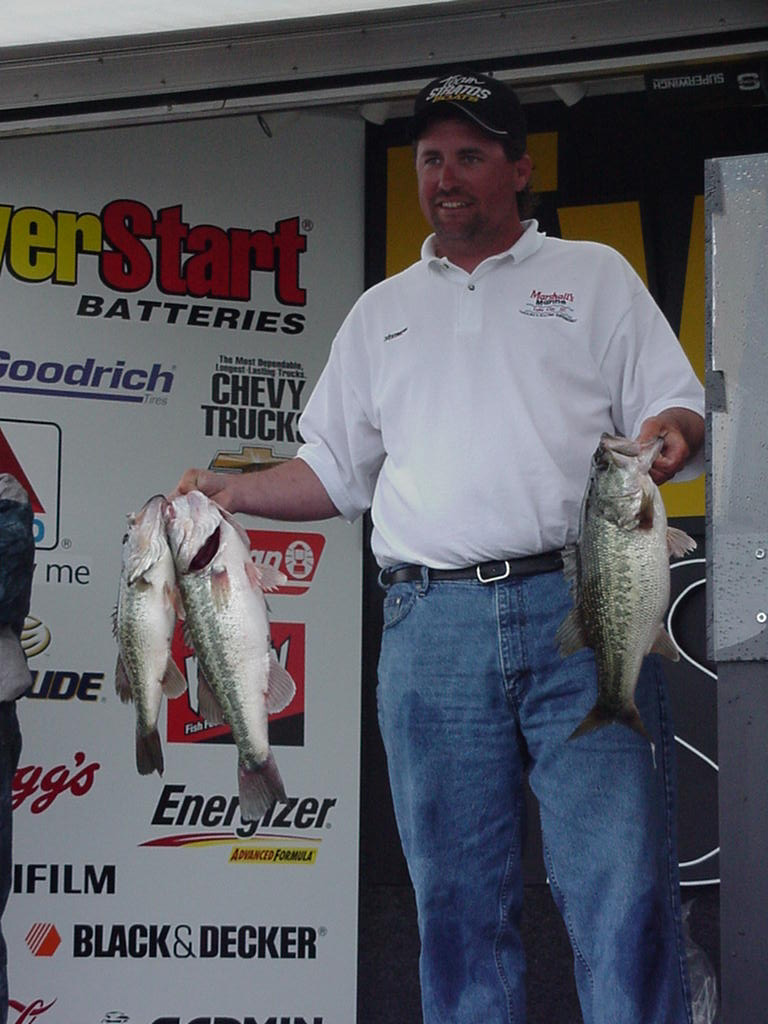 Smith, a 29-year-old maintenance technician, caught five bass during the tournament’s final round to break the 19-15 final round weight record set in 1999 on Santee Cooper by Larry Inman of Greensboro, S.C. Smith caught his limit out of a stump field on the southernmost point of the lake using Texas- and Carolina-rigged Zoom lizards and black and blue Wal-Mart FLW Tour worms.

“I kick myself every time one of these big tournaments comes to town and I don’t compete,” said Smith, who had to borrow an outboard from a local boat dealer just to fish the tournament. “This time I decided to go for it. It’s really unbelievable. Words just can’t describe how I feel.”

“After I met my partner, I told my wife that we were going to have a great day,” says Butts, who fished behind Smith. “He had done his homework and had fish located. Without these boaters doing the work, us co-anglers wouldn’t catch a thing. We count on them to look after us, and they do a great job.”

The tournament began Wednesday with 175 professional anglers and 175 co-anglers taking off from the John C. Land III Boating and Sportfishing Facility in Summerton, S.C., to claim a piece of the event’s $164,000 purse. After two elimination rounds, however, only 10 anglers remained in each division for Saturday’s finale.

Now in its third year, the EverStart Series is comprised of two divisions, Eastern and Central, with four multi-day events per division. The top 75 pros and top 75 co-anglers from each division will advance to the year-end EverStart Invitational Challenge at Cypress Gardens, Fla., which features a purse of $360,000.

Over the course of the season, the EverStart Series awards anglers up to $1.7 million in cash and prizes. It also provides a pathway to the prestigious Wal-Mart FLW Tour, the richest tournament series in history. Winning anglers in the Pro and Co-Angler divisions of each EverStart tournament, as well as the overall top 10 anglers, based on a system of points and pounds, receive automatic berths in the 2001 FLW Tour.