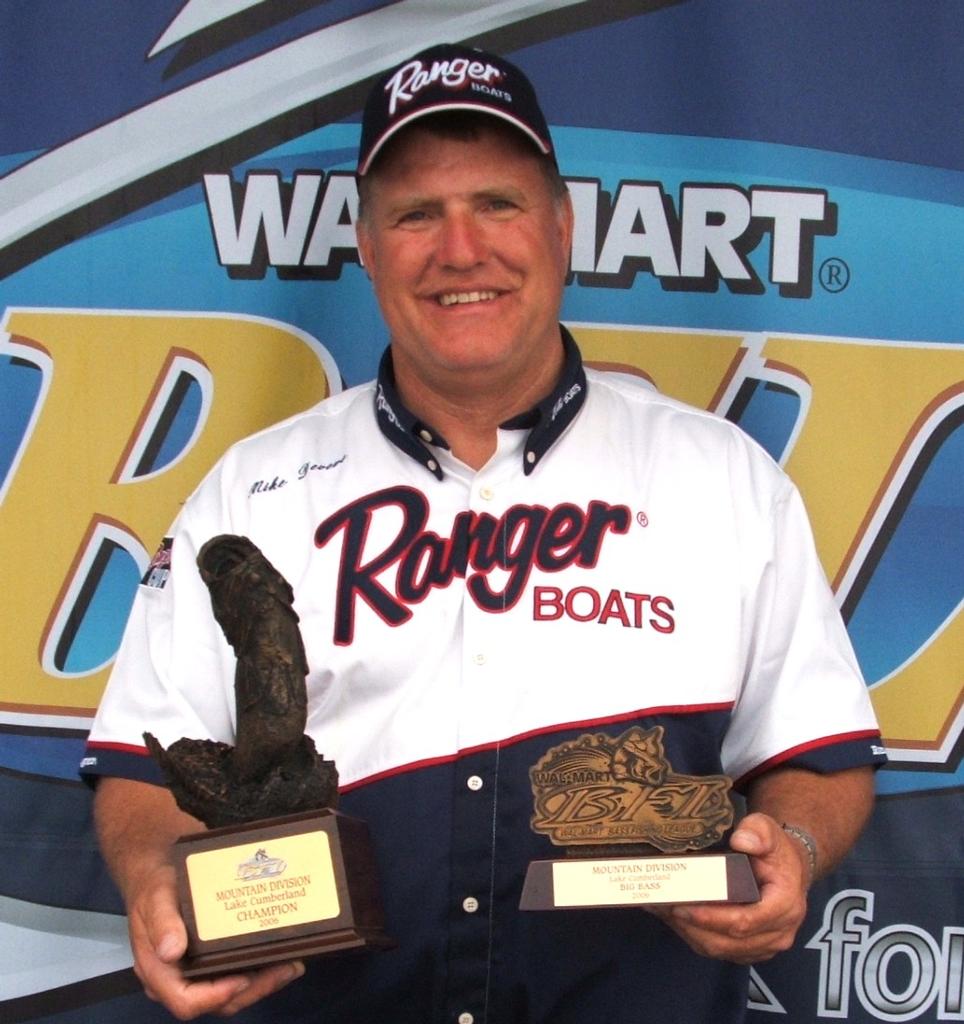 MONTICELLO, Ky. – Boater Mike Devere of Berea, Ky., earned $6,000 Saturday as winner of the Wal-Mart Bass Fishing League Mountain Division event on Lake Cumberland. The tournament was the first of five regular-season Mountain Division events and featured 200 boaters vying for the win, which earned Devere 200 points in the Boater Division.

Devere’s winning catch of four bass weighed 18 pounds, 7 ounces. He was throwing a jig around deep points near the Jamestown area. Devere took Boater Division big-bass award honors, earning $1,000 for a 6-pound, 5-ounce bass. He won another $2,000 as winner of the Bombardier and Ranger Cup bonus awards.

Herman Moore of Seymour, Tenn., bested 200 Co-angler Division competitors to earn $3,000 as the co-angler winner, thanks to three bass weighing 12 pounds, 13 ounces that he caught casting a float and fly in the Fall Creek area around secondary points.

Ronald Hiles of McDermott, Ohio, earned $500 as the co-angler big-bass award winner, thanks to a 5-pound, 6-ounce bass he caught on a blade bait on the lower end of the lake.

The Mountain Division’s next event will be held April, 8 on Dale Hollow Lake near Byrdstown, Tenn., followed by an event on Lake Douglas near Sevierville, Tenn., April 29. The fourth event will be held May 20 on Lake Cherokee near Morristown, Tenn., and the Mountain Division will wrap up its regular season Sept. 23-24 with a two-day Super Tournament on the Barren River near Glasgow, Ky.