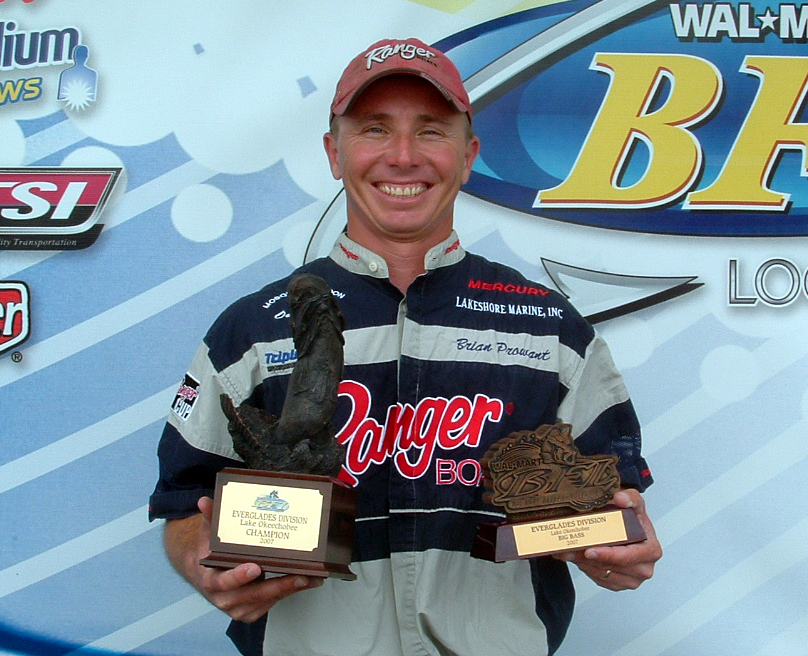 OKEETANTIE, Fla. – Boater Brian Prowant of Moore Haven, Fla., won the Wal-Mart Bass Fishing League Everglades Division Super Tournament on Lake Okeechobee with a two-day catch of 10 bass weighing 22 pounds, 3 ounces. The victory earned Prowant $3,967 plus a $700 Ranger contingency bonus and placed him one step closer to qualifying for the Lake Seminole Regional Championship in Bainbridge, Ga., Oct. 25-27, where he could ultimately win a new 519VX Ranger boat and a Chevy truck.

Prowant caught his bass throwing a Rat-L-Trap in schooling fish despite the windy conditions.

John Guttuso of Delray Beach, Fla., earned $2,334 as the co-angler winner thanks to 10 bass weighing 17 pounds, 7 ounces that he caught while fishing a jig near rocky structure at Taylor Creek.

James Stalters of Boynton Beach, Fla., earned $274 as the co-angler Big Bass winner after catching a 5-pound, 12-ounce bass he caught on a green-pumpkin shaky head.