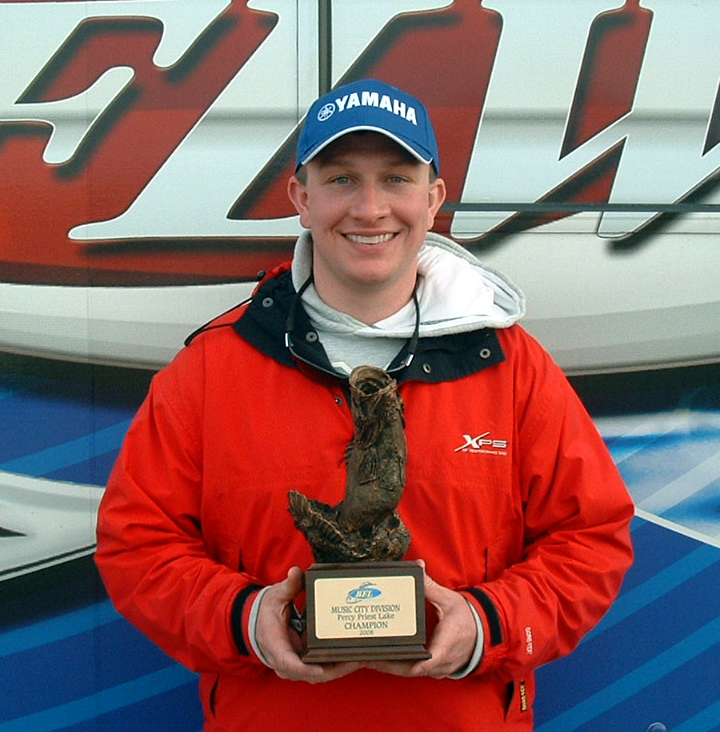 SMYRNA, Tenn. – Boater Josh Tramel of Smithville, Tenn., won the Wal-Mart Bass Fishing League Music City Division tournament on Percy Priest Lake Saturday with a three-bass catch weighing 13 pounds, 12 ounces. The victory earned Tramel $3,507 and placed him one step closer to qualifying for the Wheeler Lake Regional Championship in Decatur, Ala., Oct. 9-11, where he could ultimately win a new 198VX Ranger boat and a Chevy truck.

Tramel fished the lower end of the lake and targeted shallow water with spinnerbaits and a jerkbait to net his fish.

Martin Creasy of Westmoreland, Tenn., earned $2,064 as the co-angler winner Saturday thanks to two bass weighing 7 pounds even that he caught on a jig in eight feet of water near the upper end of the lake.

Music City Division anglers will visit Old Hickory Lake in Gallatin, Tenn., March 29 for their second regular-season event, followed by an event on Center Hill Lake in Sparta, Tenn., April 26. The division’s fourth qualifying event will be held on Kentucky Lake in Buchanan, Tenn., June 21. A two-day Super Tournament, the division’s fifth and final event, will be held on Percy Priest Lake in Smyrna, Sept. 13-14.