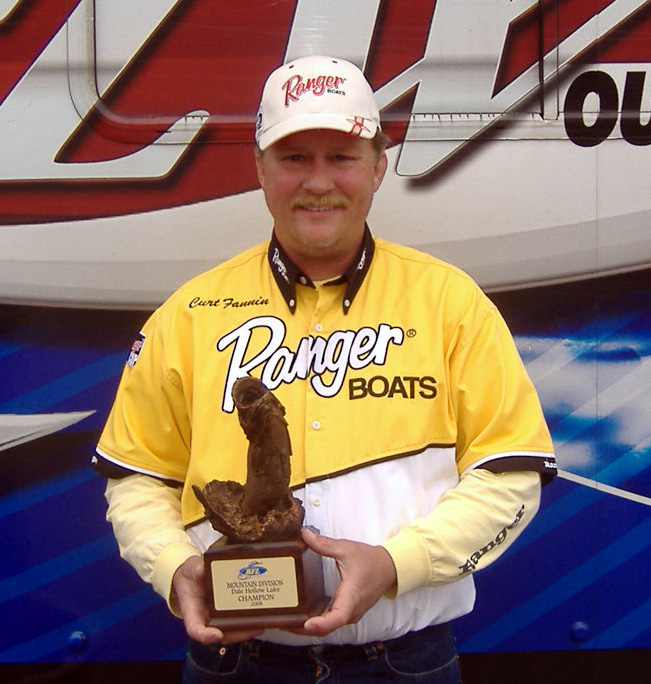 BYRDSTOWN, Tenn. – Boater Curt Fannin of Prestonsburg, Ky., won the Wal-Mart Bass Fishing League Mountain Division tournament on Dale Hollow Lake Saturday with a five-bass catch weighing 16 pounds, 6 ounces. The victory earned Fannin $4,417 plus a $779 Ranger contingency bonus and placed him one step closer to qualifying for the Wheeler Lake Regional Championship in Decatur, Ala., Oct. 9-11, where he could ultimately win a new 198VX Ranger boat and a Chevy truck.

“Everything worked out perfect for me during the tournament,” Fannin said. “I couldn’t ask for a better day of fishing. I look forward to the next event. Hopefully, I will be able to have another great tournament.”

Talmadge Marcum of McKee, Ky., earned $2,566 as the co-angler winner Saturday thanks to five bass weighing 13 pounds, 8 ounces that he caught flipping a jig.

Marty Mize of Somerset, Ky., earned $400 as the co-angler Big Bass winner after catching a 7-pound, 3-ounce bass he caught on a jig near the Obey River.