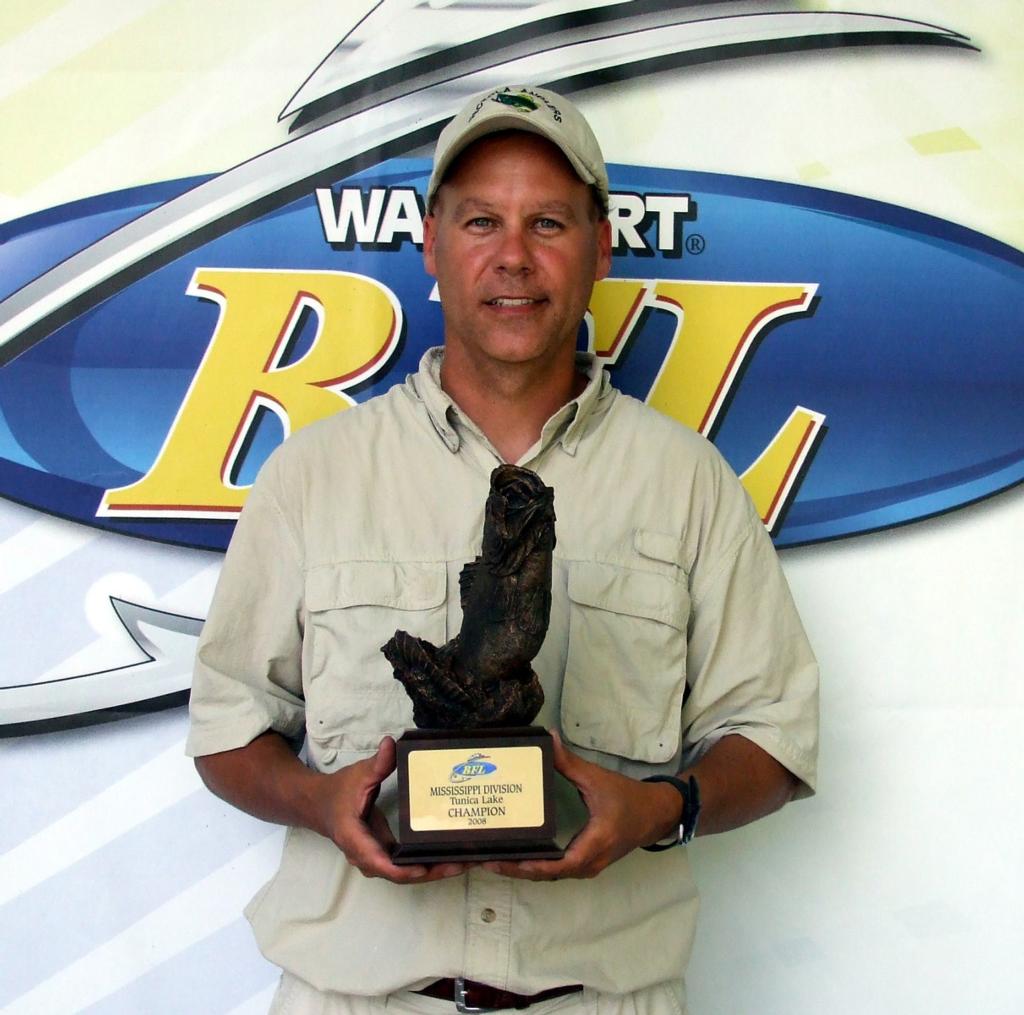 TUNICA, Miss. – Boater Jeff Johnston of Marion, Ark., won the Wal-Mart Bass Fishing League Mississippi Division tournament on Tunica Lake Saturday with a five-bass catch weighing 9 pounds, 14 ounces. The victory earned Johnston $3,087 and placed him one step closer to qualifying for the Wheeler Lake Regional Championship in Decatur, Ala., Oct. 9-11, where he could ultimately win a new 198VX Ranger boat and a Chevy truck.

“I won as a co-angler on the Columbus Pool in 2005, but to win as a boater is even better,” Johnston said. “It’s a great feeling. Especially with gas prices the way they are.

“We made a two-hour run one way and only had a couple of hours to fish,” Johnston added. “So you can imagine we went through some gas. It was a gamble, but it paid off.”

Johnston targeted a road bed three feet under the surface that dropped to six feet on the sides. Johnston flipped a green-pumpkin jig with an electric blue trailer as well as a June bug-colored soft plastic crawfish imitator to three green bushes located on the submerged road bed.

Larry McNeal of Ridgeland, Miss., earned $1,816 as the co-angler winner Saturday thanks to three bass weighing 6 pounds even that he caught fishing a green pumpkin lizard around wood in two feet of water.

Reeves earned $232 as the co-angler Big Bass winner after catching a 4-pound, 2-ounce bass on a green pumpkin lizard with a chartreuse tail.