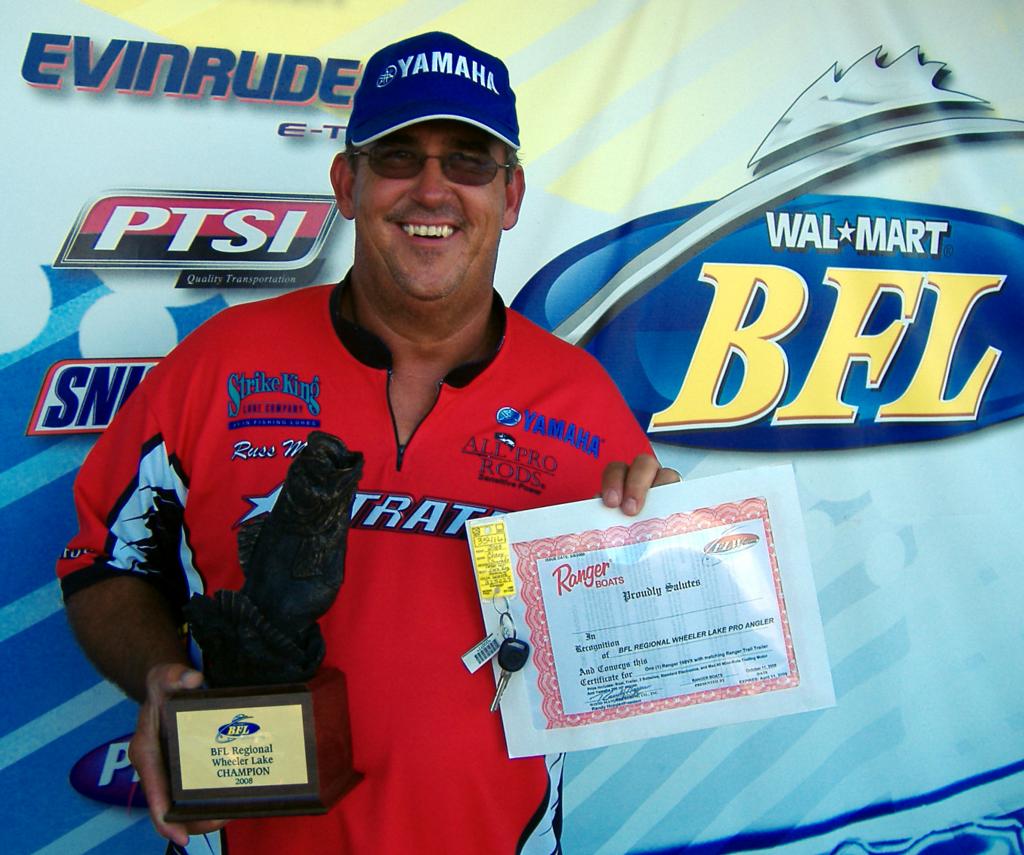 DECATUR, Ala. – Boater Russ Moran of Manchester, Tenn., earned a fully rigged Ranger 198VX and a new Chevy truck Saturday as the winner of the Walmart Bass Fishing League Regional Championship on Wheeler Lake in Decatur, Ala. The top 40 boaters and the top 40 co-anglers from the Dixie, Mississippi, Mountain and Music City divisions competed in the three-day event.

Moran’s winning three-day catch of 15 bass weighed 36 pounds, 5 ounces. In addition to the new truck and boat, Moran earned a ticket to the 2009 $1 million Walmart Bass Fishing League All-American presented by Chevy. With a top boater award of $140,000 and a top co-angler award of $70,000, the All-American is one of the most prestigious tournaments in bass fishing. The winning boater and co-angler at the All-American will also advance to the $2 million 2009 Forrest Wood Cup, where pros will fish for a top award of $1 million – the sport’s biggest payday.

Moran said he caught his winning bass on a jig and crankbait around wood in shallow water on the Elk River.

Louie Parkman Jr. of Brandon, Miss., earned a new Ranger boat as the co-angler winner, thanks to a three-day total of 15 bass weighing 29 pounds, 2 ounces that he caught on a frog in lily pads.