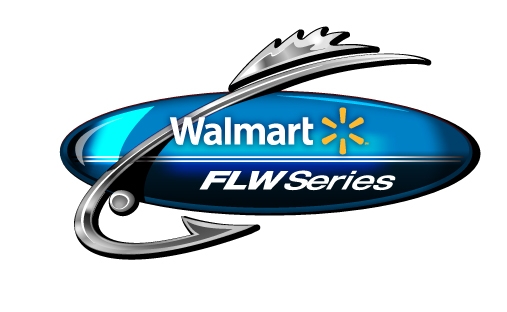 “I caught my limit on a spinnerbait, then moved to another spot and caught another decent one on a spinnerbait, probably a 4-pounder,” Browne added. “I pulled into a pocket at the end of the day and culled one and I said `Man, I’m going to catch one on a Chigger Craw flippin’.’ And I picked it up and caught one of my big ones and said `I know where another pocket is.’ We ran up there, I pulled in there and after probably 20 flips I caught another big one. That was the last two hours of the day.”

Browne said the move to the Berkley PowerBait Chigger Craw and fishing spots he is familiar with from previous tournaments were the keys to his success Friday. Browne also said luck might be on his side in this tournament. He had a fish break a spinnerbait and fall into the net at the boat Thursday and another strange occurrence Friday.

“The first big one I caught, I had just put the reel on the rod and didn’t tighten it,” Browne said. “I set the hook and the reel popped off in my hand. So I’m stretched out and running to the back of the boat and it’s flopping in the back and my co-angler runs back there and scoops it up.

“It was a phenomenal day of fishing,” Browne added. “Everything I did was right.”

Hibdon caught a three-day total of 15 bass weighing 59-8 to advance to the final round as the No. 2 seed.

“The fish changed on me again,” said Hibdon, who has won more than $479,000 in FLW Outdoors events. “It’s the craziest thing. Two hours (without a fish) is a long time. I let it go another hour and I thought `Something’s completely wrong.'”

Hibdon discovered the post-spawn fish had moved just a little deeper than he caught them the day before and said he was fishing over their heads. Hibdon adjusted and caught seven keepers in one hour.

Woo Daves of Spring Grove, Va., earned the day’s $500 Big Bass award in the Pro Division thanks to a 7-pound, 4-ounce bass.

Pros are competing this week for a top award of $125,000 plus valuable points in the hope of qualifying for the 2010 Forrest Wood Cup, where the winning pro will earn as much as $1 million – the sport’s biggest award.

“I’ve won several BFLs in the past and have never quite been able to finish it in these bigger tournaments,” said Hults, who finished third in the 2008 Forrest Wood Cup at Lake Murray in Columbia, S.C. “I think Eufaula fishes a lot like my home water does. I think that helped me.”

Hults said he fished shallow during his three days of competition and relied on an arsenal of baits, including a Berkley PowerBait Chigger Craw, a swimming jig, a soft-plastic creature bait and a spinnerbait.

Hults’ brother, Alan, also fished the tournament and Hults cited family knowledge of Lake Eufaula as being key to his victory.

“Normally we practice before the tournaments, but this time we didn’t get to,” Hults said. “We just relied on past history with Alan doing so well the past couple of years. Basically we just came into it and did the same thing he’s done the past two years.”

Peek earned $333 for the Big Bass award in the Co-angler Division thanks to a 6-pound, 2-ounce bass he caught while fishing with pro Sparky Peterson of Monrovia, Md.

The 10 remaining pros will take off at 7 Saturday morning from White Oak Creek Recreation Area in Eufaula, Ala. Saturday’s final weigh-in will be held at the Walmart store located at 1252 S. Eufaula Ave. in Eufaula beginning at 4 p.m. Children will also be treated to a Family Fun Zone prior to Saturday’s weigh-in from noon to 4 p.m. at Walmart. All activities are free and open to the public.

Coverage of the Lake Eufaula tournament, hosted by the Eufaula Barbour County Chamber of Commerce, will be broadcast in high-definition (HD) on VERSUS, the network which brings anglers the best fishing programming on television featuring the most-trusted authorities on the water. The Emmy-nominated “FLW Outdoors,” will air May 10 from 11 a.m. to noon ET. “FLW Outdoors,” hosted by Jason Harper, is broadcast to approximately 500 million households worldwide, including internationally through agreements with WFN (World Fishing Network) and Matchroom Sport to such countries as Canada, Germany, China, South Africa, Australia, Malaysia, Russia, Hungary and the United Kingdom, making it the most widely distributed weekly outdoor-sports television show in the world.

Total awards are based on a full field of 150 boats in every tournament.