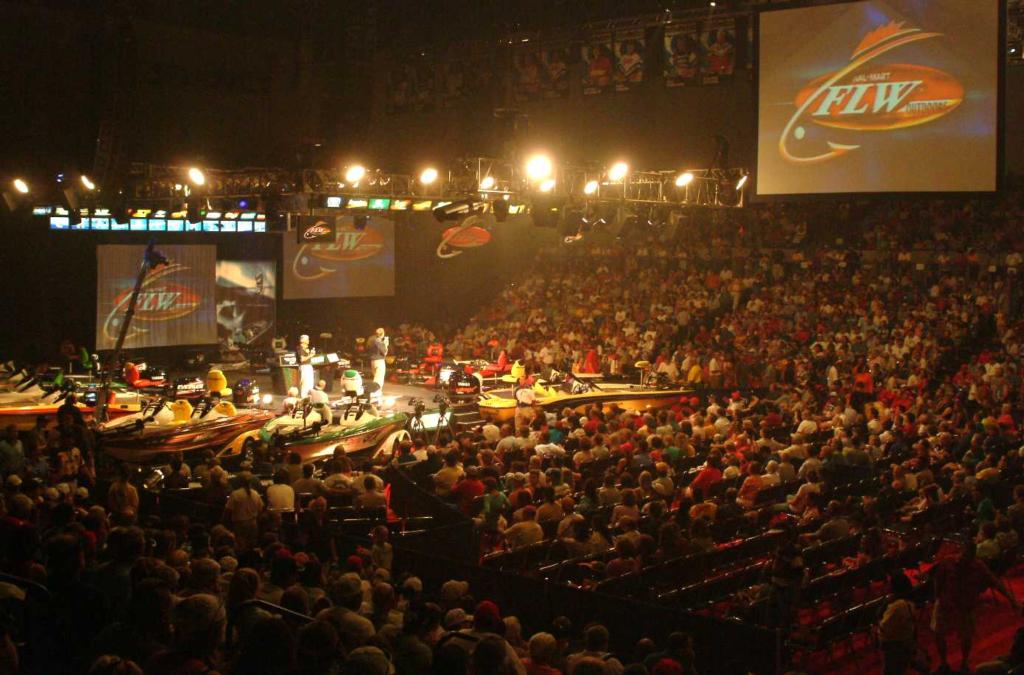 HOT SPRINGS, Ark. – FLW Outdoors and the Hot Springs Convention and Visitor’s Bureau announced today that the Walmart BFL All-American presented by Chevy will return to Hot Springs and visit DeGray Lake. The prestigious championship, which annually shines an international media spotlight on the nation’s best weekend anglers, will be held May 27-29, 2010, making its fifth return to Hot Springs since 2000.

Hot Springs has hosted a number of record-setting FLW Outdoors tournaments, including the historic 2007 Forrest Wood Cup, where Team Folgers pro Scott Suggs of Bryant, Ark., became the sport’s first $1 million winner. The event drew a then-record crowd of more than 60,000 fans to Summit Arena and the Hot Springs Convention Center over the course of four days. Hot Springs also hosted the 2005 Forrest Wood Cup and the 2008, 2004, 2001 and 2000 All-American championships, each of which set fan attendance records.

“We have a superb track record of successful events with FLW Outdoors and we look forward to having another one in 2010,” said Steve Arrison, chief executive officer for the Hot Springs Convention and Visitor’s Bureau. “This is a bass-fishing town, and we are honored to once again play host to one of the sport’s premier events. Based on the high-quality, family-friendly events that FLW Outdoors always provides, and the tremendous response we’ve seen in the past, the 2010 All-American should be another record breaker.”

The All-American, in conjunction with the FLW Tour qualifying event, will feature its traditional Family Fun Zone and Outdoor Show at the Hot Springs Convention Center with daily giveaways for children and adults alike. The Family Fun Zone will be open Thursday through Sunday and the daily weigh-ins will be held in Summit Arena for each tournament. Admission and all activities are free.

“We are thrilled to be returning to Hot Springs,” said Charlie Evans, FLW Outdoors president and CEO. “The record attendance we’ve had during previous tournaments in the city speaks volumes about the enthusiasm for bass fishing that fans have throughout the entire state of Arkansas.”

Coverage of the All-American will be broadcast in high-definition (HD) on VERSUS, the network which brings anglers the best fishing programming on television featuring the most-trusted authorities on the water. “FLW Outdoors,” hosted by Jason Harper, is broadcast to approximately 500 million households worldwide, including internationally through agreements with WFN (World Fishing Network) and Matchroom Sport to such countries as Canada, Germany, China, South Africa, Australia, Malaysia, Russia, Hungary and the United Kingdom, making it the most widely distributed weekly outdoor-sports television show in the world.

Because BFL competitors are weekend anglers, the All-American and its lucrative cash awards and international media exposure present a unique opportunity for qualifiers who will be fishing for top awards of $140,000 in the Boater Division and $70,000 in the Co-angler Division. Additionally, the winning boater and winning co-angler will advance to the Forrest Wood Cup presented by BP and Castrol in Atlanta Aug. 5-8, 2010.

Each year more than 33,000 BFL anglers and 20,000 TBF anglers nationwide compete in the hope of becoming one of just 54 boaters and 54 co-anglers who qualify for the BFL All-American.

As the nation’s leading weekend tournament circuit, the Walmart Bass Fishing League, with divisions nationwide, is widely credited with opening competitive bass fishing to the masses. The BFL also serves as a steppingstone for anglers who wish to advance to the Stren Series, Walmart FLW Series and ultimately the FLW Tour.

FLW Outdoors, named after Forrest L. Wood, the legendary founder of Ranger Boats, is the largest fishing tournament organization in the world. FLW Outdoors has taken fishing mainstream with FLW Fantasy Fishing, offering the largest awards possible in the history of fantasy sports. Sign up for Player’s Advantage to get your edge and win.