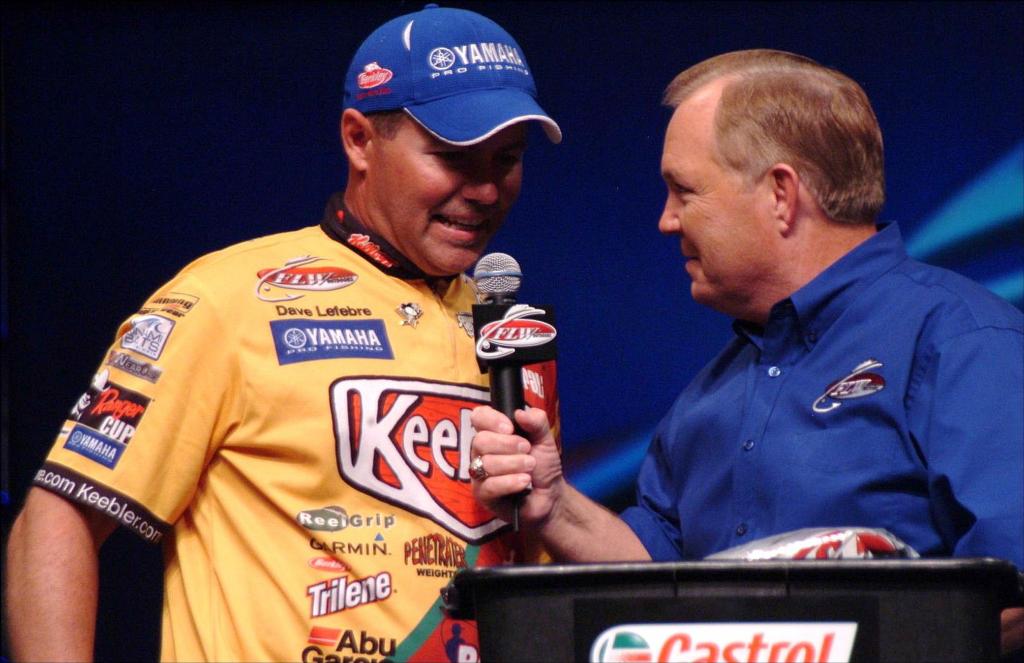 PITTSBURGH – Team Kellogg’s pro Dave Lefebre of Union City, Pa., weighed in a five-bass limit that weighed 8 pounds, 13 ounces during the first day of competition at the $2 million Forrest Wood Cup presented by BP and Castrol – the World Championship of Bass Fishing – on the Three Rivers in Pittsburgh and ended the day with a slim one-ounce lead. The Forrest Wood Cup presented is the richest bass fishing tournament in the world and features a $1 million first-place cash award.

“I probably caught 25 keepers,” said Lefebre, who has won more than $1 million in FLW Outdoors events. “I didn’t want to get all excited about this tournament, because I didn’t know what was going to happen.

“I tried to make my spot work for today and hopefully make me the cut,” Lefebre added. “And then I’ve got all my other stuff to fall back on.”

Lefebre remained tight-lipped about his methods, refusing to give up bait, technique or fishing location. He did, however, reveal that the area he fished consisted of two spots about 50 yards apart. Lefebre said he targeted rocks that were holding fish.

Lefebre said his area is holding a good number of fish and he intends to return to the area again Friday.

Former Forrest Wood Cup champion and Team Tums pro David Fritts of Lexington, N.C., inadvertently made a cast into an-off limits area and reported the rules infraction to tournament officials. As a result, Fritts’ Day One weight was voided.

Anglers will take off at 7 a.m. each day from Steelers Quay, North Shore Riverfront Park located at Art Rooney Drive across from the South Plaza of Heinz Field in Pittsburgh. Daily weigh-ins will be held at Mellon Arena at 66 Mario Lemieux Pl. in Pittsburgh beginning at 5 p.m.

In conjunction with the weigh-ins, FLW Outdoors will host a free Family Fun Zone and outdoor show at the David L. Lawrence Convention Center located at 1000 Ft. Duquesne Blvd. in Pittsburgh. The Family Fun Zone will be open from 2 to 7 p.m. Friday, 11 a.m. to 8 p.m. on Saturday and 11 a.m. to 5 p.m. on Sunday. The Family Fun Zone offers fans a chance to meet their Fantasy Fishing team anglers face-to-face and review the latest products from Berkley, Lowrance, Ranger, Evinrude, Yamaha and other sponsors while children are treated to giveaways, fishing themed games and rides like the Ranger Boat simulator. Children 14 and under visiting the Family Fun Zone on Sunday will receive a free rod and reel combo while supplies last. One lucky member of the audience will even win a new special edition Three Rivers Ranger Z20boat powered by Evinrude during the final 5 p.m. weigh-in Sunday, Aug. 2, courtesy of Froggy Radio. Admission is free, and you must be present to win.