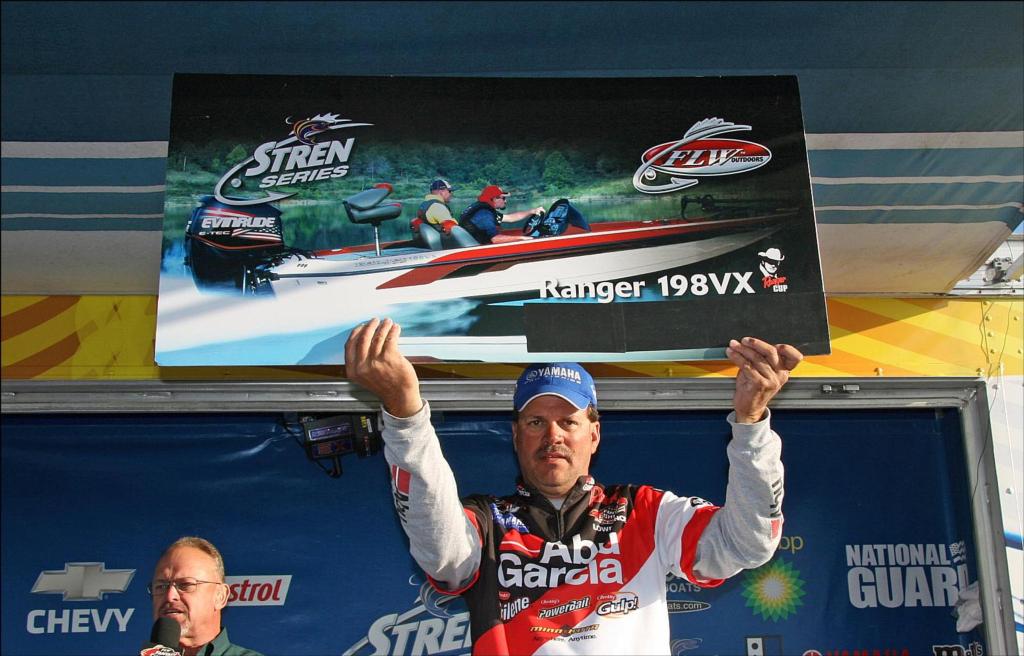 “The wind had a lot to do with this win,” said Jeane Jr., who said he caught 12 keepers on the final day of competition. “Everything changed up when the wind started blowing and I got on a lot better fish.”

Jeane Jr. said he caught all of his fish during the tournament on a 10-inch Berkley PowerBait worm and targeted brush piles on the edge of creek channels in 18 to 20 feet of water. Jeane Jr. said the fact he was “born and raised” on Toledo Bend had a large factor in the win.

“When the wind blew I knew where to go to get out of the wind,” Jeane Jr. said. “I went into the tournament knowing I was going to throw the worm and it worked out.”

Fralick caught the biggest bass of the tournament in the Pro Division Thursday – an 8-pound, 5-ounce bass – that earned him the day’s Folgers Big Bass award of $265.

Timothy Achee of Hemphill, Texas, won the Co-angler Division and a 177TR Ranger powered by an Evinrude or Yamaha outboard and trailer, with a three-day total of 14 bass weighing 28 pounds, 7 ounces.

Killingsworth and Tommy Hagler of Abilene, Texas, caught the biggest bass of the tournament in the Co-angler Division – a pair of 8-pound, 8 ounce bass – that earned them each a day’s Folgers Big Bass award of $132.

After four qualifying events are complete in each Stren Series division – Central, Northern, Southeast, Texas and Western – the top 40 pros and 40 co-anglers based on the points standings from each division advance to the Stren Series Championship on Pickwick Lake in Florence, Ala., Nov. 5-7 for a shot at $150,000 in the Pro Division and $60,000 in the Co-angler Division. The top 10 pros and 10 co-anglers from each division will also qualify for the 2010 Walmart FLW Tour® and Walmart FLW Series®, bass fishing’s top professional circuits. The highest-finishing pro and co-angler from each division at the Stren Series Championship also qualify for the 2010 Forrest Wood Cup.

In Stren Series competition, pros supply the boats, fish from the front deck against other pros and control boat movement. Co-anglers fish from the back deck and compete against other co-anglers. Every angler who receives weight credit in a tournament earns points that determine angler standings. Two hundred points are awarded to the winner, 199 points for second, 198 points for third, and so on. The full field competes on days one and two, with the top 10 pros and 10 co-anglers advancing to day three based on their two-day accumulated weight. Winners are determined by the heaviest accumulated weight from all three days.

Total awards are based on a 200-boat field in every tournament.