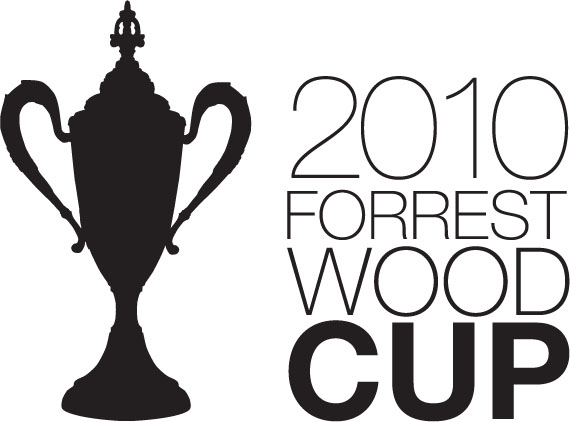 “Today I started off and caught two pretty quick”, said Meyer, who is appearing in his second consecutive Forrest Wood Cup. “I fished the same water I fished yesterday.

“I ran a bunch of water and wasn’t catching them,” Meyer added. “Yesterday I caught them mostly all suspended over the top of brush and today it seemed like I couldn’t find them doing that, so actually I just dropped it into brush.”

Meyer said he caught only five keepers throughout the course of the day with his last fish coming at 2:45. He said he caught his limit on a drop-shot rig in 25 to 30 feet of water on the south end of the lake. Meyer said he approached brushpiles and made long casts to them and kept fishing vertical and dropped the bait repeatedly in different spots in the brush until he provoked a strike.

“I’m going to fish a lot of new water tomorrow, so maybe that will produce,” Meyer said. “The bites that I’m getting are all really good ones, fortunately. It could be really good or I could have only a couple of fish.”

Nixon’s practice pattern dried up and forced the Chevy pro to make a change during competition.

“You’re not going to believe it, but in practice I was killing them on a Texas rig,” Nixon said. “I mean it was unreal. I thought I was going to win this thing on it and then all of a sudden I don’t know what happened. That cloud cover left two days in a row and they went deeper and went plumb off of it and I had to fall back on something else.

“I had to put together a new game plan yesterday,” Nixon added. “I was set on catching them 22 to 26 (feet deep) on a Texas-rig worm on brushpiles or a jig-head worm and they just left and went a little bit deeper and I’ve had to go to a drop shot.”

Nixon said he believes he has a chance to take home the championship title because he’s catching good limits each day.

“If I can just bust me 12 to 13 more (pounds) tomorrow and the next day and a couple of guys stumble or stump their toe, then it will be my time.”

Rounding out the top-10 pros after day one on Lake Lanier are:

The second day of competition marks the cut to the top 30 pros and co-anglers. Pros are competing for the title of Forrest Wood Cup champion, the most prestigious award in professional bass fishing, as well as a top award of up to $600,000 – the sport’s biggest award.

Daily takeoff ceremonies will be held at Laurel Park, located at 3100 Old Cleveland Hwy. in Gainesville, Ga., each morning from 6:30 to 7 a.m. Takeoffs will commence at 7 a.m. Weigh-ins will be held daily at 5 p.m. at The Arena at Gwinnett Center located at 6400 Sugarloaf Pkwy. in Duluth, Ga.

The FLW Outdoors Expo will be held in conjunction with the Forrest Wood Cup at the Gwinnett Convention Center on Friday from noon to 5 p.m. and Saturday and Sunday from 10 a.m. to 5 p.m. FLW Outdoors Expo includes Ranger boat simulators, angler seminars, the opportunity to meet professional anglers, see and test the latest outdoor equipment, enjoy interactive games, activities and giveaways provided by sponsors, and learn more about the sport of fishing and other outdoor activities. All activities are free and open to the public.