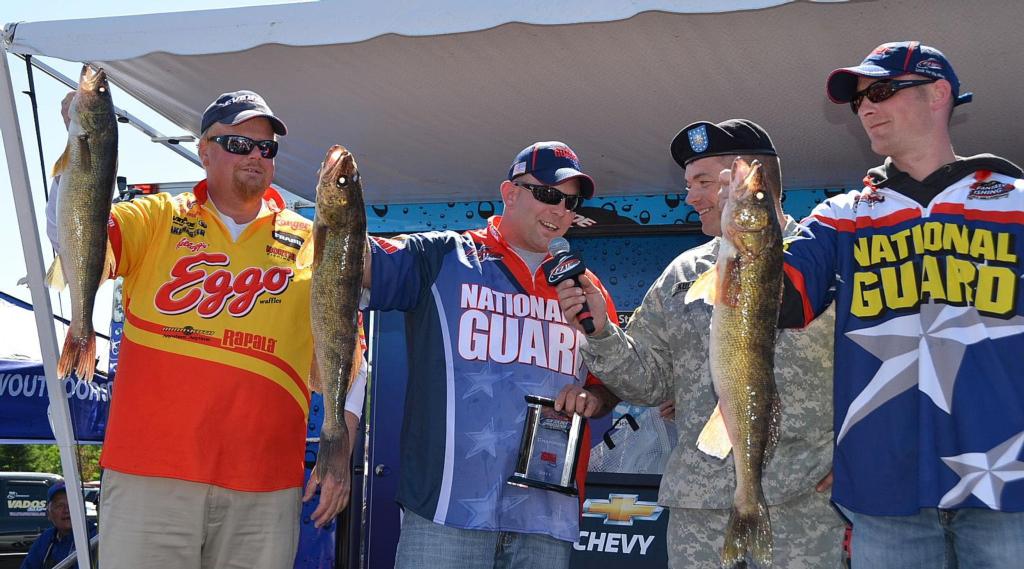 “What a fantastic day,” said Staff Sgt. Rime. “Bro was a great guide. He said he would put us on 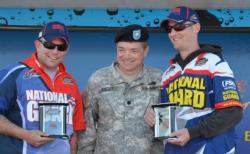 some fish and he did. It was just a great experience and we had a lot of fun.”

“Fishing is a lot better here than in Jackson, Minn.,” said Sgt.1st Class Oye. “We were catching fish all day long and had a ball.”

“I was mad at `em today,” said Brosdahl about the three overs they brought to the scales. “These guys were real hookers, I think they should both get on the tournament trail. What a blast we had and what an honor it was for me to take them out fishing.”

A total of 19 service men, 10 teams, participated in the tournament. Rounding out the teams was:

The Soldier Appreciation Tournament was held in conjunction with the National Guard FLW Walleye Tour on Leech Lake presented by Mercury and hosted by Northern Lights Casino.

FLW Outdoors is the best in fishing, on and off the water. Anglers worldwide can compete for millions over the course of 191 tournaments in 2011. FLW Outdoors has taken fishing mainstream with the world’s richest fantasy sports game, FLW Fantasy Fishing presented by Straight Talk, where competitors can play for free as well as sign up for Player’s Advantage to gain an edge. For more information about FLW Outdoors and FLW Fantasy Fishing, browse FLWOutdoors.com or visit FantasyFishing.com.