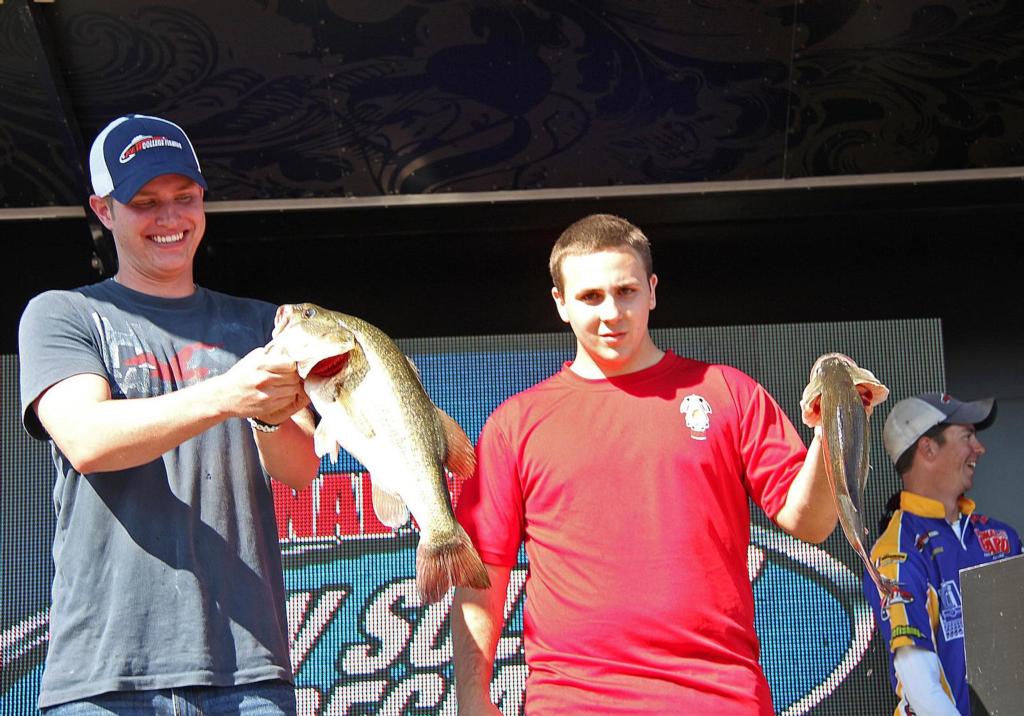 “It was a fun day in the sun,” said Pvt. Chris Higgins. “I do fish but this was my first tournament and my first time on Lake Somerville. We had a great day with Jerod, I learned how to flick!”

“My dad is a fishing guide so I have spent a lot of time fishing,” said Pvt. Ryan Kirkland. “This was my first time on Lake Somerville and we had a great day.”

“They are excellent net men,” said National Guard FLW College angler Jerod Hawkes. “Trust me, I have lost a lot of big fish at the net, it is not an easy thing to do. It was pretty exciting bringing in that 7-pounder. We were mostly fishing with crankbaits on rock banks. We got the big one using a Sebile Crankster. It was a great day.”

A total of 16 service men and women, 9 teams, participated in the tournament. Rounding out the teams were:

The Soldier Appreciation Tournament was held in conjunction with the National Guard FLW College Fishing Texas Regional Championship on Lake Somerville presented by Mercury and hosted by Texas A&M.