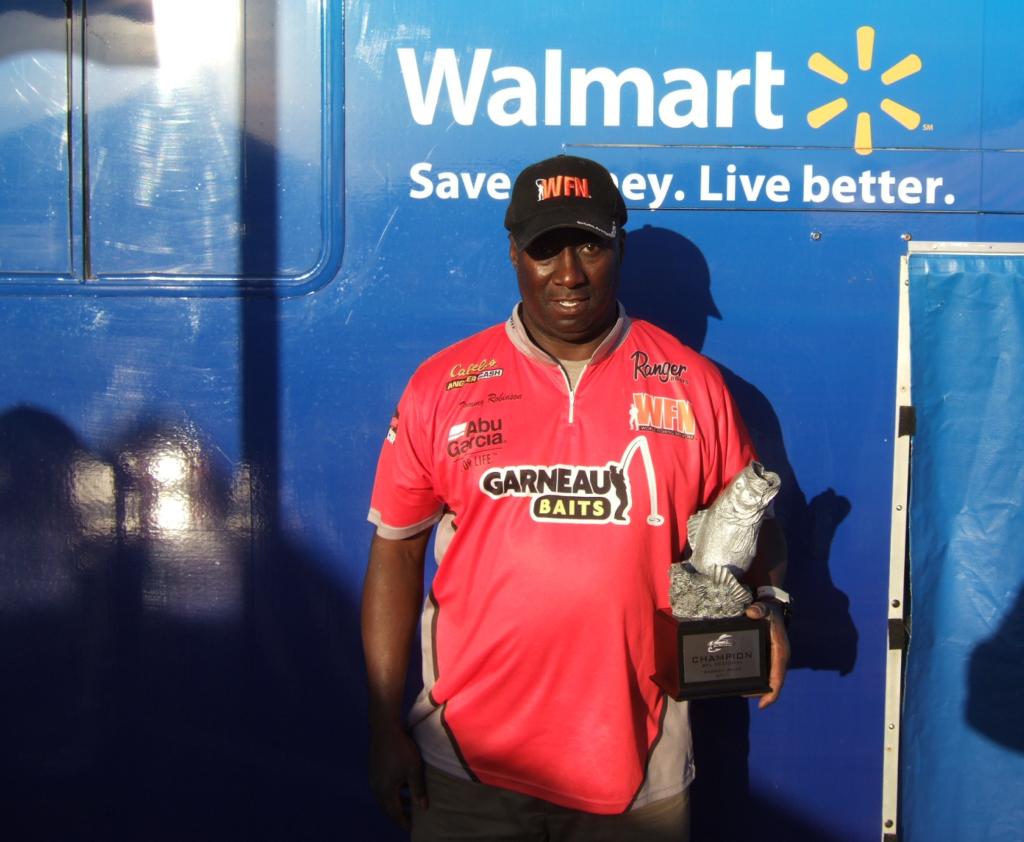 Boater Tommy Robinson of Westland, Mich., earned a Ranger boat with a 200-horsepower outboard along with a Chevy 1500 Silverado as the winner of the BFL Regional Championship on the Barren River. Angler: Tommy Robinson.
October 22, 2011 • MLF • Archives

SCOTTSVILLE, Ky. – Tommy Robinson of Westland, Mich., won the Walmart Bass Fishing League (BFL) Regional on the Barren River Saturday with a three-day total of 15 bass weighing 40 pounds, 12 ounces. For his victory, Robinson won a 198VX Ranger boat with a 200-horsepower Evinrude or Mercury outboard motor plus a Chevy 1500 Silverado and a berth in the BFL All-American Championship tournament.

This regional tournament featured the top 40 boaters and 40 co-anglers from the Great Lakes, Hoosier, Illini and Michigan divisions of the BFL circuit.

“I was fishing as far back in Peter’s Creek as you could get,” said Robinson. “I was bumpin’ stumps in 3 to 5 feet of water for the entire tournament. I started flipping with an EmGem by Garneau and then changed to Strike King 1.5 crankbaits, which is what I caught most of my big fish on. There were a lot of guys fishing in the creek, but they were mostly using jigs and flipping soft plastics. I was the only one throwing a crankbait.

“I literally paddled my way to the championship,” Robinson continued. “On the last day, I lost my trolling motor so had to use a wooden paddle to keep me in my key area. No one fished the creek on the final day with me, and I knew I had a pretty good chance of winning when on my second cast I caught a 3-pounder. I knew then that the area had replenished and I had a good shot at winning.”

The remaining top six boaters and also qualifying for the BFL All-American: 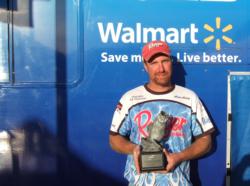 Aaron Arning of Walnut Hill, Ill., won the Co-angler Division with a three-day total of 10 bass weighing 23 pounds, 5 ounces. He took home a 198VX Ranger boat including a 200-horsepower Evinrude or Mercury outboard motor along with a berth in the BFL All-American Championship.

The remaining top six co-anglers and also qualifying for the BFL All-American: