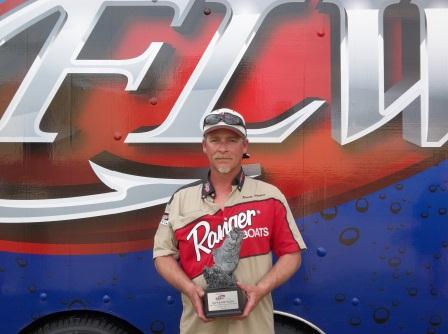 “I had a whole lot of mechanical issues with my boat on Friday,” said Childers. “I really did not get a whole lot of practice in. I basically just went fishing, and I was able to figure it out as the day went on. I had heard the rumor coming in that a lot of guys would be sight fishing, but I didn’t see enough bass on the beds for me to fool with it. I ended up fishing topwater and with soft plastics, and we ended up catching a bunch of fish.

“I ran a few shallow pockets in the early morning and we caught quite a few,” Childers continued. “They were a little small though, and most were under the 14-inch slot. Later in the day, we moved out to the main lake where there wasn’t as much boat traffic and that’s where we figured it out. We moved to the shoals, and caught a lot of fish on every bed we ran. I believe the fish were out on the shoals to bed, not in the pockets where everyone was looking for them.

“I’m a jig fisherman, and I had a jig laying on the deck all day, but I never even had to pick it up,” Childers went on to say. “We stuck with the soft plastics – Senkos and worms. No one else was fishing the shoals and that is definitely what helped me win this tournament.” 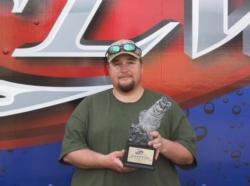