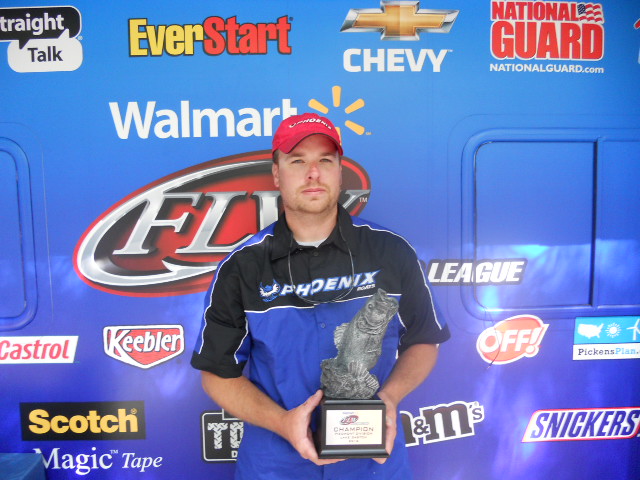 Shawn Hammack of Gasburg, Va., grabbed top spot on the boater side of the April 21 Piedmont Division event on Lake Gaston with a weight of 18 pounds, 9 ounces. Hammack walked away with nearly $4,000 in prize money.
April 21, 2012 • MLF • Phoenix Bass Fishing League

“I had a really good practice day coming into this tournament on Friday,” said Hammack. “I had found around 50 fish that were just sitting on the beds in the lake pockets. I ended up being the last boat out though and by the time I got to my first pocket, there were already three boats there that I had to fish behind. It was a grind, but I was able to catch a limit and I had around 15 pounds. I was sight fishing all day, and all of my fish came off of the beds. I could see a nice 6-pounder just sitting on her bed, but I could not get her to bite. So I left and fished some of my other pockets.

“Later in the day I returned to try to boat the 6-pounder, but there was another boat already on it,” continued Hammack. “I pulled up and the fisherman told me he had been working it for an hour with no luck, and he was leaving. I threw my jig out there and worked it for a bit, and finally was able to get her to bite. She ended up being the key to my win.

“I caught most of my fish on a small 3/16-ounce Pumpkin Pepper Green-colored Terminator Tiny T jig,” Hammack went on to say. “The big one came on a 1/2-ounce pumpkin and orange-colored jig though. I was fishing mid-lake, near the Eaton’s Ferry Bridge and caught 10 fish throughout the day.” 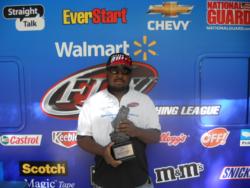