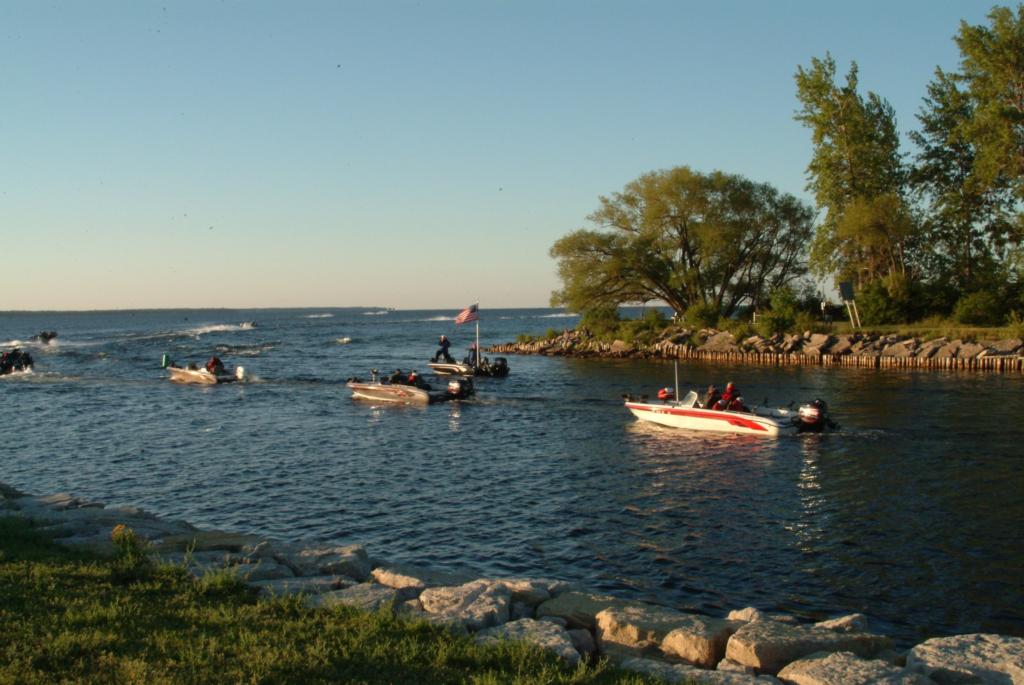 ESCANABA, Mich. – The National Guard FLW Walleye Tour on Bays de Noc will visit Escanaba, Mich., Aug. 2-4 for the final tournament of its 13th season. Hosted by the Bays de Noc Convention & Visitors Bureau, the tournament will feature as many as 150 of the world’s best walleye pros and co-anglers casting for top awards up to $63,000 in the Pro Division and $10,500 in the Co-angler Division.

“Lake Michigan and the Bays de Noc area is such a beautiful place to fish,” said Straight Talk pro Tom Keenan of Hatley, Wis., who finished in second place at the Bays de Noc event in 2008. “It’s where I grew up, and I can’t wait to get back there. The recent heat wave that we’ve been having has actually accelerated the alewife spawn, and by the time we roll into town they should be finished. That will help our walleye bite out a ton.

“All the reports that I’ve heard this year have said that fishing has been really good,” Keenan added. “This has been the best year in quite a while. I’m expecting some really good weights. A lot of that is depending on the wind, though. If the wind does not blow, the weights will go down. It can be a very tough body of water in flat calm conditions.”

The 2011 National Guard FLW Walleye Tour Angler of the Year said anglers will target walleye throughout the tournament by throwing spinner combinations with a night crawler as well as crankbaits such as Rapala Husky Jerks and Reef Runners.

“I plan on spending half of my time with crankbaits and half of my time trolling spinners,” Keenan said. “I think that the wind is going to play a huge factor. If we get the wind, you can catch them at just about any depth. If it’s flat calm, the fish are going to be suspended deep. An angler who puts the time and effort into finding the deep suspended fish will have a huge competitive advantage in this tournament.”

Keenan predicts the winning angler will rely on finding the finicky 21- to 23-inch fish and said that 60 pounds over the three days will take the title at Bays de Noc.

“The 22-inchers are gold on Lake Michigan,” Keenan said. “They’re also hands down the hardest ones to catch. The guy that can figure out how to catch a few of those and mix it up with two `overs’ will have a very good chance at winning this tournament.”

In FLW Walleye Tour competition, anglers are also vying for valuable points in hopes of qualifying for the 2012 Walleye Tour Championship. This year’s championship will be in Davenport, Iowa, Oct. 25-28 on the Mississippi River, and anglers could win as much as $100,000. Anglers are also vying for the prestigious 2012 National Guard FLW Walleye Tour Angler of the Year title that will be determined by the most points accumulated over the four-tournament season.