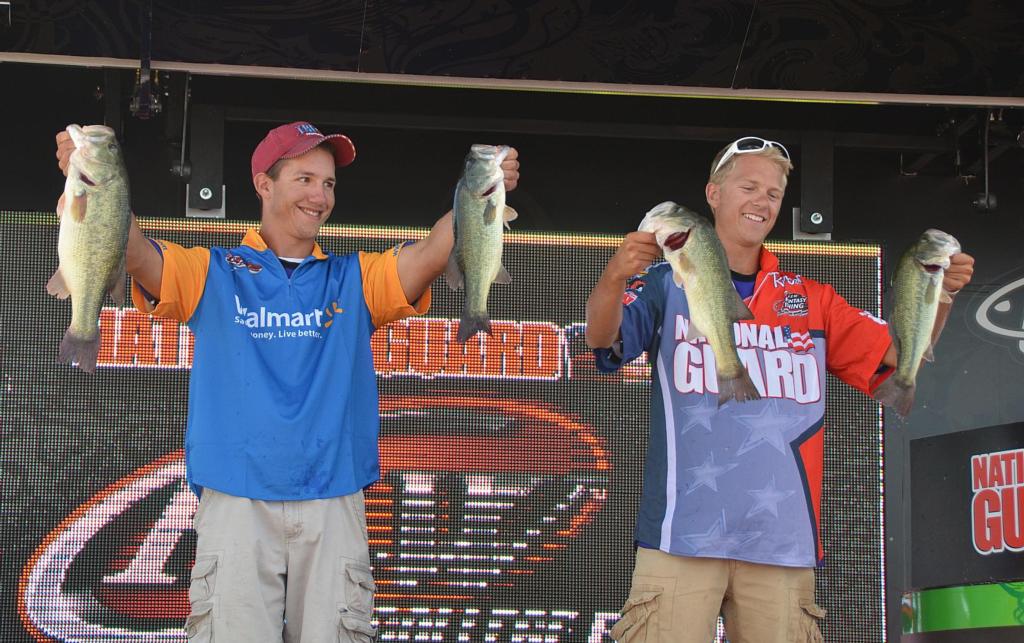 The High School Central Conference Championship was held on Saturday in conjunction with the FLW College Fishing Central Conference Championship. Eight high school teams from across the region were represented. Ultimately, Nick Marsh of Commerce Township, Mich., and Kyle Boe of Lake Porion, Mich., from Michigan – SAF, walked away with the tournament title as well as a berth in the 2013 High School Fishing National Championship.

The team beat their closest competitor, Winamac/Decatur Central High School out of Indiana by 2 pounds, 9 ounces. They were the only two teams to catch five bass limits.

After having what was described as a really lousy pre-practice on Friday, the team was extremely jubilant with their victory today. 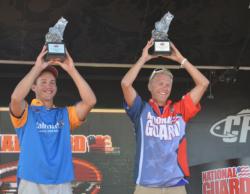 “We went out there today not expecting much and doing something completely different than we did yesterday,” Marsh said. “And it all just clicked; we stayed focused and were lucky it worked out.”

The team said they were fishing the same areas as Eastern Kentucky and Indiana University for most of the day. They were targeting deep grass with ChatterBaits and Texas rig centipedes. According to Boe the team had six keepers all day and went from 8:30 a.m. to 2:30 p.m. without catching a keeper, “it was nerve wracking”.

“I am speechless, Boe said. “This has been an incredible experience with TBF and FLW giving us this opportunity to fish these tournaments.”

Rounding out the top-eight teams were: