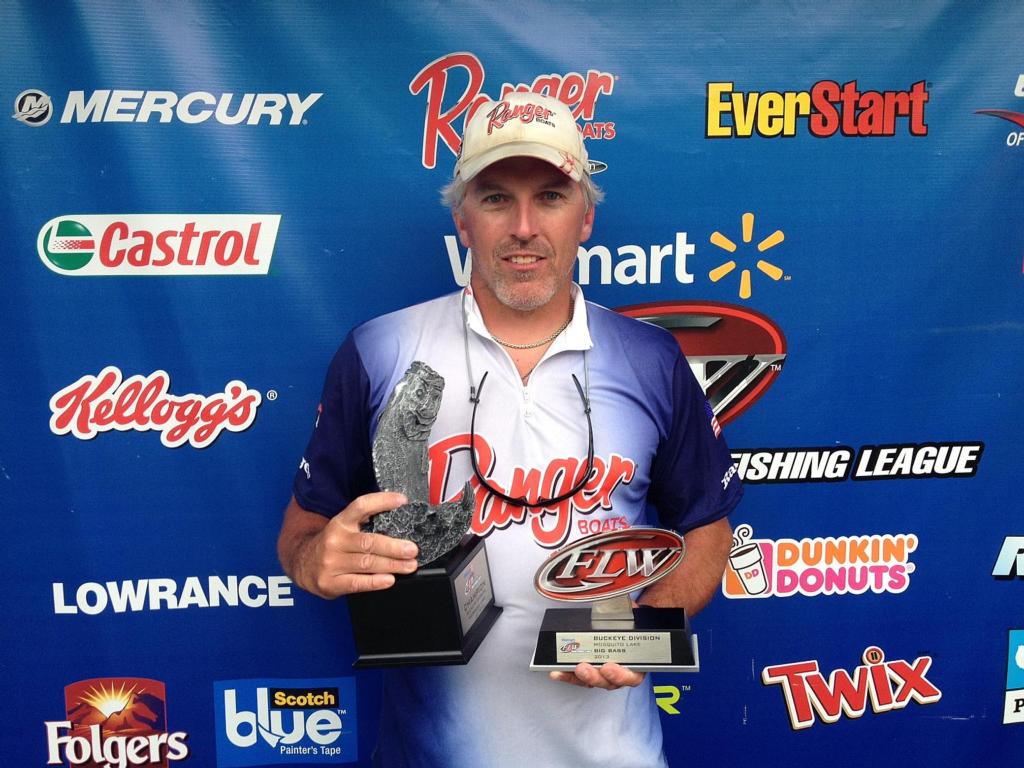 Dan Fry of Marysville, Ohio won the June 1 Buckeye Division event on Mosquito Lake with a 10-pound, 5-ounce limit. He walked away with over $5,600 in winnings for his efforts.
Vanover earns co-angler title
June 1, 2013 • MLF • Phoenix Bass Fishing League

The severe storms that were supposed to take place on Saturday never developed, however, the wind was heavy and the fishable areas of Mosquito Lake were limited according to Fry. He stayed on the west side of the lake and tried to fish “where others weren’t”.

“I jumped around a lot from the ramp, north to the bridge,” said Fry. “Everyone knew the fish were in pockets and the trick was to find places where others weren’t fishing. I was targeting grass and other vegetation just outside the pockets with buzzbaits, tubes and worms.

“I got my limit using a buzzbait, but then I was able to upgrade with one I caught on a tube and one I got on a worm,” continued Fry. “You can catch little fish all you want on Mosquito Lake, but it’s hard to get those decent-sized bass.”

Fry’s game plan going into the tournament was to use topwater baits. He knew that he would have fewer bites with the topwater baits, but he also knew the bites that he did get would be better quality.

“It was hard sticking to my game plan,” added Fry. “I was watching guys all around me catch fish after fish, but I stuck with my original plan and it worked.” 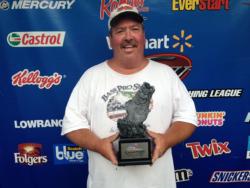