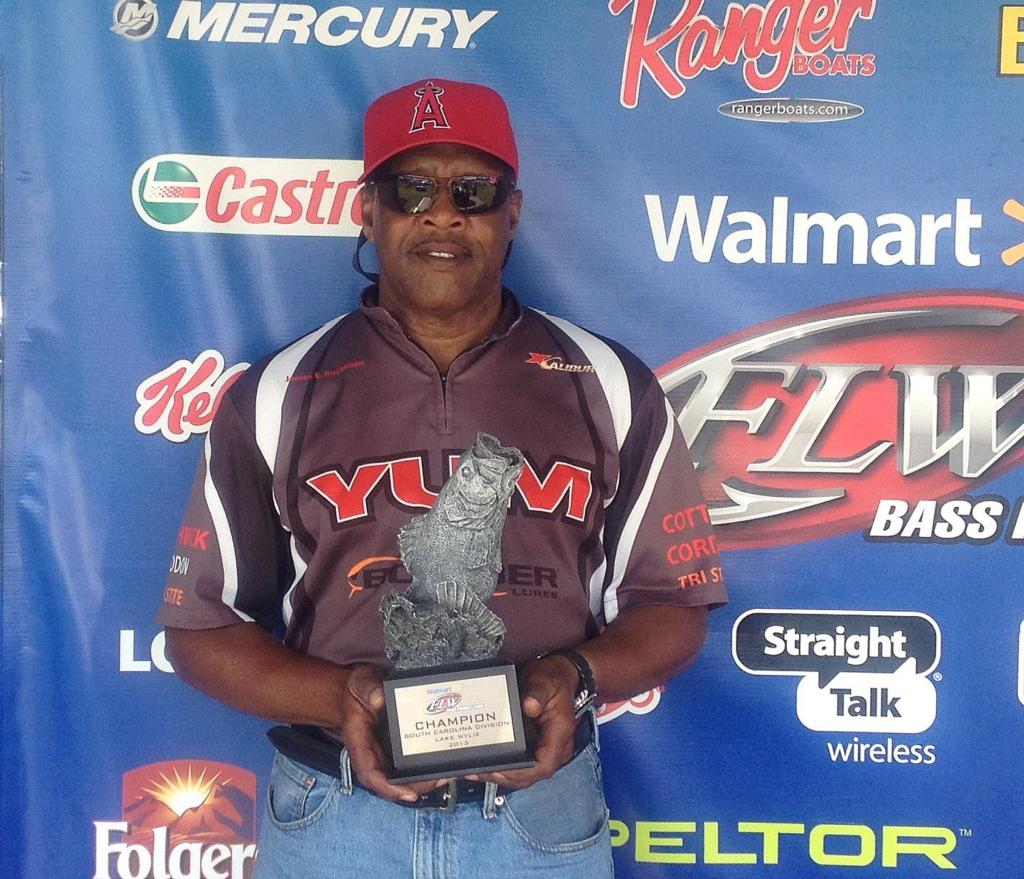 James Buchanan of Monroe, N.C., won the June 15 South Carolina Division event on Lake Wylie with a 16-pound, 15-ounce limit. He walked away with a check worth over $3,600 for his efforts.
New takes co-angler crown
June 15, 2013 • MLF • Phoenix Bass Fishing League

“I didn’t have a solid game plan going into the tournament,” said Buchanan. “On Saturday, I got there, looked at the conditions and formulated my plan.

“Conditions were such that I got to fish my strengths,” continued Buchanan. “I’m a shallow-water angler, and the water was just right to set up my plan. The rain that we had over the past week made the water a little dingy, and that was just what I wanted. I know that the bass feed on the bluegill beds, so I set out to find the bluegill beds that I had found during practice a few weeks ago.”

According to Buchannan, he was using a Rebel Pop-R as well as shaky-head rigged worms in no more than 7 inches of water.

“I was in the right place at the right time doing the right thing,” Buchannan went on to say. “I know how hard it is to win one of these BFL tournaments. This is my home lake, and I knew that this was my best chance of winning a tournament in this division, so I really concentrated my efforts on this event. It is really hard to win a BFL when you are traveling, because you fish against the locals that really know the lake. It’s hard to compete against local knowledge at this level.” 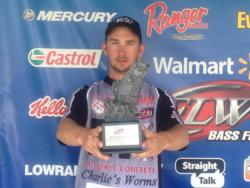