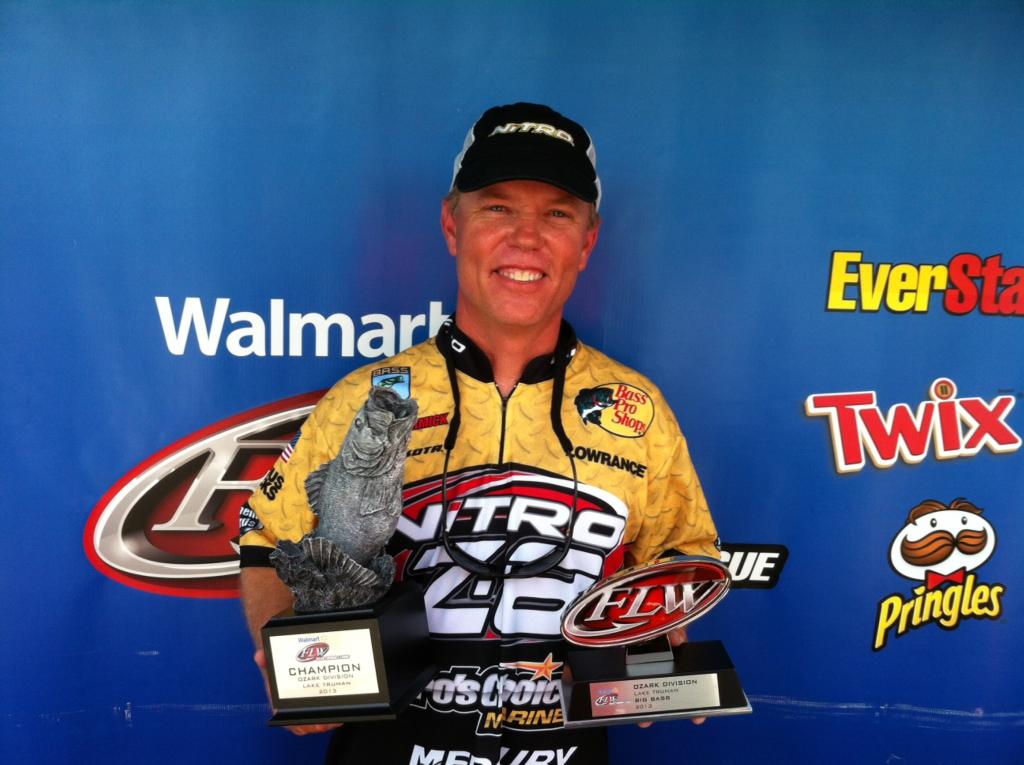 McCormick won by a wide margin on Lake Truman and described it as a “relief” to win on his home lake after many second-place finishes. He said he started the day targeting the banks behind flooded bushes and had a limit by 9:30.

“I had a fish on my second cast,” said McCormick.

“Later on I moved into the Grand arm,” McCormick continued. “The water was dirtier there, and the fish were positioned on the outside of the bushes. I noticed that the biggest fish were around the bushes with the most current, and that you could tell by how tight the mudline was to the bank.”

“It was almost like trout fishing, the way you could see your frog floating along in the current,” McCormick said.

According to McCormick he was using a Senko and a popping frog and caught most of his bigger fish around the edges of the bushes in 4 to 6 feet of water.

McCormick also caught the biggest fish of the tournament, a 5-pound 3-ounce largemouth.

“I caught that around 12 o’clock,” he said. “I caught it and my other big fish right next to each other.” 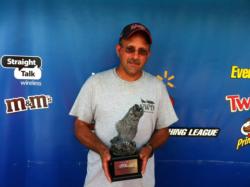