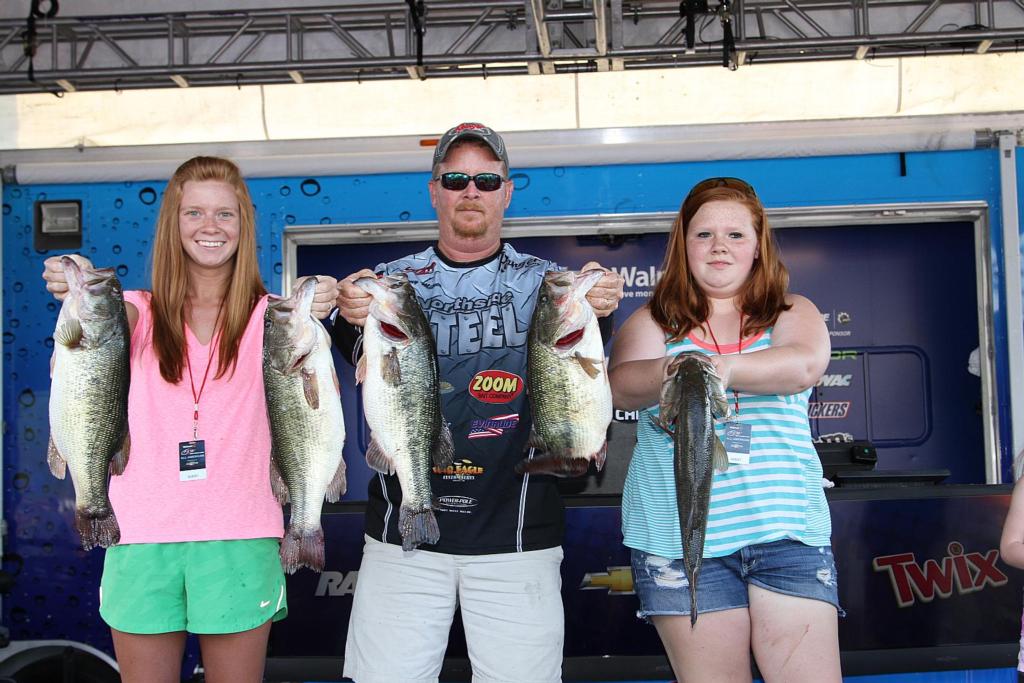 CHATTANOOGA, Tenn. – Boater Kerry Milner of Bono, Ark., caught a five-bass limit weighing 25 pounds, 12 ounces for a three-day total of 15 bass weighing 63 pounds even to win the Walmart BFL All-American presented by Chevy. Milner won $120,000 in a tournament featuring the best weekend anglers – 49 boaters and 49 co-anglers – from across the country. Milner also won the opportunity to compete in the 2013 Forrest Wood Cup presented by Walmart on the Red River Aug. 15-18.

“I feel blessed right now,” said Milner, whose lone prior win came at a BFL Arkie Division event in 2008. “I fished for three days and prayed for three days. The good Lord was with me.”

Milner said his main spot was near the dam and was a current break at a wall that separated a canal from the main river channel. His baits included a Carolina-rigged Zoom Brush Hog and a homemade football jig tipped with a Zoom Fat Albert grub.

“Any time you fish in a tailrace, the fish are healthy and there are a lot of baitfish there, too,” Milner said. “You find where they feed and you hit them when they come up to feed. I sat there for hours without a bite at times. It was a grind.”

Milner said he’s looking forward to competing in the Forrest Wood Cup against the best pros in the world, even if the body of water is unfamiliar to him.

“I know absolutely nothing about the Red River, but I can do some research,” Milner said. “And I have a ton of friends who support me. My wife supports me and I love her for it. And I’d like to thank my mom and dad for their support. My dad raised me in the outdoors, and I love them for that.” 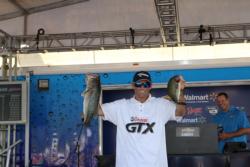 “FLW puts on the best tournaments you can fish,” Buswell said. “I am ecstatic and in awe. I knew I had to do really well today, and I just gave it my all,” Buswell added. “My boaters put me around the fish and I just had to put them in the boat. I caught fish on six different baits today. I just made adjustments and it all happened right.”

Coverage of the BFL All-American will be broadcast in high-definition (HD) on NBC Sports Network when “FLW” airs Aug. 13 from 3:30-4:30 p.m. ET. The Emmy-nominated “FLW” television show is hosted by Jason Harper and is broadcast to more than 564 million households worldwide, making it the most widely distributed weekly outdoors-sports television show in the world.