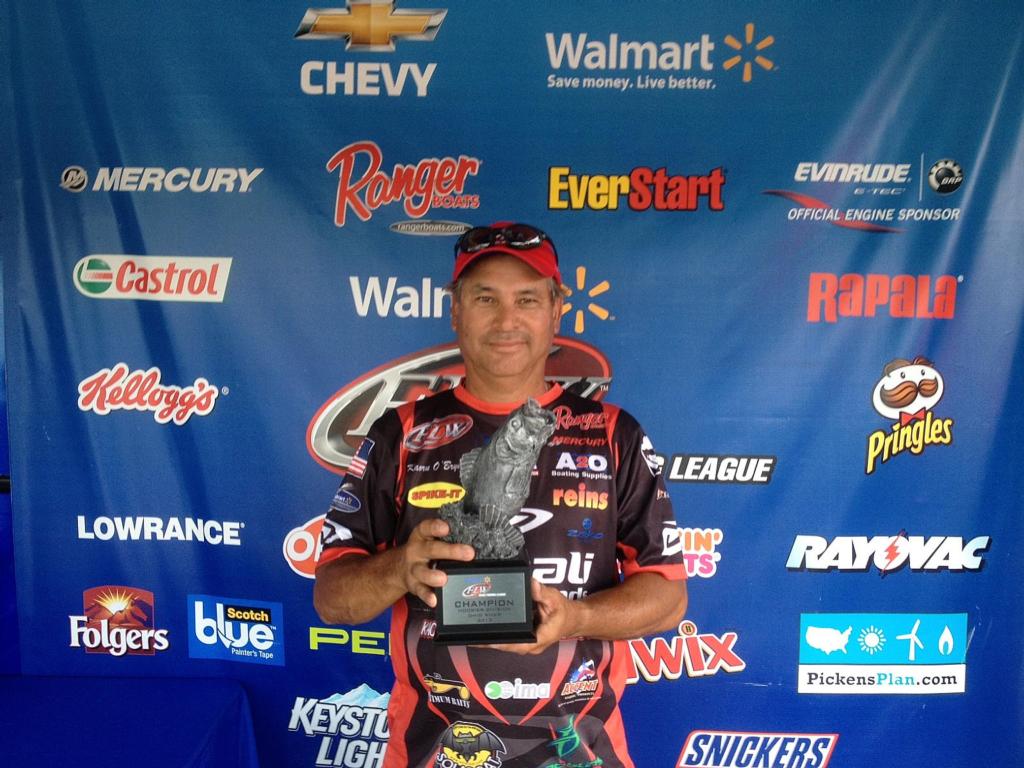 “I was fishing way up near the head of Par Creek off of the main river,” said O’Bryan. “I had fished this spot for years in the past, but not over the last couple. I happened to stop there in the morning to check it out, and I’m glad that I did.”

“I caught three on the Splash-It and five on the buzzbait,” O’Bryan said. “The big ones came on the topwater. Those fish were suspending over the creek stumps. The fish that I caught on the buzzbait came off of lay-downs.

“I could have weighed in 15 pounds, but I missed a few,” O’Bryan went on to say. “The key for me was really just sticking with my baits. I knew that the bigger fish were suspended and sluggish. I had confidence in my topwater though, and I just worked it very slowly.” 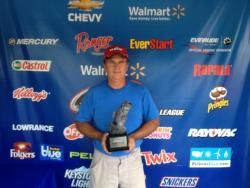