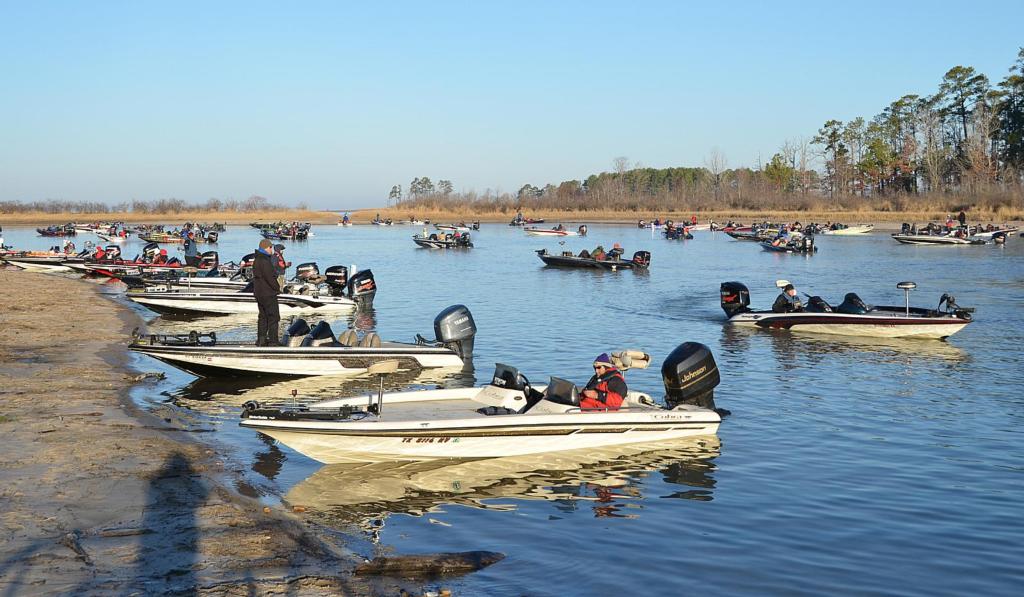 The 2013 Walmart BFL season continues with five Super Tournaments on Saturday, Sept. 14th and Sunday, Sept. 15th. The Bulldog Division is headed to West Point Lake, the Cowboy Division is set to take on Sam Rayburn, the Hoosier Division will compete on the Ohio River at Tanner’s Creek, the Michigan Division will meet on the Detroit River and the South Carolina Division will fish Lake Hartwell. Up to 400 boaters and co-anglers will be competing in each event on the first day, and the top 20 percent of the field on the second day will be fishing for top awards of up to $9,000 and $4,500 respectively.

Notes: Bass fishing on West Point Lake is expected to be tough. Anglers will likely target shoreline cover like docks, grass and rocks, as well as fishing off-shore. Off-shore the competitors will use shaky head rigs, deep diving crankbaits, swimbaits and topwater baits to tempt fish. Shallow fish will likely be caught on topwater baits, Texas rigs and jigs. The winning weight should be about 23 pounds.

Notes: Bass fishing on the Sam Rayburn Reservoir should be good. The lake will still be in a summer pattern during the tournament and fish will be caught shallow in the mornings, as well as offshore and around hydrilla. Topwater baits will be popular in the mornings, while Carolina rigs, football-head jigs and crankbaits will all produce offshore. The fish in the hydrilla will likely be targeted with frogs and punching baits. The winner will probably bring in around 38 pounds of bass in this two-day event.

Tanners Creek Drive off of Highway 50

Notes: Bass fishing on the Ohio River is expected to be tough. Fish will be scattered between shallow backwater cover and main-channel current breaks like bridges, rocks and shoals. Anglers will probably use finesse rigs, soft plastics, jigs, crankbaits and topwater baits to entice the Ohio River bass. The winning weight is expected to be around 18 pounds.

Notes: Bass fishing on the Detroit River is expected to be good. Because Lake St. Clair hasn’t been fishing as well as usual this year, many anglers will run into Lake Erie to target the big smallmouth population there. Anglers will target the grass beds and current in Lake St. Clair and the Detroit River. In Lake Erie anglers are expected to look for gravel beds and deep rock piles. Popular baits will be drop-shot rigs, jerkbaits, tubes, swimbaits and crankbaits. Forty pounds is estimated to be the winning weight in tis two-day tournament.

Notes: Bass fishing on Lake Hartwell is reported as tough. The water level is two feet above full pool, and it has scattered shallow largemouth into the suddenly widely available shoreline cover. Despite the high water, spotted bass are also still available to be caught in typical summer spots – on deep brush, points and rocks. Fishermen are expected to use worms, spinnerbaits and jigs to target the shallower fish while topwater baits, shaky heads and drop-shot rigs will take precedence in deeper water. The winning weight is expected to be around 28 pounds.

FLW is the industry’s premier tournament-fishing organization, providing anglers of all skill levels the opportunity to compete for millions in prize money nationwide in 2013 over the course of 220 tournaments across five tournament circuits, four of which provide an avenue to the sport’s richest payday and most coveted championship trophy – the Forrest Wood Cup. FLW tournament fishing can be seen on the Emmy-nominated “FLW” television show and is broadcast to more than 564 million households worldwide, making it the most widely distributed weekly outdoors-sports television show in the world. FLW is committed to providing a lifestyle experience that is the “Best in Fishing, On and Off the Water.” For more information about FLW and FLW Fantasy Fishing, visit FLWOutdoors.com or FantasyFishing.com and look for FLW on Twitter and Facebook.