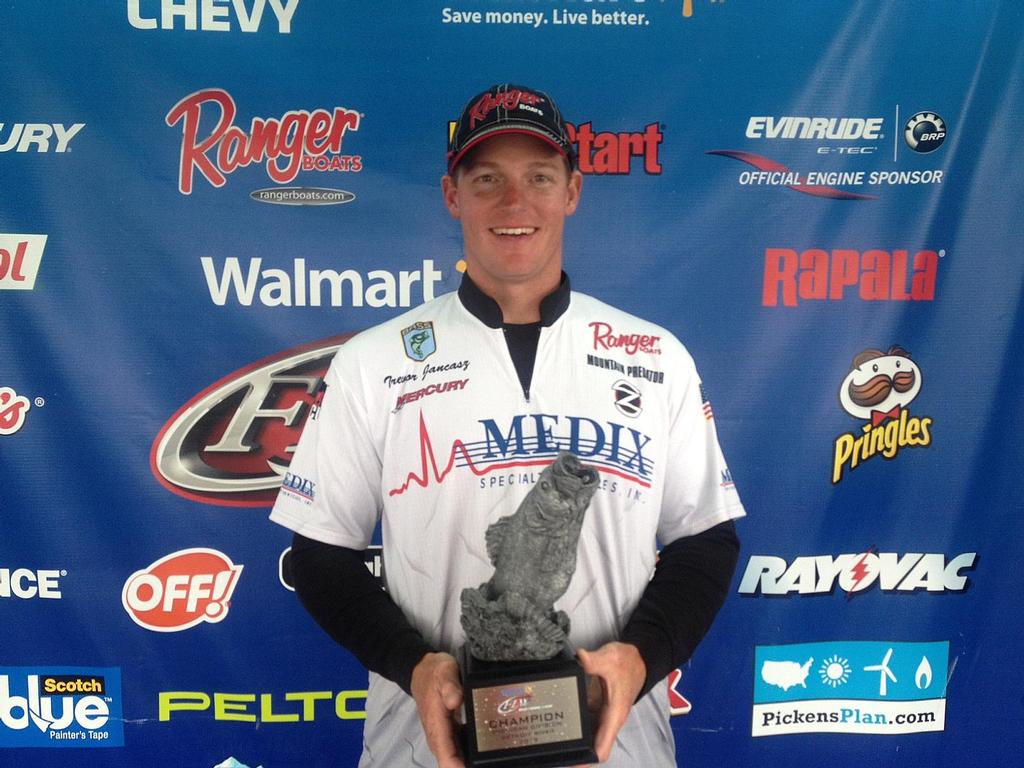 Trevor Jancasz of White Pigeon, Mich., won the Sept. 14-15 Michigan Division Super Tournament on the Detroit River with a two-day total weight of 38 pounds, 3 ounces. He walked away with over $6,300 for his efforts.
Goetsch wins co-angler title
September 15, 2013 • MLF • Phoenix Bass Fishing League

Jancasz secured his first BFL win by making the long run into Lake Erie and drop-shotting for the lake’s famous smallmouth.

“I had three spots in 20 to 30 feet that were playing,” said Jancasz. “Just isolated rock piles with about a 2- to 4-foot rise on them. The best spot that I had I never even practiced on. I hammered them the first day.”

On the second day, Jancasz battled the waves and held on for a win.

“I’ve got a Ranger Z521 with a Mercury and a Fury prop, and that thing was amazing on the second day,” said Jancasz. “I learned something at the last EverStart – on the last day it got rough and there was a storm coming, and boats going to Lake Erie were turning around, and I got scared and turned around. In the morning it was ripping rough and this time I was boat one. There was no turning around. I just told myself I was going to fish my three spots and catch whatever I caught. So I stood on my trolling motor, on 100 (percent), for six hours, and it worked out.

“It feels awesome to win, it really does,” continued Jancasz. “It’s a relief. It’s been a long time coming, and it feels really good. I’ve been on a roll all year, and it all came together with this win.” 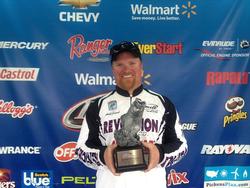 Mark Goetsch of Gibraltar, Mich., weighed in a two-day total of 10 bass totaling 35 pounds, 4 ounces Sunday to win $2,162 in the co-angler division.