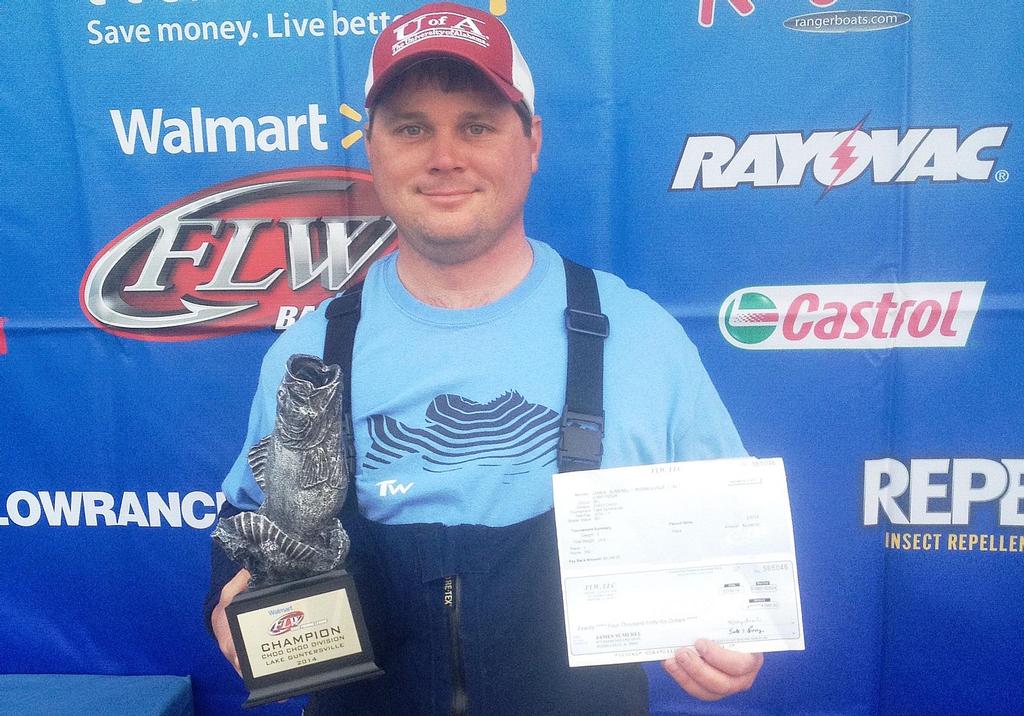 On a cold winter’s day, Sumerel mined the edge of a ledge for 29 pounds and his first BFL win.

“It actually snowed and sleeted while we were getting ready,” said Sumerel. “Luckily it stopped by the time we put in.

“I fished a ledge. The same ledge all day long,” continued Sumerel. “I basically just had a 250-yard stretch that I went up and down. We would throw up on top of the ledge into about 4 to 6 feet of water. The fish were in some greener hydrilla that was right on the edge of the ledge before it broke off into 18 or 20 feet of water.”

Sumerel said that four of the fish he weighed in came on a 6-inch Basstrix swimbait and that his fifth ate a Strike King Red Eye Shad. He said he caught about 15 keepers throughout the day – an impressive feat in an event where only 18 limits were weighed – and culled about one bass per hour on average.

“I had no clue that I was going to win,” finished Sumerel. “I had my limit by 8 o’clock, and I told my co-angler it would take around 35 pounds if they were eating like that everywhere.” 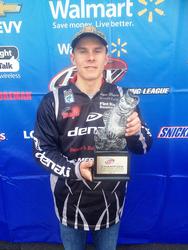 Ryan Shields of New Market, Ala., weighed in a five-bass limit totaling 18 pounds, 14 ounces Saturday to win $2,023 in the Co-angler Division.

About the Walmart BFL