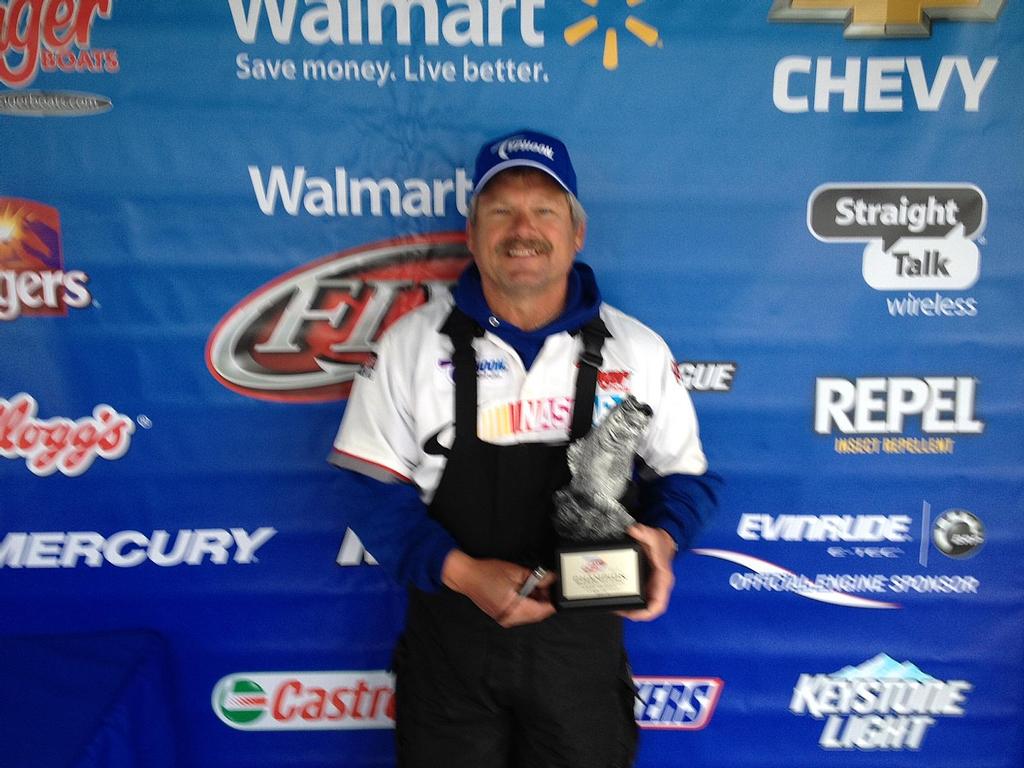 Sisk said he was throwing a 1/2-ounce vibrating jig made by Hawgback Lures to catch his four on a stingy and cold Lake Patoka. He would let it fall into the grass and then rip it out to trigger a reaction strike.

“I had four bites, that’s it,” finished Sisk. “I thought I’d have to have five fish to win. But I had one that weighed s pounds, 7 ounces and that goes a long way.” 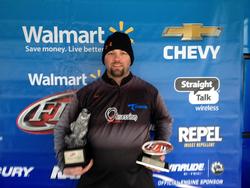