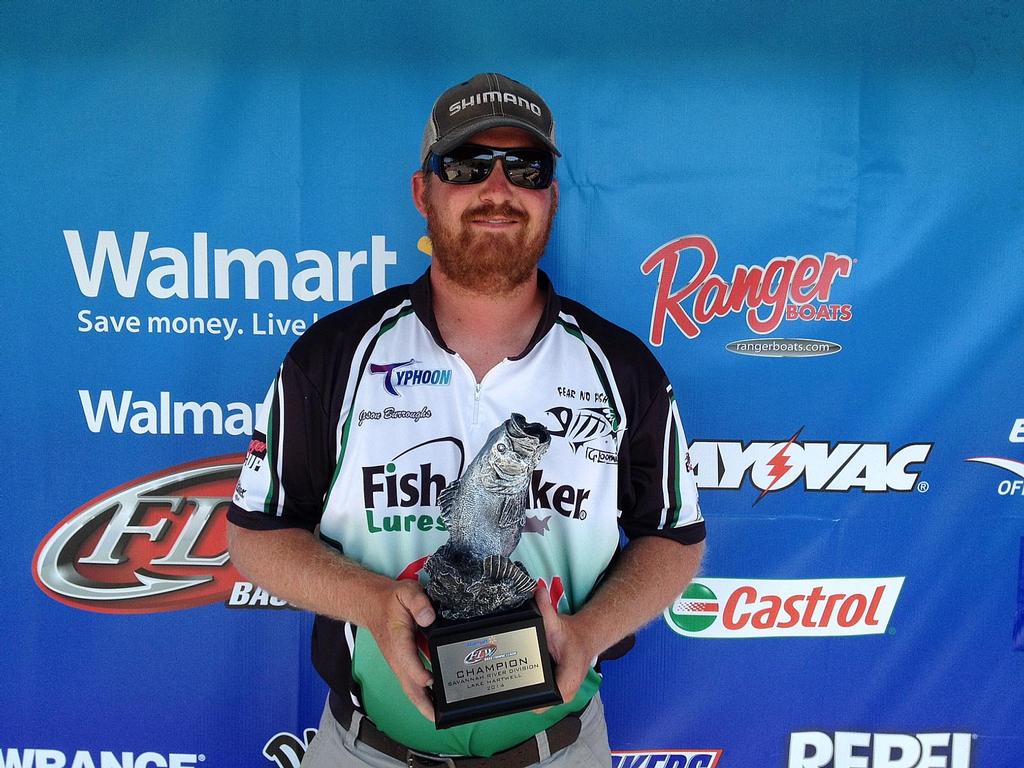 “I threw a chrome-colored Lucky Craft Gunfish 115 all day,” said Burroughs, who earned his second career FLW win. “I caught fish pretty much from start to end and probably caught 23 or 24 bass total.

“I was targeting the blueback herring spawn on red clay points. I started at the mouth of the Seneca River and fished about 5 miles up the lake, targeting a bunch of different points.

“I was really hoping I would win,” Burroughs continued. “I knew that I had a real good shot. But, I wasn’t sure because I actually lost a fish that was about five pounds and that would have put my weight over 20 pounds.

“It was good to win,” Burroughs said. “Once I got back to the ramp everybody was talking about how tough it was and 16 pounds was leading. I had more than 16 pounds, so I knew I would be alright.” 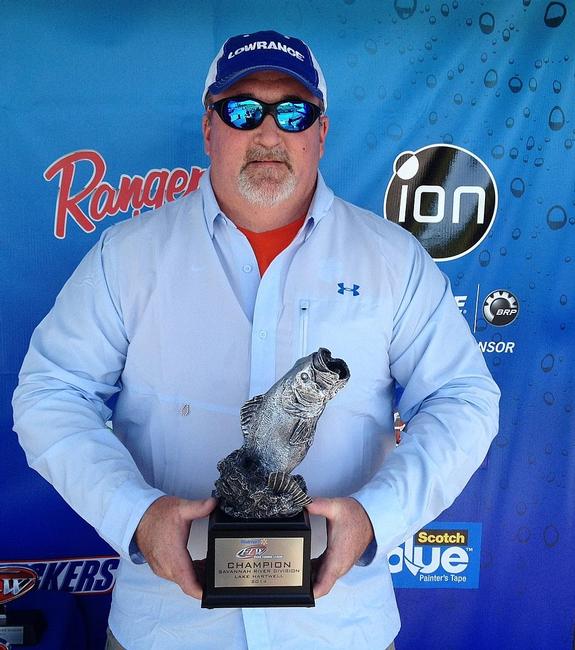 Kevin Landreth of Seneca, S.C., weighed in a five-bass limit totaling 11 pounds, 4 ounces Saturday to win $2,064 in the co-angler division.