Morrison adjusted to win on the Red River 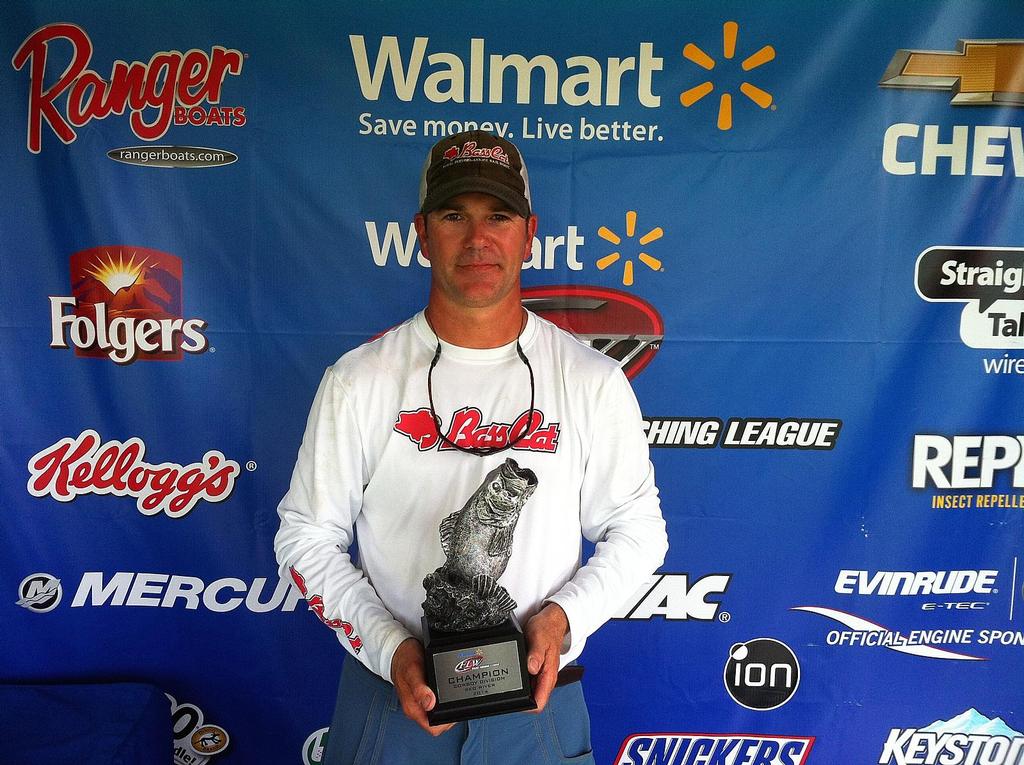 “It was very tough,” said Morrison. “The river rose about 2 feet in the past week and it changed things a lot.

“I practiced for three days earlier in the week, but it didn’t help much. I found two spots to the south that had clearer water,” said Morrison. “But, I was worried that they might get muddied up by Saturday.”

Morrison reported that his fears were well founded. One of his areas had been shot down by the rising water, and the other only produced two fish for him.

“I tried another waypoint from practice and finished out my limit there,” said Morrison. “It was a little indentation off the main river with wood and grass mats in it. I think the current was so hard that it had pushed the fish in there.

“I didn’t remotely think I had enough weight to win, but it feels great” said Morrison. “I’ve always been intimidated by the competition in the Cowboy Division, but I had my eye on this event as I felt like this was the one I had a chance to win.”

Morrison said that he caught his fish on a spinnerbait, a Netbait Paca Craw and a Reaction Innovations Sweet Beaver. 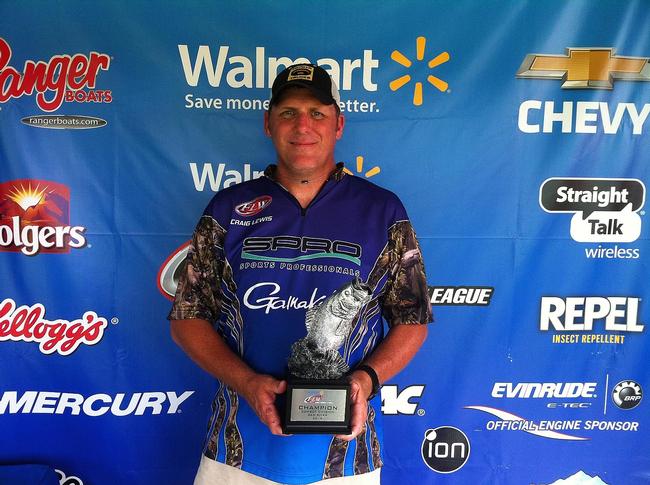 Russell Lewis of Pineville, La., weighed in a five-bass limit totaling 19 pounds, 2 ounces Saturday to win $1,902 in the co-angler division.

FLW is the industry’s premier tournament-fishing organization, providing anglers of all skill levels the opportunity to compete for millions in prize money nationwide in 2014 over the course of 229 tournaments across five tournament circuits, four of which provide an avenue to the sport’s richest payday and most coveted championship trophy – the Forrest Wood Cup. FLW tournament fishing can be seen on the Emmy-nominated “FLW” television show and is broadcast to more than 564 million households worldwide, making it the most widely distributed weekly outdoors-sports television show in the world. For more information about FLW visit FLWOutdoors.com and look for FLW on Twitter, Facebook, Instagram, Pinterest and YouTube.