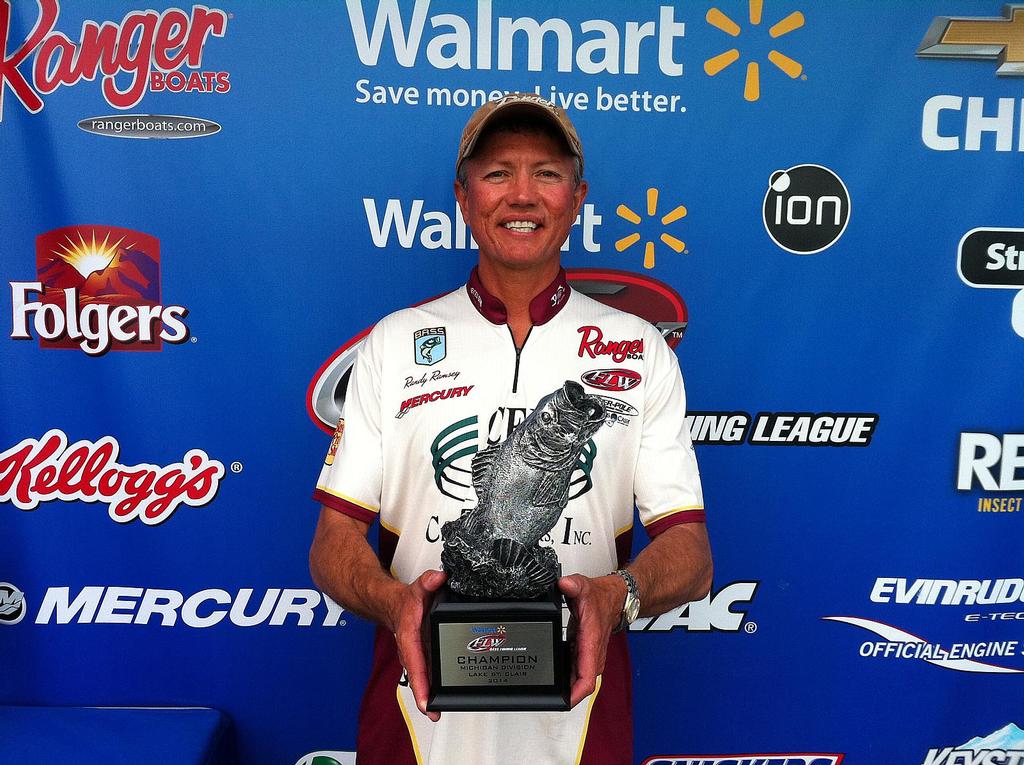 “It was one of those days that everything seemed to go right,” said Ramsey, who earned the third BFL win of his career. “Every time I switched lures it seemed like I would catch a big one.

“I was fishing in 15 to 16 feet of water and there were some weeds on the bottom,” explained Ramsey. “It seemed like the fish were where the weeds would be a little thicker. I probably caught 20 fish throughout the day. There were a lot of other boats in the area, but for some reason I had a knack for catching the bigger ones.

“I was fishing a big flat,” Ramsey went on to say. “You’d have to run for a mile to find a 1-foot change in the bottom contour. All the fish I weighed in probably came within 100 yards of each other, but not in one exact spot.

“The last fish I caught was a 5-pounder, and when I caught that I thought I would be in the top five,” finished Ramsey. “I weighed in early and took over the lead so I had to wait a long time. It was nerve wracking, but it worked out.”

Ramsey said he caught most of his bass on a Poor Boy’s Baits Erie Darter on a Texas-rig and a drop-shot rig as well as a tube on a 3/8-ounce jig head. 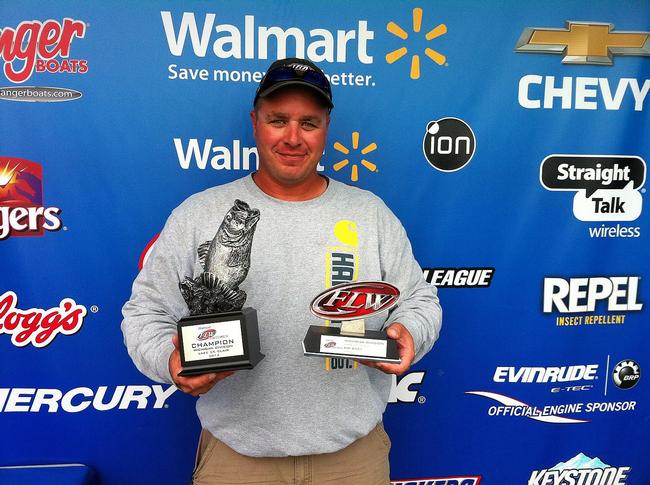 Paul Porento of Highland, Ind., weighed in a five-bass limit weighing 19 pounds, 7 ounces Saturday to win $1,958 in the co-angler division.