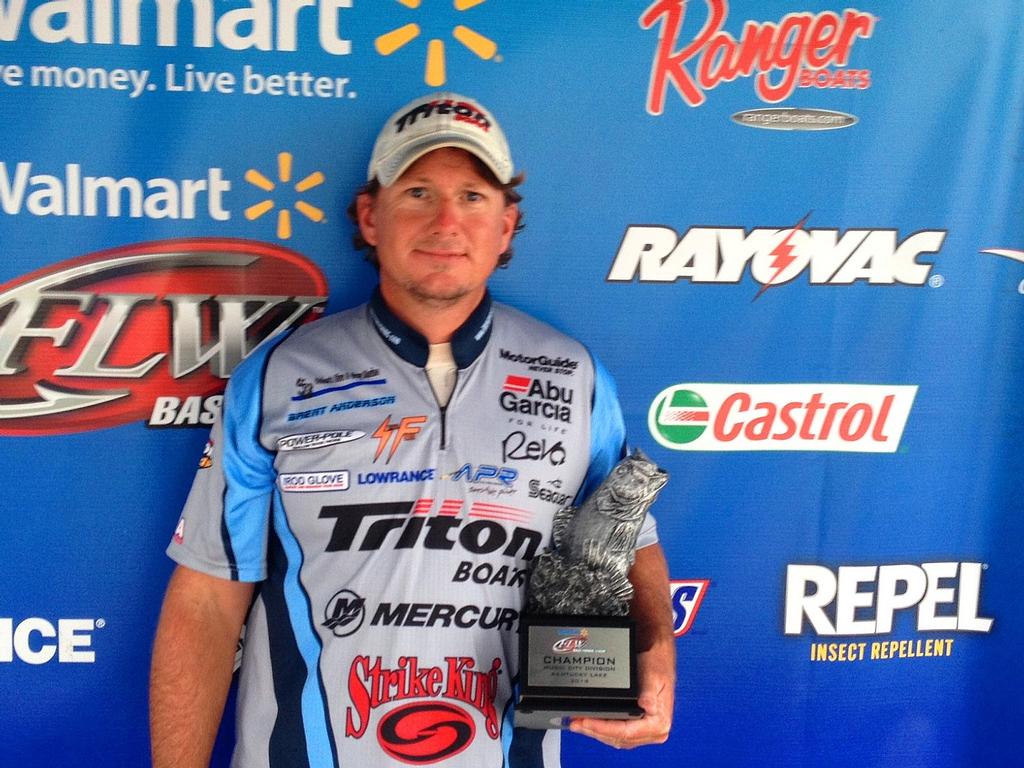 “I was fishing to win, and to do that I knew I wasn’t going to get many bites,” said Anderson, who has now won four BFL events on Kentucky Lake.

“I was concentrating on shallow ledges in 4 to 8 feet of water with isolated stumps on them,” explained Anderson. “I caught all my fish on a black and blue-colored ¾-ounce Strike King Tour Grade Football Jig with an Okeechobee Craw-colored Strike King Rage Tail Craw. I only caught eight keepers on day one.

“I started the day the same way on day two, but by noon I only had two fish,” Anderson continued. “A cold front had come in and there was an east wind and I started to think a limit might be very valuable. So, I picked up and ran to some deep schools and threw a drop-shot to finish out the day and catch the rest of my limit.

“I gambled that everyone else would struggle, and I knew I could catch some deep. It ended up being a good decision.” 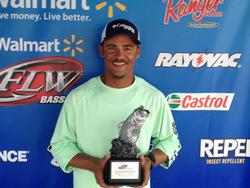 Joe Long of Moscow, Tenn., weighed in a two-day total of nine bass totaling 28 pounds, 7 ounces to win $1,986 in the co-angler division Sunday.