Daves Divides and Conquers at the James 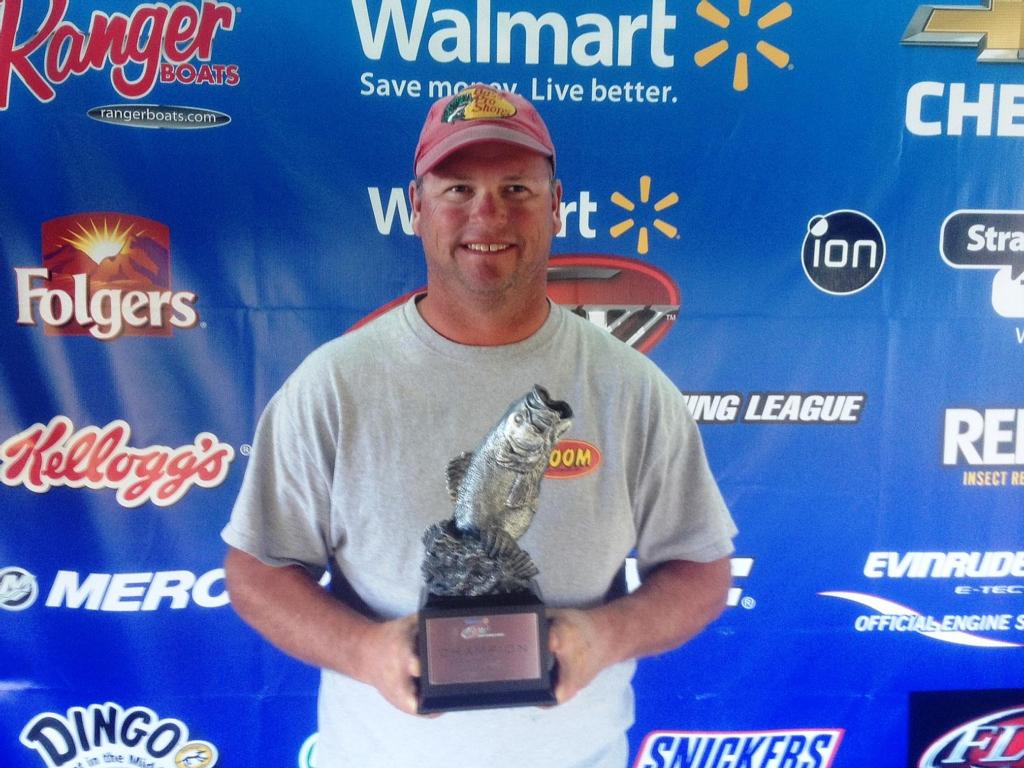 Chris Daves of Spring Grove, Va., won the Oct. 2-4 Walmart BFL Regional on the James River with a total weight of 33 pounds. Daves was awarded a Chevy 1500 Silverado and Ranger Boat with a 200 horsepower outboard for his efforts.
October 4, 2014 • MLF • Phoenix Bass Fishing League

HENRICO, Va. – Chris Daves of Spring Grove, Virginia, weighed a three-day total of 15 bass totaling 33 pounds even to win the Walmart Bass Fishing League Regional Championship on the James River Saturday. For his victory, Daves took home a Ranger Z518C with a 200-horsepower Evinrude or Mercury outboard and a Chevy 1500 Silverado as well as entry into the 2015 BFL All-American presented by Chevy. This regional tournament featured the top 40 boaters and 40 co-anglers from each of the Northeast, Piedmont, Shenandoah and South Carolina divisions.

“I would start up the James River, because the tide was lower up there in the morning, and then run down to Chickahominy Creek around lunchtime,” said Daves, who earned the third BFL win of his career. “The tide was coming in during the morning, and the further down the river you went the higher it got. But, it would start to fall in the afternoon down in the Chick. We had an east wind that kept the water high, and that’s what made the conditions so tough.”

Daves said that he caught about half of his fish in the James River, and the rest in Chickahominy Creek.

“I targeted wood with a Lucky Craft RC 1.5 squarebill crankbait in the James, and I caught some key fish on a homemade buzzbait with a gold blade and a white, blue and chartreuse-colored skirt in the grass in the Chick,” said Daves. “Up in the James River I was fishing the same places every day, because there was a lot of bait and they replenished. In the Chick I ran new water every day. I was just covering as much water as I could with the buzzbait. I wasn’t catching many fish on the buzzbait, but when I did it was a good one.

“The first day I caught a lot of keepers and the tide was good, but I didn’t catch much weight,” Daves continued. “The second and third days I only caught five keepers each day. It was hard to scratch out a limit. I caught two 4-pounders on the buzzbait on the second day, and that really was the key to my win.

“I knew it was going to be tough,” finished Daves. “I figured if I caught 10 pounds per day I would make the All-American, and that was my goal. It feels great to win. I’ve been fishing for over 20 years, but I always seem to end up finishing second or third. I’ve been doing it a long time and this was a well-deserved win.”

Daves said he also caught a few fish on a ½-ounce black and blue-colored jig. 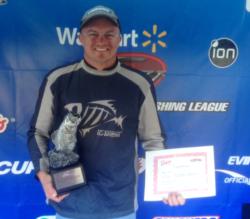 Dennis Burdette of Lindside, West Virginia, won the co-angler division with a three-day total of 11 bass totaling 22 pounds, 1 ounce. For his efforts, Adair took home a Ranger Z518C with a 200-horsepower Evinrude or Mercury outboard along with a berth in the 2015 BFL All-American tournament.