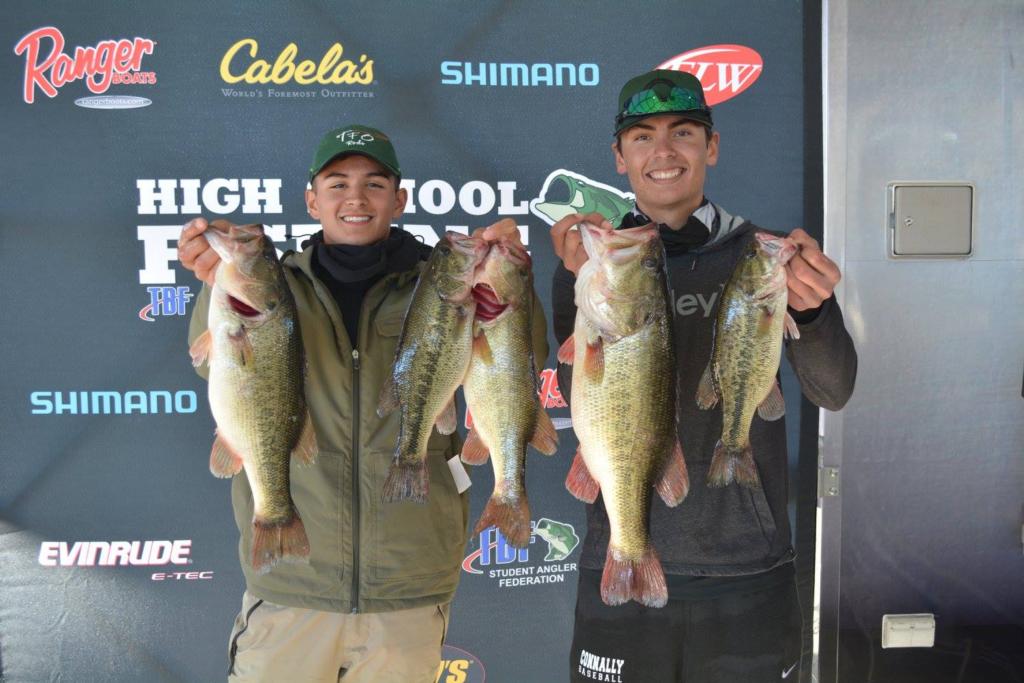 The top seven teams on Sam Rayburn Reservoir that advanced to the 2017 High School Fishing National Championship were: