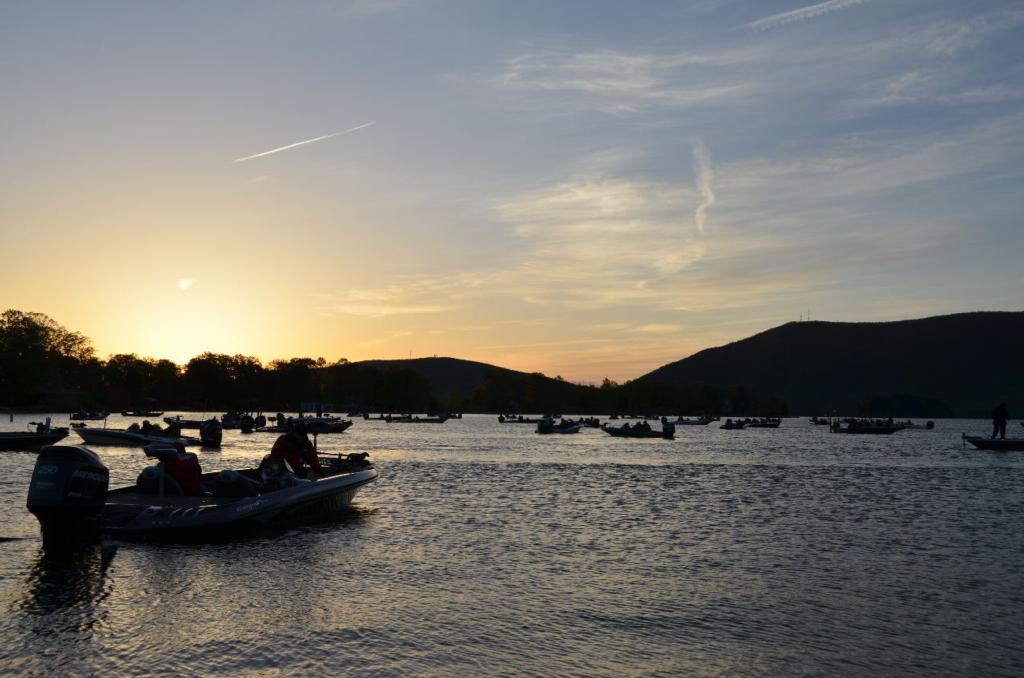 BEDFORD, Va. – YETI FLW College Fishing will continue the 2018 fishing season with an event April 21 on Smith Mountain Lake. The tournament, hosted by Visit Bedford, is the first of three regular-season events for anglers in the Northern Conference, and will feature a top prize of a $2,000 club scholarship and an invitation to compete in the 2019 College Fishing National Championship.

“The lake is fishing really good and this tournament could turn out to be an absolute slam-fest,” said local BFL angler Brian Calloway of Danville, Virginia, who has three top-10 finishes at Smith Mountain Lake in FLW competition. “The timing is just about perfect. There is a full moon coming, the fish should be on beds and it is going to be wide open.

“It’s been taking at least 20 pounds to win any tournament here since November,” Calloway continued. “Some teams will probably catch them with a spinnerbait or a crankbait in muddy water, but I think the best chance of winning the tournament will be sight-fishing.”

Calloway said that he expects Yamamoto Senkos, shaky-head rigs, Texas-rigged creature baits and Big Bite Baits WarMouth to all be popular with sight-fishing anglers. He said that jigs and swimbaits should be productive on wind-blown points.

“The main pattern will be targeting the spawning fish on the stumpy, flat points on the lower to middle end of the lake,” Calloway went on to say. “The docks could definitely play a role as well. I expect that it will take at least 22 to 24 pounds to win.”

Competitors will take off from the Parkway Marina, located at 16918 Smith Mountain Lake Parkway in Huddleston, at 6:30 a.m. EDT Saturday. Weigh-in will be held at the marina beginning at 2:30 p.m. Takeoff and weigh-in are free and open to the public.

Schools registered to compete in the Smith Mountain Lake tournament include:

California University of Pennsylvania – Colton Higgins and Jakob Bissett, both of Waynesburg, Pa.

The Apprentice School – Brian Weinz and Will Ivey, both of Newport News, Va.