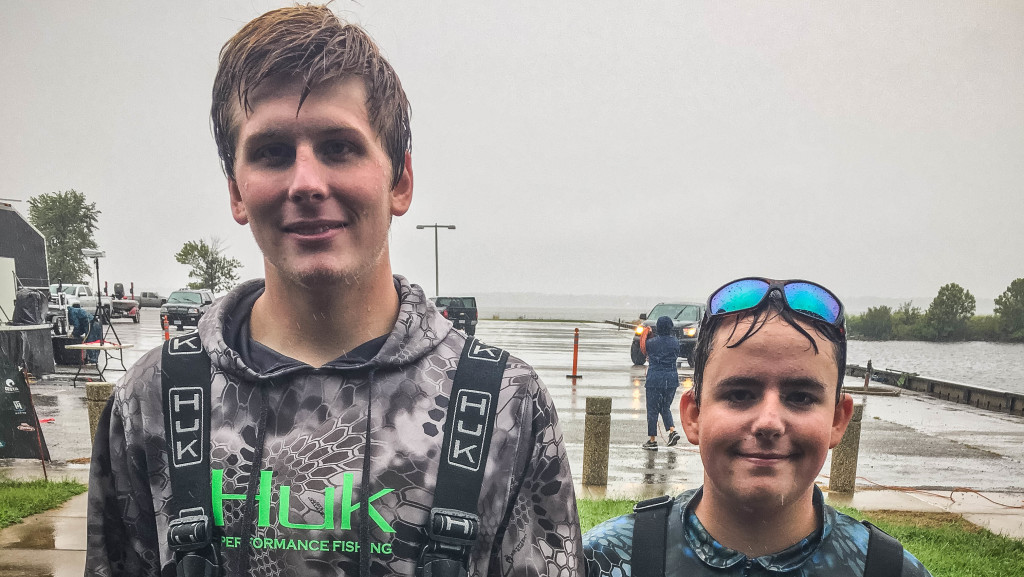 According to post-tournament reports, Jacob and Smith caught their fish throwing square-billed crankbaits near the Rend Lake dam.

A field of 18 teams battled through heavy rains and competed in the no-entry fee tournament, which launched from Wayne Fitzgerrell Sailboat Landing. In FLW/TBF High School Fishing competition, the top 10-percent of teams competing advance to the High School Fishing National Championship.

The top team on Rend Lake that advanced to the 2018 High School Fishing National Championship was:

The 2018 Bass Pro Shops FLW High School Fishing Rend Lake Open was a two-person (team) event for students in grades 7-12, open to any Student Angler Federation (SAF) affiliated high school club in the United States. The top 10 percent of each Challenge, Open, and state championship field will advance to the 2019 High School Fishing National Championship on a body of water that has yet to be revealed. The High School Fishing national champions will each receive a $5,000 college scholarship to the school of their choice.