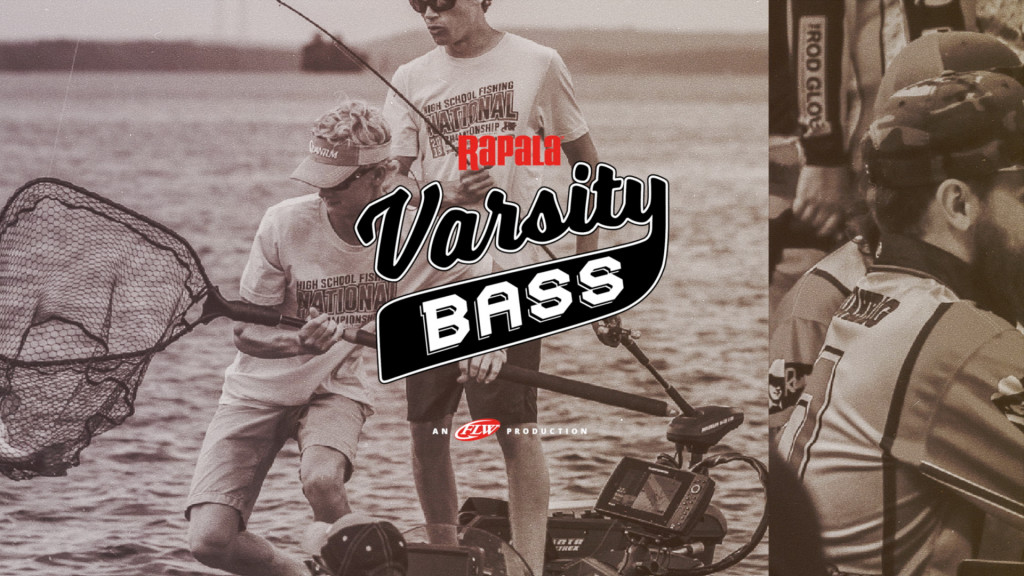 MINNEAPOLIS – Fishing League Worldwide (FLW), the world’s largest tournament-fishing organization, announced today that they are seeking applicants to be featured in a new, original YouTube based reality series, presented by Rapala, called Varsity Bass. Applicants should be a current high school or college fishing angler or team and are asked to submit their video through social media.

Similar to the hugely successful FLW Circuit Breaker series, each episode will document life as an angler that is just starting out in the sport of tournament bass fishing. It will allow fans to experience firsthand what life as a student angler is really like and feel both the thrill of victory and the agony of defeat as it happens to the young anglers competing in the YETI FLW College Fishing and Bass Pro Shops FLW High School Fishing Open circuits. A new angler or team will be featured in each episode.

“We are extremely excited to partner with FLW and showcase the talented young bass anglers that compete at the high school and college levels,” said Matt Jensen – Director of Marketing for Rapala USA. “We know that there are some unique, compelling stories that are waiting to be told and after the success of FLW’s Circuit Breaker series we are eager to see what the talented production team at FLW can come up with. Rapala is proud to be associated with such a fresh and innovative idea, which matches our strategic initiatives to support the fast pace growth of youth fishing!  We expect Varsity Bass to be a huge success.”

Anglers are encouraged to submit a video – up to 10 minutes in length – that captures why they would be a great fit to be featured on Varsity Bass. Personality, creativity, uniqueness and passion for the sport are all qualities that producers of the show will be looking for on the submission videos.

To apply, visit http://bit.ly/VarsityBass. Videos should be uploaded to YouTube with the privacy set to “Unlisted.” Video links along with the application can be submitted starting Monday, Nov. 19 through the end of the year.

FLW is the world’s largest tournament-fishing organization, providing anglers of all skill levels the opportunity to compete for millions in prize money in 2018 across five tournament circuits. Headquartered in Benton, Kentucky, with offices in Minneapolis, FLW and their partners conduct 286 bass-fishing tournaments annually around the world, including the United States, Canada, China, Italy, South Korea, Mexico, Portugal, South Africa, and Spain. FLW tournament fishing can be seen on the Emmy-nominated “FLW" television show, broadcast to more than 564 million households worldwide, while FLW Bass Fishing magazine delivers cutting-edge tips from top pros. For more information visit FLWFishing.com and follow FLW at Facebook, Twitter, Instagram, YouTube and Snapchat.