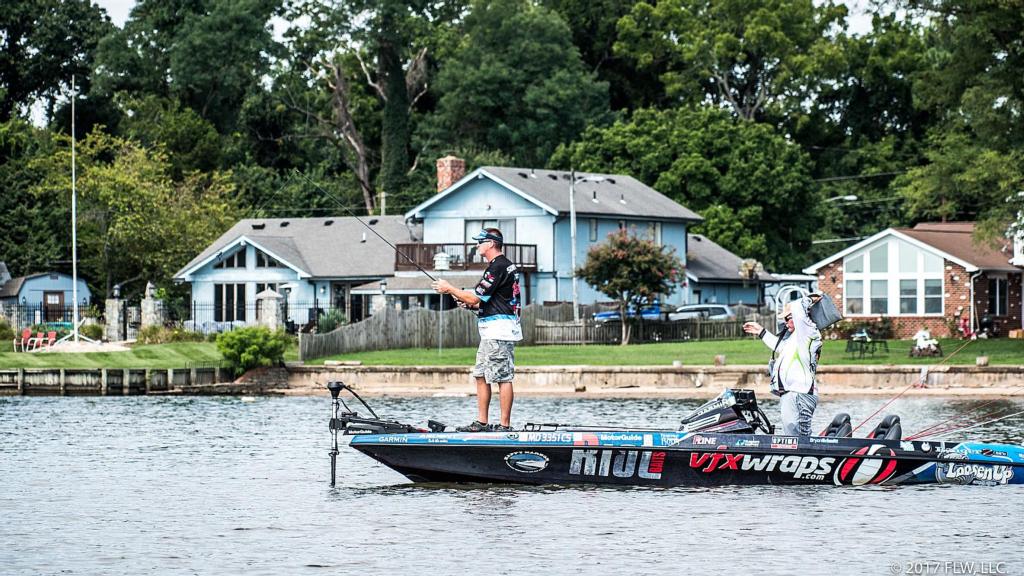 CHARLES COUNTY, Md. – The Potomac River is set to host some of the top regional bass anglers Aug. 22-24 for the Costa Fishing League Worldwide (FLW) Series Northern Division tournament on the Potomac River presented by Lowrance. The three-day tournament will feature a field of more than 250 pros and co-anglers vying for the top prize package of up to $92,000, including a brand new Ranger Z518L boat with a 200-horsepower Mercury or Evinrude outboard in the Pro Division. Valuable points in the Northern Division presented by Gajo Baits Angler of the Year race are also up for grabs.

“I think the Potomac River is going to fish pretty well,” said FLW Tour pro Bryan Schmitt, of Deale, Maryland, who has three career wins in Costa FLW Series competition on the Potomac River. “Over the last two months a substantial amount of hydrilla has started to grow. It’s got the water really clean and turned the river into a better fishery.

“I think we’ll see traditional Potomac tactics [next week] – flipping grass with creature-style baits like a Missile [Baits] D Bomb, topwaters in the grass, swimjigs, ChatterBaits, and stickbait worms,” said Schmitt. “Some hard structure like docks or rocks will be in play, but it will mainly be a grass deal. It’s going to be about who can find that magic spot within a spot, or who can get that magic place to themselves.”

Schmitt went on to say that mid-river has been really productive, especially Quantico and Chicamuxen creeks. He mentioned Potomac Creek, which is farther south, as well.

“I think it will take 46 pounds over the three days to win – 15 pounds a day will be banging on the door for sure,” said Schmitt. “I typically would predict a hair more, but it’s fishing a little bit tougher than normal. There will be a lot of fish caught, though, and a lot of good ones, too.”

Anglers will take off from Smallwood State Park, located at 2750 Sweden Point Road, in Marbury, Maryland, at 6:30 a.m. EDT each day of competition. Weigh-ins each day will also be held at the park beginning at 2:30 p.m. Takeoffs and weigh-ins are free and open to the public.

The tournament is being hosted by the Charles County Board of Commissioners.